Hopes that driverless vehicles soon could move out of the pages of science fiction novels and on to the road have received a boost of late with a series of announcements reinforcing government and corporate interest in related technologies.

There may have been plenty of teething issues — one of Google's driverless cars rear-ended by a human driver, for example — but R&D dollars continue to flow into the sector.

The U.K. government also announced last weekend that it will pump $623 million more into an autonomous vehicle research project aimed at making the country more inviting for the technology.

Auto giant Toyota, meanwhile, confirmed that it is backing a $10 million testing ground at the University of Michigan in Detroit, which will simulate real-world situations using four miles of roadways.

But how green are these emerging autonomous vehicles? Are they part of the green car revolution, or will they simply serve to strengthen the grip of unsustainable fossil-fueled vehicles on the global market?

With autonomous cars expected to dominate the mainstream automotive market by 2040, according to the Institute of Electrical and Electronics Engineers, many industry experts reckon there is huge potential to combine self-driving and environmentally friendly auto technologies.

The industry recognizes this opportunity, with researchers and developers increasingly making use of clean energy technologies to test self-driving vehicles, which are often electric or hybrid.

In Greenwich, England, for example, the GATEWay project is implementing an electric autonomous shuttle vehicle, bookable by the public from a mobile application, and delivering people between two points.

Iwan Parry, program development manager for Transport Research Laboratory (TRL) and the GATEWay project, explained to BusinessGreen that the program believes electric vehicles go hand-in-hand with urban applications for autonomous vehicles, although he acknowledged that the alternative powertrain was not a necessity.

But even if automakers eschew the opportunity presented by electric vehicles, autonomous cars can deliver emissions savings.

The use of energy-optimizing controls to restrict the wasteful braking and accelerating humans drivers often indulge in leads to significant fuel efficiency improvements.

For example, vehicles are able to monitor speeds and braking, while also automatically stopping and starting engines where appropriate. In addition, the cars are expected to use on-board GPS and communication with other vehicles to work out the optimal route to a destination.

Parry explains that an autonomous vehicle's ability to interact with a network of other vehicles, while also delivering greater efficiency of movement, allows it to deliver the same transportation output as a conventional vehicle with a lower environmental impact, resulting in less congestion, lower emissions and better air quality.

The more sustainable use of fuel and energy also offers significant economic benefits. With lower fuel usage and more miles to the gallon, autonomous vehicles may be cheaper to run.

Additionally, advocates of the technology reckon that on top of the operational cost savings, businesses will be able to benefit from their employees being able to work on their journeys, too.

Perhaps one of the most revolutionary changes offered by driverless vehicles, however, is the possibility of a shift away from ownership of personal vehicles.

With on-demand, driverless vehicles that can deliver a person from point A to point B, then pick up another passenger, shared ownership models may become the norm, Parry predicted.

This sentiment echoes research by consultants McKinsey & Co., released earlier this year, which suggested that commuters may be more likely to use driverless vehicles as taxis or car-sharing services, due to the car's potential to drive itself to another destination after delivering a person to their destination.

A small-scale version of this citywide vision is already operating, as the British town of Milton Keynes tries out an autonomous shuttle running between its railway station and city center. Commuters can book a spot for $3 from their smartphone and travel at a comfortable 12 mph.

Parry argues, however, that a driverless mass-transit system would not replace conventional systems but complement them, using space freed up from cars that are no longer on the roads to serve more people.

Autonomous vehicle technology does still have a host of hurdles to overcome, however.

Elon Musk, chief executive of auto giant Tesla, revealed last week that the driverless car the company is working on is struggling to pick up unclear road markings, delaying the launch of the widely touted technology. There are also concerns about self-driving cars' ability to drive on multi-lane roads and in difficult weather.

Meanwhile, Parry told BusinessGreen work was needed to enhance the regulatory framework governing the emerging technology and convince road users the technology is safe and effective.

The U.K. government this week published a new code of practice for autonomous car trials — something regional governments such as the state of California also have done — but experts believe a more wide-ranging regulatory framework will be needed before the technology can move to market.

Despite these challenges, Google, Tesla and Mercedes-Benz, amongst others, already have announced that they could be selling a driverless vehicle that could work on some roads by 2020. ABI research predicts fully self-driving cars will be ready the same year.

The emergence of autonomous vehicles will spark inevitable concerns about safety, privacy and job losses across numerous transport sectors, but the technology also promises to open up a new avenue for the fast-expanding green automotive sector. 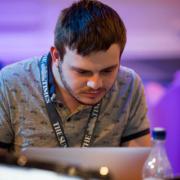 See all by James Phillips