Last year, when then-California Gov. Jerry Brown brought the world's climate leaders together in San Francisco for his Global Climate Action Summit, IKEA CEO Jesper Brodin took the opportunity to announce a bold transportation pledge. The Swedish retailer — well known for both its ready-to-assemble furniture and its aggressive environmental actions — committed to having electric vehicles deliver the last-mile portion of all of its product shipments to customers by 2025.

To start working on that audacious goal, Inkga Group, the parent company of IKEA, said it plans to electrify its last-mile delivery in Shanghai, Paris, Los Angeles, New York and Amsterdam by 2020 — yes, next year.

Think it sounds impossible? At the beginning of 2019, IKEA said it already had accomplished that goal early in Shanghai. Every IKEA delivery in Shanghai is being made in an electric vehicle.

In a market where many large truck fleet owners are just starting to pilot electric vehicles, how was IKEA able to accomplish such a task and how will the company reach the rest of its last-mile EV goals?

"Collaboration," said IKEA's head of sustainable mobility at Inkga Group, Angela Hultberg, in an interview. "I think collaboration is one of the biggest lessons learned. We can't do this by ourselves, and this can't happen in isolation."

IKEA doesn't own its own fleet, and its products are delivered via roughly about 10,000 vehicles globally that are owned or operated by delivery partners such as DHL, UPS and PostNord (Swedish and Danish postal service). So basically, IKEA has to convince its fleet partners that electric last-mile delivery is the way to go.

Collaboration is one of the biggest lessons learned. We can't do this by ourselves, and this can't happen in isolation.

The company has a solid argument these days. Hultberg said that "there is a return on investment to this," because maintenance costs and operational costs of electric delivery trucks are lower than traditional diesel-powered delivery trucks.

Indeed, a report published by the North American Council for Freight Efficiency last year found that a medium-duty urban delivery van that has a stable route of between 50 to 100 miles per day could be one of the earliest commercial vehicles to economically go electric. That's because charging can be done predictably, stop-and-go traffic can tap into regenerative braking and there’s a sweet spot of miles driven (enough miles to save money on fuel but not too far to exceed the battery range).

Delivery giants UPS, FedEx and DHL all have been buying electric delivery vans where it makes sense in specific cities. DHL has set a target of operating 70 percent of first and last-mile delivery services with "clean transport modes" by 2025. Last month, the company said it would roll out 30 electric delivery vans in the San Francisco Bay Area made by Workhorse Group.

EVs are the best option on the market today for reducing transportation carbon emissions, Hultberg said. "What is available today is good enough to start. It's already here," she said.

There's also "the cost of not doing this," Hultberg said. A handful of cities in Europe plan to prohibit fossil-fuel-powered vehicles from entering certain city centers. So if IKEA didn't have zero or low-carbon vehicle delivery options, it might not be able to deliver goods in certain European zip codes. 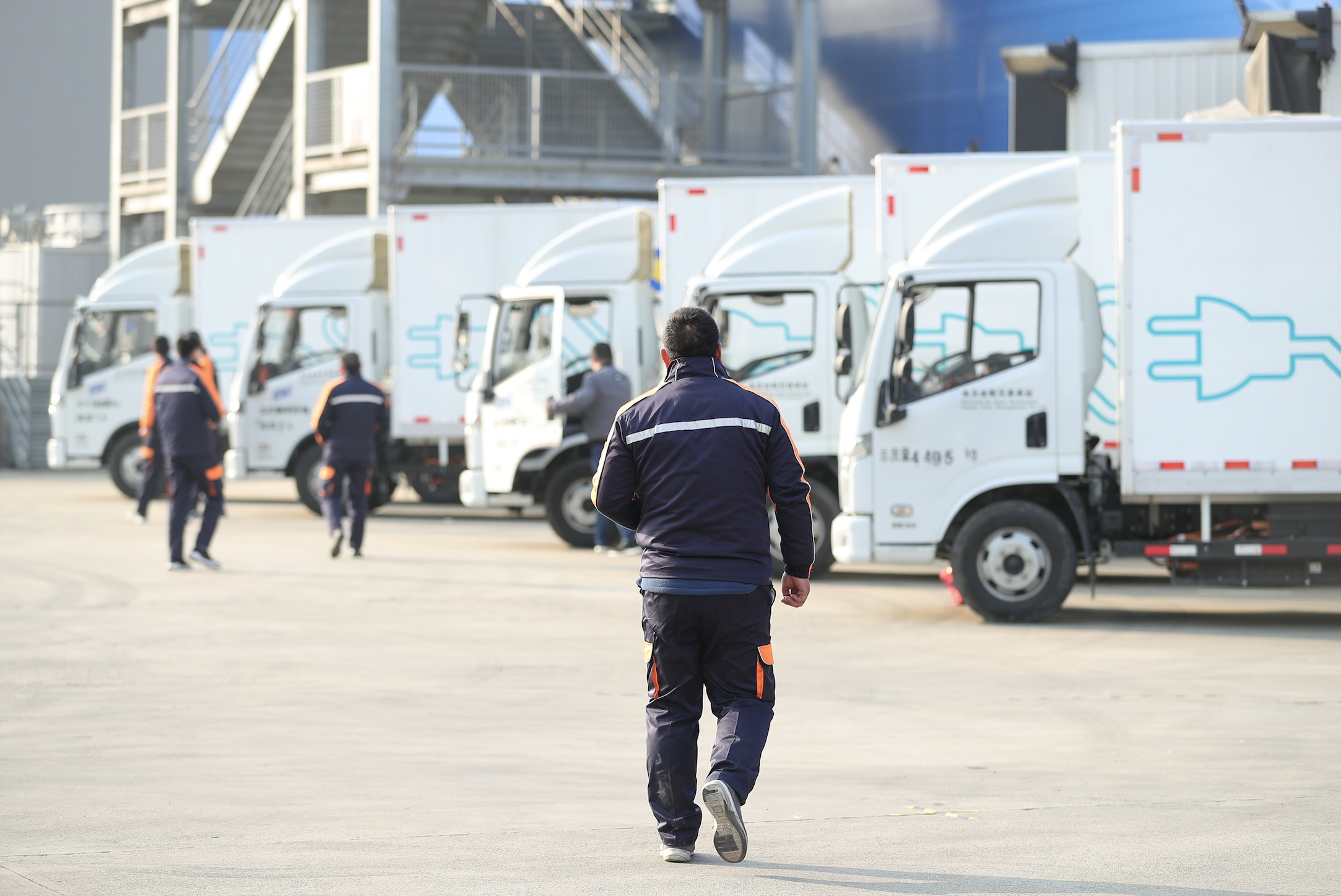 How did IKEA get Shanghai done so quickly? In that city, IKEA worked closely with a warehousing and distribution partner called Beiye New Brother Logistics Co. and an electric vehicle leasing company named DST. The two companies helped create an electric vehicle and vehicle charging sharing platform for IKEA, "which is completely new for us, and gave us access to vehicles."

"It changed our ways of working a bit, but they were open to it," Hultberg added. Beiye New Brother "was eager to go on this journey with us" and "wasn’t afraid of trying new ways."

IKEA likely will have to use similar outside-the-box thinking, and an emphasis on partnerships and collaboration for the next four cities in Europe and the United States that it intends to tackle. But its strategy in those places won't be a cut-and-paste of what it did Shanghai. "There are four ways at least to solve this. There's no blueprint solution," Hultberg said.

IKEA might be one of the first big companies in the world to start pushing its delivery suppliers to adopt electric. It was one of the first organizations to sign onto The Climate Group's EV100 pledge in September 2017. But it won't be the last.

Etsy and Amazon are two of a growing number of companies that are beginning to look into the carbon emissions of their shipping supply chains and that have committed to figuring out new practices to reduce those emissions.