How 'An Inconvenient Truth' influenced a generation of professionals

Today marks the 10th anniversary of the release of the Academy Award-winning film "An Inconvenient Truth." To commemorate this anniversary, Paramount Pictures and Participant Media have launched the "Share Your Truth" campaign, a series of videos from environmental leaders, business owners and government officials around the world telling personal stories of the impact the film had on them.

That inspired us to do our own version.

As I look back 10 years from today, my first viewing of the film doesn’t elicit a "where-were-you-when" moment. I was preparing to launch a new green service for AMR Research (since acquired by Gartner Group) and was familiar with much of the science. The a-ha moment for me really came that fall with the release of the DVD. Visiting family in rural upstate New York, I stopped in the local Walmart and found the film packaged with a Philips CFL light bulb. I was impressed with Walmart’s attempt to combine climate change education with a "free-prize-inside" to increase consumer’s energy efficiency. Ten years later the retailer continues to push green alternatives even if the consumer education has become less overt.

Visiting family in rural upstate New York, I stopped in the local Walmart and found the film packaged with a Philips CFL light bulb.

I now lead the GreenBiz Executive Network, our member-based, peer-to-peer learning forum for sustainability professionals. In the run-up to the film’s anniversary, I reached out to some of our members to get a sense of what the movie meant to them. I’m sure Al Gore and everyone involved in the production would be pleased to learn of the impact his film had on these careers. 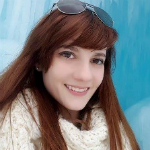 When "An Inconvenient Truth" was released 10 years ago, I was in the middle of my undergrad career in chemistry. Despite eventually studying climate change in grad school, it was only after I entered the workforce that I tied my ambitions to the film. I saw it being used as a divisive, politically charged touchstone — when science has no inherent political opinion. I decided that I wanted to be a voice for the environmental movement — one without a perceived agenda, if at all possible. This film is the reason I went into corporate sustainability and communications. 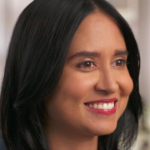 "An Inconvenient Truth" personally impacted my career and work. It was one of those breakthrough films and moments when it comes to creating broad based public understanding, constituency building and acceptance of climate change. 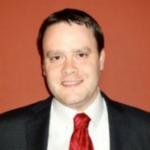 The movie came along at a time when I was looking to change the focus of my career. It lead me down a path to better understanding the science behind the issues around climate change, the risks to society and how I might better align my career with identifying mitigating solutions. Looking back, it was one of the factors that helped me develop and communicate the value of my current role in a way that others saw value. 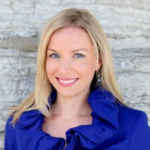 "An Inconvenient Truth" was released one year before I began my career as sustainability professional. Al Gore’s courage and commitment to science-based decision-making cemented my conviction that climate change is the greatest challenge facing our society — and businesses — today.

The movie marked an important moment in the dialogue about climate change. It may not have bridged the political divide associated with climate change that still lingers in the United States; in fact, some may argue it increased the divide. GreenBiz chairman and executive editor Joel Makower saw Gore give an early presentation about climate change, the basis for what became the movie, at the Beacon Theater in New York on a blistering cold day in January 2004. He also saw another Gore presentation more recently and shared the following observation:

"I think the movie's impact has cut both ways. It certainly drew attention to the topic, and to Gore, but his relentless doom-and-gloom message has been challenging for many, leaving a lot of people feeling angry, scared and powerless. In 2014, I saw him give the latest version of his climate spiel, at Salesforce.com’s Dreamforce conference in San Francisco. He promised to leave the audience with some optimism by the end of his presentation, but that optimism turned out to be a few words about solar energy and electric cars. I honor what Gore has done, but it frustrates me that he doesn’t adequately portray the incredible opportunity — for business, jobs, communities as well as the planet — that’s possible from taking on the climate challenge.”

Gore's relentless doom-and-gloom message has been challenging for many, leaving a lot of people feeling angry, scared and powerless.

I’ll choose to look at it another way. With the signing of the recent U.N. accord and the upcoming Clean Energy Ministerial in San Francisco, the film helped lay the groundwork for businesses and international governments to work toward solutions that will improve the lives of future generations.

More important, as each of these testimonials reveal, the personal impact the film had on what was then an emerging corps of sustainability professionals may serve as its greatest legacy.

The film will be available today (May 24) as a free digital download for a 24-hour period from major digital retailers, including Amazon Video, Cineplex Store, Comcast Xfinity On Demand, FandangoNOW, iTunes, Microsoft Movies & TV and VUDU.