Earlier this month, President Donald Trump suggested that a new round of tariffs on Chinese imports would hit several categories of products not previously impacted by the escalating trade war between the two countries. The proposed measures would cover an additional $300 billion of Chinese-made products, primarily consumer goods such as electronics, apparel, footwear and toys.

Originally, these tariffs were scheduled to kick in Sept. 1, just ahead of the critical holiday shopping season. More recently, however, the administration has signaled it will hold off until December.

Over the past year, the consumer goods sector has explored a variety of mitigation strategies to cope with tariffs, including — perhaps most notably — moving production out of China. This latest back-and-forth may accelerate this response as companies seek increased certainty by shifting to suppliers in countries not embroiled in trade disputes. However, rapid changes to supply chains also may expose companies to greater risks.

Eager to avoid the higher costs associated with tariffs, several consumer goods companies are considering shifting, or already have shifted, their supply chains away from China — in most cases seeking alternative manufacturers in countries that offer similar manufacturing capacity for a comparable cost.

Data from the U.S. Census Bureau documents this shift. The bureau reports that imports from China fell 13 percent in the first six months of 2019, while Vietnam’s imports to the United States have risen 36 percent from 2018. According to the Wall Street Journal, companies that make consumer goods as varied as Crocs shoes, Yeti beer coolers and Roomba vacuums have begun to move production to other countries to lower costs.

Once suppliers achieve these initial requirements, they’re monitored on an ongoing basis and must comply with periodic audits. Companies invest a significant amount of time and money to establish and maintain a secure supply chain, and over the long term such investment typically results in fewer production disruptions and reduces a company’s exposure to regulatory, social and environmental and reputational risks, among others.

As China and the United States continue to introduce new tariffs and exchange threats, companies may forego these precautions as they attempt to quickly redirect production. This situation could be exacerbated given that the factories with available capacity to accept new orders are likely to have lower standards.

For instance, in 2013, 23 workers were injured as police attempted to break up a 3,000-strong protest at a facility in Cambodia that produced clothing for Nike. More recently, CNBC reported, "Amazon investigating claims its Chinese supplier used illegal child labor to make Alexa devices." These are consumer-facing brands and such reputational damage can extract a toll on business.

Companies and investors alike have long recognized the importance of effective supply chain management. Correspondingly, the Sustainability Accounting Standards Board, or SASB, has identified supply-chain management as an issue that is likely to have material financial implications in four out of the seven industries in the consumer goods sector.

While it’s still too early to determine how this regional shift in production will affect companies in the sector, investors and investment stewardship teams would be well served to engage with company management, as well as the board of directors, to better understand how they are managing the risks as they move production to new geographies.

In the context of supply chains, these questions focus on matters such as a company's approach to auditing supplier labor and safety conditions, and the company’s efforts to mitigate the greatest labor, environmental, health and safety risks within its supply chain. Gauging the response from company management and the board of directors should provide significant insight into how well positioned the company is to manage the risks associated with relocating supply chains.

Here, perhaps more than usual, corporate risk managers — and those who oversee their efforts — will be walking a fine line between caution and imprudence. Amid this market uncertainty, however, investors still can count on relevant and reliable information to provide the bedrock for effective decision making. 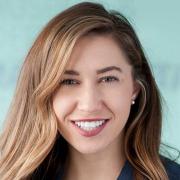 See all by Taylor Reed