<p>With cities growing more crowded, many are looking to IT to map problems and find solutions</p>

Editor's Note: To learn more about IT and sustainable cities, be sure to check out [email protected], November 12-13.

Cities are home to more than half the world's population, and many are feeling the pressure of urban challenges such as poor sanitation, overcrowding and inadequate transportation.

That's where information and communications technology (ICT) comes in. In Worldwatch Institute's report State of the World 2012: Moving Toward Sustainable Prosperity, released in April, author Diana Lind detailed the enormous benefits of ICT for cities in need of sustainable urban planning tools.

Her chapter “Information and Communications Technologies Creating Livable, Equitable, and Sustainable Cities” notes how many cities are teaming up with businesses and using ICT tools such as smart meters, data visualizations and even mobile technology to promote urban sustainability. In one instance, General Electric (GE) is helping Rotterdam drastically cut CO2 emissions to half its 1990 levels by creating energy efficiency and improving water management.

Lind sees a difference in the way ICT might be applied in the U.S. as opposed to non-U.S. cities.

"In the United States, there's an growing willingness to open data and use that information to improve how a city functions, but there's often a very small budget for ICT improvements," Lind said. "I think that abroad, particularly rapidly urbanizing parts of Asia and Latin America and some eco-conscious European cities have been able to use technology and their budgets to make their cities 'smarter.' One thing the US has going for it is a real community of civic hackers who are a crossbreed of tech and urban renewal advocates — this ultimately may make up the difference for American cities."

In her State of the World chapter, Lind lists three major ways cities can use ICT to boost sustainability:

Open access to data. Sharing information creates the possiblity of making connections among seemingly disparate variables. The Spatial Information Design Lab at Columbia University in New York used data to establish the connection between crime and poor housing, education, and health care. Similar research may allow authorities to prevent crime by targeting policies around education and poverty reduction in neighborhoods with high concentrations of felons, which could help in preventing crime.

Community mapping. How can a city know where to provide services or how to plan for growth if it doesn't know where all its citizens are located? Kibera, the largest slum in Nairobi, Kenya was excluded from city maps despite the fact that houses about 1 million people. After an independent team of researchers, in a partnership with Kibera youth, created an interactive map of the area, the team managed to get Kibera placed on official Nairobi maps. A resulting project, Voice of Kibera, helps citizens report robberies or fires and hold discussions by text message.

Community watch. City authorities can use ICTs to help them respond to local concerns and boost involvement from the community. One example: a grassroots mapping community based in Massachusetts helped identify contaminated areas in the Gulf of Mexico after a major oil spill and an illegal dumping site in Brooklyn, New York. The project, called the Public Laboratory for Open Technology and Science, takes advantage of low-tech and often low-cost materials like helium balloons and digital cameras so it's easy for local community members to get involved.

Still, there's plenty that ICT can't do. “ICT can be an excellent tool, but it is not the silver bullet solution to greening cities,” said Lind, who is the Executive Director and Editor in Chief of Next American City, a nonprofit organization that promotes socially and environmentally sustainable economic growth in cities in the United States. “To be effective, ICT must be used not only in mapping problems encountered across cities, but also to find sustainable solutions to those problems.” 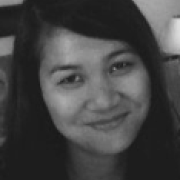