There's an investment crisis in this country. The main job engine — small to medium businesses — can't obtain the capital to expand. That's because banks are sitting like the dragons of yore on an enormous hoard of cash. They've been roosting on it since the federal government bailed them out from the financial meltdown of 2008, and have continued to do so through the years of "quantitative easing."

Even in this era when big box chain stores dominate, small- or medium-sized companies — those with 500 workers or fewer — supply half of all jobs in the U.S., nearly all of which are locally owned. In addition, a 5 to 10 percent slice of the economy is home-based or self-employed. So, as much as 60 percent of jobs in the U.S. depend on the continuing health of local businesses.

Yet 98 percent of the public is not allowed to invest in those businesses, and most of the remaining 2 percent lacks the opportunity to do so because the cost of entering the capital markets for small businesses is too high.

Making the case for better laws

Shuman's new book, "Local Dollars, Local Sense," lays out a powerful case for changing the investment laws to make it easier for everyday people to invest in the businesses they patronize in their own communities, including those in the clean energy sector.

Shuman argues that the laws restricting investment disadvantage both companies and small investors — not to mention the communities in which they reside. That's because only "accredited investors" — those with assets of at least $1 million (excluding their legal residence) or earning at least $200,000 per year — are allowed to invest in companies that haven't complied with the strict and full disclosure requirements mandated by the 1933 Securities Act.

Those requirements can cost between $25,000 and $100,000 for a company to fulfill, too high a bar for most small businesses. "Because of that exorbitant legal expense, very few local businesses have gone through the process to allow themselves to be invested in by the so-called 'unaccredited investors,'" Shuman told CSRwire.

He acknowledges the situation is beginning to shift with the implementation of the JOBS Act, slated to fully go into effect later this year. But as I wrote last year, the SEC has been lagging on writing rules to exempt unaccredited investors from putting money into companies through crowdfunding, whereby small sums could aggregate to create capital for firms and returns for investors.

Some analysts are concerned that crowdfunding exemptions will open the door to massive fraud involving vulnerable, inexperienced investors. Shuman agrees that's a risk because of the way the JOBS Act is written. He charges that the law is too broad and recommends restricting it to in-state investing: 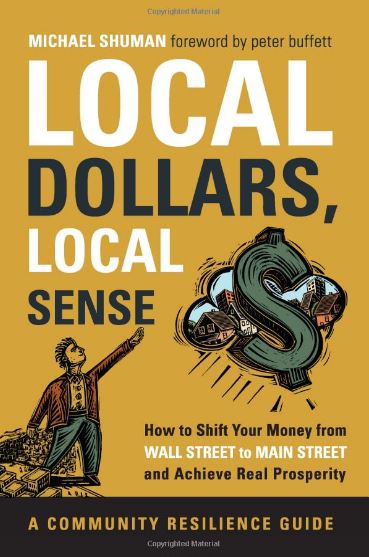 "We should focus our money on companies in our own communities that we know and trust because ultimately the best way of protecting yourself against fraud is not relying on any pieces of paper but instead to talk with the manager, talk with the workers, experience the good or service and do your own due diligence and ground-truthing."

Asserting that shifting investments from Wall Street to local businesses would be great for investors, Shuman cited evidence from Nobel Prize-winning economist Robert Schiller (author of "Irrational Exuberance") that over the long term, stock market returns aren't all they're cracked up to be in the popular imagination:

"If you ask most Americans what are the things you want to put your money into, people always talk about the stock market. I show in the book that, if you use the best data about the historic performance of the market and add dividends and remove inflation, you find the typical 12-month return on Wall Street securities has been about 2.6 percent. Frankly, that is a pathetic rate of return compared to what you can get from local businesses."

He also points to Department of Commerce statistics showing that sole proprietorships — the predominant structure of small businesses  — are three times as profitable as C corporations, with partnerships falling somewhere in between.

Many people assume that small business investing implies startups, a risky proposition for any investor. Indeed, the JOBS Act acronym stands for Jumpstart Our Business Startups. But Shuman says the sweet spot for a local investor is to put money into well-established local businesses, including those in the sustainability industry, that boast strong steady growth.

The power of cooperation

However, that's not easy to do, given current laws that stymie local investment. So what's a locally minded investor to do? Shuman's book details several ways to jumpstart the local investment trend. First on his list: cooperatives.

Co-ops are almost entirely regulated at the state level  — and most states don't define cooperative memberships as securities. That makes it relatively easy for a group of unaccredited consumers to pool their capital and create a cooperative benefitting all the members.

Co-ops, naturally composed of cooperative folks, also help each other cut the cost of complying with full disclosure requirements by sharing legal templates. That's allowed some co-ops to enable unaccredited investors to invest in them.

Creativity is also a product of cooperative minds. Shuman gives the example of Coop Power in Western Massachusetts, where members each put $1,000 into a pool that is invested in local energy businesses, such as solar installation, energy efficient appliances and biofuels. As long as less than 40 percent of the members' capital is invested, the coop is not considered an investment company.

Another avenue for local investors is to use their local bank — and not just as garden-variety depositors. "Local banks are much more likely to put their capital into the hands of local businesses than bigger banks," Shuman suggested in our interview. "But credit unions and local banks are very conservative animals. They have to make sure their business loans are as collateralized as possible.

He points to the example of worker-run fair trade coffee and cocoa company Equal Exchange. The company convinced its local bank to create special certificates of deposit around fair trade, with the understanding the money was to be targeted for Equal Exchange. As a result of these targeted CDs, Shuman told CSRwire, Equal Exchange has a $1 million line of credit.

The creative use of municipal bonds

Another avenue for allowing institutional investing in local communities is the creative use of municipal bonds. They're usually issued for large industrial development parks or other corporate attractions, but Shuman argues municipal bonds could be used to create funds to "directly or indirectly finance certain targeted local business."

He points to Massachusetts' issuance of Green Bonds, the proceeds of which are used to support small-scale infrastructure projects in energy production, water efficiency, storm-water protection and the like. Shuman predicts "a real expansion in the use of municipal bonds in the years ahead."

But, Shuman admits, the "Holy Grail of local investing" — the creation of local exchanges and revolving loan funds — is still out of reach. He told CSRwire the local investment revolution will need at least four reforms:

1. Make it easier and cheaper for small businesses to issue securities that unaccredited investors can put their money into.

2. Make it easier and cheaper for those investors to buy and sell their securities on exchanges.

3. Make it easier and cheaper for non-accredited investors to pool their securities in funds.

4. Improve the laws around institutional investing so that the custodians of those funds who want to put money into local businesses can do so without violating their fiduciary responsibilities.

Also, these steps will need to follow that order to come to fruition. "You can't establish that a fiduciary is doing a good job unless the funds they are putting their money into have a good track record," Shuman said. "They will never have a good track record unless the securities within them can be traded. You can't get liquidity in a stock market unless you have a critical mass of stocks."

Shuman is optimistic, despite the challenges. And if his prognosis for local investing turns out to be right, that will be good news for millions of job seekers, local businesses and communities. 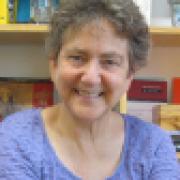 How Ontario is getting off coal

See all by Francesca Rheannon