How Kimberly-Clark brought in outsiders for further innovation

Editor's note: The following is an excerpt of an interview with Tom Falk, chairman and CEO of Kimberly-Clark with MIT Sloan Management Review’s David Kiron.

David Kiron: Over the past 10 years, what have been the big inflection points in your sustainability agenda?

TF: The place to start is really in the mid-‘90s, when I first got involved in sustainability. That coincided with the Scott merger, which is when we became a much bigger tissue company.

At that point we set a series of five-year goals. We wanted to look out far enough, have some stretch objectives, set goals and then measure them in each of our facilities around the world every quarter.

We thought we were doing a great job. We formed an outside sustainability advisory board. But they helped us recognize that we’ve eaten our own cooking for a long time, that we really didn’t have a clear view about what the rest of the world was doing and that we should be raising our gaze to a more aggressive set of goals.

I meet with the board and my leadership team formally once a year to get feedback on where we should push harder, and maybe where we think we’re doing great, but we’re not quite best in class yet. There’s been some good, open dialogue with people who think very differently from us.

DK: Presumably at some point they say, “You should push yourselves harder on this or that” and you say, “We’re not quite ready to make those kinds of steps.” Could you give us a sense of the flavor of those discussions?

TF: I would say that in the first year it was very polite. We probably had our arms crossed. We were hearing but not listening, if you know what I mean. We really weren’t internalizing it.

As we got to know each other better, we had more of a give and take. Now when they make a suggestion, we’ll talk about the practical issues.

In the end, it always pushes us a bit. They may not get 100 percent of what they want or what they think we could do, but we move farther than we would have on our own volition.

DK: So you must be collaborating differently with other organizations because of sustainability.

TF: Absolutely. I’d say we used to be really very inwardly focused and thought we had all the answers and knew where we needed to go. We had a lot of smart folks working on sustainability. But when we opened up to bring in some of the NGOs [nongovernmental organizations] and our outside advisory board, we learned how to listen better.

We now have more of an ongoing dialogue with Greenpeace and World Wildlife Fund and other NGOs, and we’re members of lots more outside groups than we used to be.

DK: Greenpeace really took Kimberly-Clark to task a while back --

TF: Yeah, that was one that we thought we were right and they were wrong, and then they thought the opposite, and there was more talking and no listening. When we finally got to the point where we could actually listen to each other, we discovered we weren’t all that far apart.

The exciting thing, the inflection point if you will, is within the manufacturing arena. We’re trying to use fewer materials and reduce our own environmental footprint. We’re extending it into other areas of the business in terms of, can we get a competitive advantage with our products in the marketplace by making real claims that are differentiated and based on real science? And can we extend it into our impact on the community and measure the benefit that we provide, as opposed to just giving away a bunch of money? Those are areas that actually build greater meaning.

Photo of tissue box provided by discpicture via Shutterstock 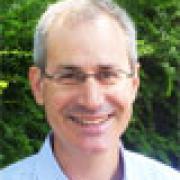 How Hilton and BSR are teaming up to improve procurement

Domtar: How the paper industry overcame the 'sins of its past'

How Caesars earned its sustainability cred with 'CodeGreen'

See all by David Kiron