How leveraging social norms can promote ethical timber use

If a tree falls in the forest, do you care how it was brought down?

Few people think about where the wood in their furniture, floors or doors comes from or how it got there. And few would guess that one of the most illegally traded wild products worldwide is a tree, rosewood (Dalbergia).

Rosewood is so widely trafficked it is called "the ivory of the forest." Its rich reddish-brown timber is used to make furniture, flooring and musical instruments. Yet many trees that produce it are threatened and internationally protected.

Rosewood is an extreme example of a wider problem. Globally, 15 to 30 percent of timber is taken illegally. According to Interpol, the illegal timber trade is worth $50 billion to $150.

This complex issue will not be solved overnight. But I believe that social science can help curb it by showing the damage illegal timber trade causes to humans and forests, and by stigmatizing the sale and purchase of contraband wood products.

The role of rules

My research uses social science to address conservation issues such as wildlife trafficking and invasive species. I focus on the role of norms and rules, which guide human behavior by signaling whether an action is common or approved. When people or organizations know that doing something is unacceptable and punishable, they are more likely to refrain from it.

Today, many rules designed to protect against timber trafficking are either not strict enough or poorly enforced. This signals that illegal activity can occur with impunity, although some nations are tightening up regulations in an effort to curb the problem.

Illegal timber is estimated to account for 50 to 90 percent of wood harvested from Amazonia, central Africa and Southeast Asia. Interpol estimates that 40 to 60 percent of timber exports from Indonesia, 25 percent from Russia and 70 percent from Gabon are illegal. In 2016, the U.S. Trade Representative’s Office estimated that 90 percent of U.S. timber imports from Peru (PDF) were sourced from illegal logging. 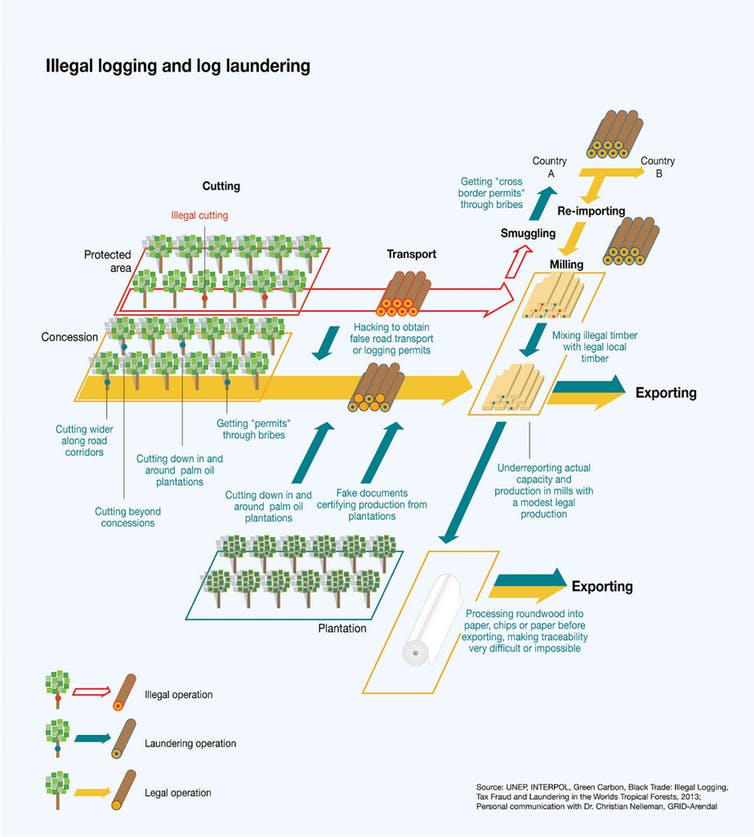 North America is not exempt. Tree poachers target centuries-old cedars and redwoods in British Columbia and the Pacific Northwest.

Illegal activities lower global timber prices by 7 to 16 percent, costing source nations up to $5 billion in lost annual revenue. This would suggest governments have a significant incentive (PDF) to act. But weak regimes, corruption and unresponsive agencies — particularly in source countries — are failing (PDF) to curb timber trafficking.

But the effectiveness of these rules often depends on sanctions that penalize rule violators. Many source countries have little capacity to effectively monitor forests or enforce penalties for illegal logging. This makes it easy for traffickers to avoid being caught.

Many source countries have little capacity to effectively monitor forests or enforce penalties for illegal logging.

Countries with few or weak regulations also act as trans-shipment points. For example, traffickers send timber from Papua New Guinea to nations such as China that do not ban illegal timber. It is then processed and exported as finished products to the United States.

Over the past decade, the United States has acted to bolster rules and sanctions against illegal timber purchases. Notably, in 2008 Congress amended the Lacey Act, which prohibits trade in illegal wildlife, fish and plants, to include timber.

But until source countries effectively can monitor and enforce laws against illegal harvesting, intercepting a single shipment does little. Importing countries — particularly the United States, European Union nations and China — also must initiate actions that reduce illegal timber production. This is where social science can play a role.

Timber trafficking has many parallels with illegal trade in charismatic and endangered wildlife, such as pangolins, turtles and rhinos. In both cases, the trade is extremely lucrative, and consumer demand is a major driver of the black market.

To reduce demand, many countries use social science to stop consumers from purchasing illegal wildlife. Social influence approaches attempt to convince us that peers are engaging in or refraining from certain actions, such as recycling or reusing grocery bags. They also can help convince organizations that certain actions are inappropriate and counter to rules and norms.

For example, advocates in China and Hong Kong have reduced pressure on endangered sharks by convincing elites and professionals through public awareness campaigns and political advocacy to eat less shark fin soup. And in Indonesia and Malaysia, Muslim clerics declared fatwas against wildlife poaching to signal social disapproval of it.

Using the powerful medium of religion and their role as public leaders, clerics have aligned religious faithfulness with existing rules against poaching. In doing so, they make it easier to peer-pressure others and further stigmatize poaching and illegal purchasing.

Governments and businesses can use similar strategies to address timber trafficking. They can educate consumers about the scale of the contraband trade and which products are likely to be illegally logged, much as ocean advocates are working to steer consumers away from buying overharvested fish. 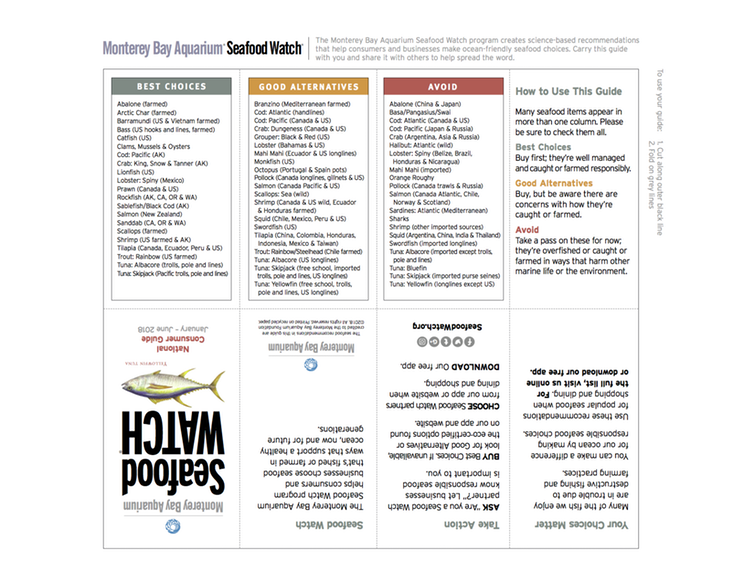 Organizations exist to track, monitor and certify timber and timber products. But awareness is not enough. Stigmatizing or sanctioning the sale and purchase of illegal timber would be a useful further step. For example, governments could destroy shipments of confiscated timber in the same way that the United States and some African countries burn or crush confiscated ivory from slaughtered elephants.

Through events such as Arbor Day, many Americans develop a generalized warm glow toward trees and forests. Portraying contraband wood products as harmful and damaging can help shape these views into more focused and sustained opposition to illegal timber trafficking. 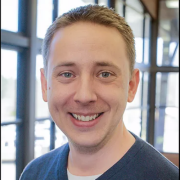 See all by Kenneth Wallen