This article originally ran on WRI.

Half a century ago, a lethal haze of smoke and fog, otherwise known as the Great Smog of 1952, covered London and killed as many as 12,000 people. More recently, in 2013, Ella Adoo-Kissi-Debrah died at the hands of air pollution. "[Ella] was the first person in the world to have air pollution listed as the cause of her death," says Ella’s friend Anjali Raman-Middleton, 17-year old co-founder of the organization Choked Up. But London’s toxic air, a longstanding problem associated with 9,000 premature deaths per year, is more than a public health and environmental issue.

The most impoverished Londoners, who are often non-white, are exposed to levels of air pollution equivalent to smoking 150 cigarettes a year, according to the British Heart Foundation. And they are not alone in facing toxic air pollution in their daily lives. These residents belong to the 90 percent of the world’s population exposed to polluted air, which causes around 7 million premature deaths each year from stroke, lung cancer, heart disease and chronic and acute respiratory diseases.

Most of London’s air pollution is from road transport, including cars, buses and taxis. When these vehicles combust fossil fuels, they release toxic air pollutants and greenhouse gas emissions, such as carbon dioxide.

Over the last two decades, London’s mayors have steadily worked to turn the city’s pollution trajectory around. Recently, Khan, elected in 2016, has pushed to implement some of the most ambitious policies to reduce air pollution across the city. The latest measure, the "Ultra Low Emission Zone" (ULEZ), is a finalist for the 2020-2021 Prize for Cities, which spotlights innovative approaches to simultaneously tackling climate change and urban inequality. Currently covering all of central London, the ULEZ requires drivers to meet strict vehicle emissions standards or pay a daily charge, encouraging residents and businesses to switch from heavily polluting vehicles to cleaner modes of transport.

The ULEZ sits within a larger policy agenda to make London a more equitable place to live while tackling the climate emergency. Launched in 2019, the ULEZ represents the culmination of almost two decades of ambitious policies aimed at taxing air pollution and reducing traffic congestion.

Working in tandem with other policies, the ULEZ has tough greenhouse gas emissions standards that vehicles must meet when driving in the zone. Vehicles exceeding the ULEZ’s emission standards pay between $17.50 and $140 to drive into the 8-square-mile zone, which covers central London. A camera system ensures vehicles are charged correctly. The ULEZ will expand the zone to London’s main circular roads, an area of roughly 140 square miles, in October.

Central to the execution of the ULEZ was the gradual and complementary nature of preceding policies implemented by previous administrations. While originally focused solely on combatting traffic congestion, charges expanded incrementally to incorporate emissions reduction measures for large vehicles, and then all vehicles, with increasingly strict standards.

In addition to complementing previous policies, the ULEZ is also embedded in London’s broader, more comprehensive package of clean mobility measures. These measures include upgrading the public bus fleet, electrifying taxis, building cycling infrastructure and closing roads during school pick-up and drop-off times. As a result, inner London’s 3.2 million residents have benefited from cleaner air, higher-quality vehicle fleets and improved non-motorized infrastructure. The number of schools facing unsafe pollution levels has dropped from 455 in 2016 to 14 in 2019, and protected space for cycling has almost tripled. A study conducted 10 months after the introduction of the ULEZ found 49 percent fewer polluting vehicles were driven into central London every day — equivalent to 44,100 vehicles — while CO2 emissions from road transport dropped 6 percent and NO2 concentrations dropped 44 percent.

No one left behind

John Lowe, a local parent and doctor, explained to WRI, "As a parent, [the ULEZ] is very important to me because my children were attending a school which was close to a busy main road, so I was particularly mindful of that. And also as a medic, I know that children are more vulnerable to the effects of pollution and air pollution."

An important aspect of implementing the ULEZ and its predecessors was measures to ease the burden of adapting to tougher emissions standards. The GLA ran a series of Integrated Impact Assessments and extensive stakeholder engagement meetings, workshops, focus groups and public consultations. These influenced the creation of a $60 million fund to help targeted groups — including small businesses and low-income and disabled residents — replace non-compliant vehicles.

A tipping point for collective action

Today, the ULEZ enjoys high levels of both public acceptability and political commitment, contributing to its massive success. But this level of public commitment was not always the case. Public opinion only shifted after the implementation of the first congestion charge in 2003, which came almost half a decade after the deadly Great Smog of 1952.

The ULEZ and its predecessors shine a light on the importance of government-led approaches that work alongside the scientific community and local stakeholders. Together, they develop a strong evidence base and build public awareness and understanding. Furthermore, dedicated and skilled civil servants have been key to upholding a long-term, participatory vision as mayoral administrations shift.

"The lessons that we have would be make sure that you really have the health case and the economic case well understood, that you have the appropriate incentives and disincentives and that you have alternatives for people," Rodrigues added. "For us, for example, a public transport system, but it's also walking and cycling."

Issues of urban inequality and climate change are often intractable for cities, but the ULEZ and its related policies show that it is possible to take effective action on issues of global importance at the local scale. London’s goal is for 80 percent of all trips in the city to be on foot, bike or public transportation by 2041. Today, the city is coming closer to achieving its vision of making London a cleaner, healthier and more equitable place to live.

The 2020-2021 Prize for Cities celebrates innovative approaches to tackling climate change and urban inequality together, showing how to live and thrive in a changing world. From five finalists, Sustainable Food Production for a Resilient Rosario, a project by the municipality of Rosario, Argentina, was announced as the grand prize winner June 29. 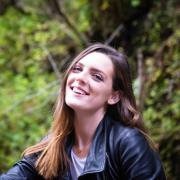 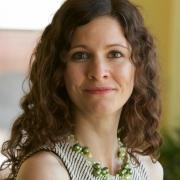 See all by Madeleine Galvin