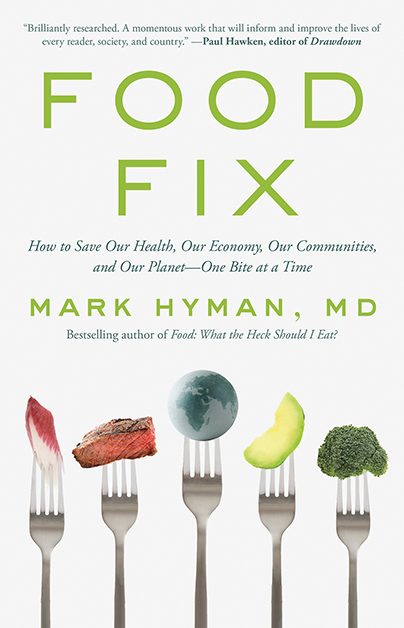 In a room full of cowboy hats, Regi Haslett-Marroquin cuts a contrasting figure. As the native Guatemalan takes the stage to address the hundreds of farmers and ranchers who have gathered in Albuquerque, New Mexico, for the 2018 Regenerate conference, his humble brilliance electrifies the room. "We are not food producers," he says, softly smiling at his paradoxical challenge. "We are energy managers."

Regi is one of the architects of the Main Street Project (MSP), a poultry-centered regenerative agroforestry system that aims to equip farmers to solve our nation’s food crisis. It’s not enough to just blame Big Ag, he says; we need to create new ways of thinking and doing when it comes to food production.

MSP starts with a regenerative farming model that is built not on a nearsighted drive toward maximum profit, but on a triple bottom line. Agriculture must be ecologically, economically and socially viable.

Regi says their methods are informed by indigenous knowledge, supplemented by farmers’ own experiential learning and validated by scientific testing. When he tells the story of chicken, he speaks of their origin as jungle fowl, living under the canopies of forests. This origin is a long way from the cages of today’s factory farms. Regi and MSP are designing a system that mimics this origin by raising chickens in food forests that produce the food sources that the chickens eat. MSP’s free-range poultry are raised in paddocks planted with a "stacking function" combination. This type of farming is called "silvopasture," or raising animals in forests or trees. Hazelnut trees provide shade, food for the chickens and an additional source of income from selling the nuts. And the trees protect the chickens from aerial predators such as hawks. Cover crops like legumes, along with the manure from the chickens, help to put nitrogen into the soil. A variety of grains grown on-site provide more chicken feed, which reduces the amount of money farmers have to spend on outside feed sources. The chickens also eat tons of insects. The farm is built as a living ecosystem, and Regi jokes that it’s easier to work with nature rather than fight it.

This type of agriculture ... is resilient and low impact, protects and builds soils, conserves water, and draws down carbon from the atmosphere, all while producing healthy, nutrient-dense food.

With their quick growth, chickens, whether for meat or eggs, provide a positive revenue stream at a low cost of entry. Think of this type of farming as a mutual fund versus an individual stock. There are multiple crops, livestock, and multiple streams of revenue, creating a healthier farm and more stable economics for the farmers. Chickens are at the center of MSP’s system because they work so well with the crops, farmers, and environment. They are a "one-stop weed-eating, bug-killing, soil-enhancing replacement for the counter-productive synthetic pesticides, herbicides, and fertilizers destroying conventional farms and their communities." This type of agriculture — diversified, intensive, integrating animals, trees, and plants in a natural ecological restorative cycle — is resilient and low impact, protects and builds soils, conserves water, and draws down carbon from the atmosphere, all while producing healthy, nutrient-dense food.

This is quite a contrast to the factory-farmed horror that is the majority of American chicken production: massive buildings where thousands of chickens are crammed into cages, are fed imported grain and antibiotics, and pollute the environment. Tyson Foods dumped 104 million pounds of pollutants into waterways, more than Exxon, and is the second-biggest industrial polluter after Big Steel. Which chicken would you prefer to feed your family? The antibiotic- and arsenic-laced industrial chickens? Eggs that are pale yellow, devoid of nutrients? Or forest- and bug-fed chickens, and eggs with deep orange yolks dense in phytochemicals and nutrients?

Everybody wins when the goal is regenerating human and environmental health rather than simply extracting a profit at any cost.

MSP helps farmers incubate their own enterprises with a goal of developing regional food systems. They are building a poultry-production system that can also help immigrant communities move from laboring in an exploitative system to owning a small business. At the same time, the community benefits from the increased access to local, healthy food and the economic boost of thriving local markets. After years proving their concept, MSP is expanding from their central farm into a regional cluster of farms in southeast Minnesota. Their blueprint is also being applied to partner farms in Mexico, Guatemala, Honduras, and South Dakota. Everybody wins when the goal is regenerating human and environmental health rather than simply extracting a profit at any cost. If the true costs of food production were included in the price, these methods would provide much cheaper food.

Regi’s story is one thread in an expanding tapestry of regenerative agricultural innovation that is occurring across the world. Efforts are underway to convert millions of acres of land to these types of integrated regenerative farms and ranches. While this innovation has developed on the margins, it’s making its way to the mainstream. General Mills, one of the nation’s largest food companies, has pledged to "advance regenerative agricultural practices" on 1 million acres of farmland by 2030. That’s a huge step in the right direction. Other companies such as Danone and Nestlé are also committing to shift their supply chain to regenerative agriculture. Purdue Farms has also responded to consumer demand by removing all antibiotics from their chicken farms, and shifting toward more organic, regenerative and pasture-raised animal farming. 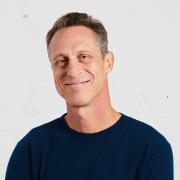 See all by Mark Hyman