How managers can become sustainability rockstars of the 21st century

Excerpted from "Can Business Save the Earth?: Innovating Our Way to Sustainability," by Michael Lenox and Aaron Chatterji. Forthcoming from Stanford University Press in May 2018. Used by permission of the publisher. Copyright 2018 by the Board of Trustees of the Leland Stanford Jr. University.

For a new innovation to address our sustainability challenge, it needs to be commercially viable. A sustainable technology that is not adopted contributes little to sustainability. Testing viability typically happens inside a company. Building successful business models and creating a robust product roadmap are not easy. The sustainability space is littered with great ideas that never saw the light of day because no businessperson could figure out a way to sell and profit from them. To save the Earth, we will also need expert managers to recognize great ideas, turn them into the products and figure out how to sell to the mass market.

Consider Elon Musk. Musk didn’t set out to save the Earth. Raised in South Africa, he moved to Canada to attend Queen's University and then to the United States to pursue bachelor's degrees in economics and physics at the University of Pennsylvania. He dropped out of grad school at Stanford at the height of the Internet boom and started a new venture called Zip2, a web software company that offered city "guides" and was later acquired by Compaq for $307 million. Shortly after this sale he co-founded X.com, an online financial services company that eventually became PayPal.

Fresh off his success with PayPal, he turned his attention to two lifelong obsessions, space exploration and renewable energy, founding SpaceX in 2002 and helping launch Tesla Motors in 2003 as an investor and chairman of the board. In October 2008, Tesla, facing bankruptcy, turned to Musk, naming him CEO with the hopes that he could turn around the company and change its fortunes. And turn around the company he did. Tesla's Model S has been one of the best-selling electric vehicles worldwide. The release of the more affordable Model 3 has opened the door to more consumer-friendly ranges (200-plus miles) and price points ($35,000 for the base model), pushing electric vehicles further into the mainstream with some help from the growing electric charging station network — more than 14,000 charging stations and close to 37,000 charging outlets across the United States in 2016.

In 2010, the company went public and has grown exponentially ever since. There is no doubt that companies like Tesla, Nissan (the Leaf) and Chevy (the Volt) are disrupting the automobile market, forcing other companies to play — BMW, Audi, Cadillac, Chrysler, Fiat, Ford, Hyundai, Kia, Mercedes, Mitsubishi, Porsche, Toyota, Volkswagen and Volvo now offer electric or hybrid models — especially in light of more stringent fuel efficiency regulations on the horizon. But Tesla's long-term vision and growth were more strategic and focused not only on electric vehicles but also on storage and sustainable sourcing.

Tesla Energy was launched in March 2015, offering "a suite of batteries for homes, businesses and utilities fostering a clean energy ecosystem and helping wean the world off fossil fuels." The only part missing was the renewable source. So in 2016, Tesla acquired SolarCity Corp, a full-service solar provider and a company that Musk was already invested in, helping his cousins start the venture in 2006. With this acquisition, the company "would be the world's only vertically integrated energy company offering end-to-end clean energy products to [its] customers." These steps have led many to predict that Musk will be the business leader who single-handedly transforms the energy and automobile industries, weaning them off of fossil fuels.

Elon Musk, Bill Gates, Jack Welch, Warren Buffett, Richard Branson, Steve Jobs, Mark Zuckerberg: leading entrepreneurs and business executives who are among the most famous people on Earth. They are rock stars of the 21st century. They are frequent guest speakers on the lecture circuit. Best-selling books are written by them. Best-selling books are written  about them. They are profiled in major motion pictures (for example, "The Social Network" or "Steve Jobs"). More often than not, they are celebrated for their vision, their tenacity and most important, their success — not only for amassing huge fortunes but also for their ability to create new markets and products that impact our lives.

When we first posed the question: "Can business save the Earth?," perhaps you thought about these leaders of some of the most famous companies in the world. Can these "heroes in the corner office" solve our seemingly intractable sustainability challenges through their ingenuity, adept management and force of personality? Many are certainly trying and bringing their companies along with them. Richard Branson of Virgin Enterprises has invested time and money into several environmental initiatives, cofounding the Carbon War Room, a nonprofit that seeks to identify market barriers, bring together investors and accelerate the introduction of sustainable solutions. Building on Branson’s commitment to sustainability, Virgin America announced in December 2015 the acquisition of 10 new state-of-the-art aircraft engines that are 20 percent more fuel and carbon efficient than those of its current fleet (already 15 percent more efficient than competitors').

A charismatic business leader, passionate about the environment, can make sustainability a priority in his organization. A new generation of CEO activists is taking a public stand on important economic and social issues that are not obviously connected to short-term profits. Many of those executives are using their bully pulpit to impact public policy and attitudes towards sustainability. Jim Rogers of Duke Energy long has supported sensible environmental regulations. He was among the only business leaders in this industry to support efforts for a cap-and-trade system in the 1990s to reduce sulfur dioxide emissions, even testifying before Congress on the issue. In the 2000s, he launched the Climate Action Partnership to push for a cap-and-trade system on greenhouse gas (GHG) emissions and was a key player in the Waxman-Markey Bill in the U.S. Congress in 2009, which narrowly passed the House of Representatives but eventually died in the Senate. But Rogers's activism has encouraged other business leaders to advocate for policies that will encourage sustainability while at the same time pursue internal efforts to green their own organizations.

This kind of activism might seem puzzling to those who are only familiar with the conventional wisdom that the purpose of business is to make profits and nothing else. The truth is that the espoused mission of a business is rarely to simply maximize shareholder returns. Mission statements are often far more expansive and inspirational.

The truth is that the espoused mission of a business is rarely to simply maximize shareholder returns. Mission statements are often far more expansive and inspirational.

Google defines its mission as to "organize the world’s information and make it universally accessible and useful." Starbucks is not just about making a better cup of coffee but rather about using its network of 23,000 stores in more than 70 countries (2016) to improve the very communities it serves, including investing in the education and employment of young adults in those communities. Microsoft touts that "our mission is to empower every person and every organization on the planet to achieve more."

Mission statements are not empty rhetoric. They articulate aspirations. They define the markets in which a business will participate. They express values and outline how the organization intends to compete. Founders and chief executives, as the leaders of their enterprises, help set and shape their missions and can wield great influence on whether an organization will pursue innovative sustainable products, services, production processes and business models. Many have made it their mission to address sustainability.

Should we expect them to succeed? 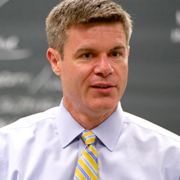 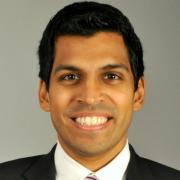 See all by Michael Lenox