This is the first of a three-part series. Part 2 can be found here and Part 3 here.

"This is my office,” says the sticker on Darrell Smith’s laptop, and it is.

With his “office” tucked under his arm, Microsoft’s director of facilities and energy is constantly shuttling between meetings all over the company’s 500-acre, wooded campus in Redmond, Wash.

But Smith always returns to one unique place.

The Redmond Operations Center (often called “the ROC”) is in a drab, nondescript office park. Inside is something unique – a new state-of-the-art “brain” that is transforming Microsoft’s 125-building, 41,664-employee headquarters into one of the smartest corporate campuses in the world.

Smith and his team have been working for more than three years to unify an incongruent network of sensors from different eras (think several decades of different sensor technology and dozens of manufacturers). The software that he and his team built strings together thousands of building sensors that track things such as heaters, air conditioners, fans and lights – harvesting billions of data points per week. That data has given the team deep insights, enabled better diagnostics and has allowed for far more intelligent decision making. A test run of the program in 13 Microsoft buildings has provided staggering results – not only has Microsoft saved energy and millions in maintenance and utility costs, but the company also is hyper-aware of the way its buildings perform.

It’s no small thing – whether a damper is stuck in Building 75 or a valve is leaky in Studio H – that engineers can now detect (and often fix with a few clicks) even the tiniest issues from their high-tech dashboard at their desks in the ROC rather than having to jump into a truck to go find and fix the problem in person.

If the facility management world were Saturday morning cartoons, Smith and his team have effectively flipped the channel from “The Flintstones” to “The Jetsons.” Instead of using stone-age rocks and hammers to keep out the cold, Smith’s team invented a solution that relies on data to find and fix problems instantly and remotely.

Smith joined Microsoft in December 2008. His previous work managing data centers for Cisco had given him big ideas about how buildings could be smarter and more efficient, but until he came to Microsoft he lacked the technical resources to bring them to life. What he found at Microsoft was support for these ideas on all sides – from his boss to a handful of savvy facilities engineers. They all knew buildings could be smarter, and together they would find a way to make it so.

Smith has a finger-tapping restlessness that prevents him from sitting through an entire movie. His intensity comes paired with the enthusiastic, genial demeanor of a favorite bartender or a softball buddy (and indeed, he does play first base for a company softball team, the Microsoft Misfits).

Ever punctual and an early riser, Smith lives near Microsoft headquarters and has taken to spending a few quiet hours at his desk on Sundays.

“I call it my den because I live a mile away. I come here, I make coffee, I have the building to myself,” Smith says.

His family and the people who know him best understand. Smart buildings are his passion, and everything in his life has been moving toward finding ways for companies the world over to get smarter about managing their buildings (which will help them save money and reduce their energy use).

Today Microsoft may have one of the smartest corporate campuses in the world, but in 1986, its headquarters was still a grass- and forest-covered 88-acre plot of land in Redmond, a sleepy, one-stoplight suburb of Seattle.

Back then, there wasn’t even a store in town to buy underwear, and from city hall you’d have to walk to the grocery store for lunch because the nearest fast food restaurant was too far away, says Judd Black, who has worked for the Redmond planning department for 26 years.

“Redmond and Microsoft, we’ve grown up together, and we’ve learned from each other quite a bit,” Black says. “We’ve both worked to create a great place for people to work and live.”

The 88 acres of land Microsoft chose for its headquarters (the code name for the project was just that: 88 Acres) originally was supposed to be a shopping center, but that plan was bagged during hard economic times. Microsoft snapped up the land and quickly constructed its first office complex – four star-shaped buildings surrounding Lake Bill (a large pond that employees affectionately named for founder and then-CEO Bill Gates).

Microsoft’s campus would become the size of a small city – a city within a growing city. Redmond was expanding as well, and soon a quarter of its residents were Microsoft employees.

Today the campus spans 500 acres. There’s a soccer field and cricket pitch, miles of wooded walking paths – and 14.9 million square feet of office space and labs that now function as one interconnected system.

It wasn’t always that way.

Until recently, Microsoft was using disparate building management systems to manage 30,000 unconnected, sensor-enabled pieces of equipment. Imagine a symphony orchestra, but with every musician playing from different sheet music. Then, imagine trying to conduct that symphony – to make sure the music was on tempo, in key and starting and stopping as it should.

Smith’s team was on a journey to find harmony.

When Smith, Jay Pittenger (Smith’s boss) and others started exploring ways to manage buildings smartly, they realized it would cost upward of $60 million to “rip and replace” enough equipment to get those 30,000 sensors to whistle the same tune.

This would not only involve costly construction and equipment replacement, but it also would mean displacing employees and losing work while teams temporarily shut down labs. Smith and team knew there had to be a less pricey, less disruptive way to achieve data harmony, but after a whole lot of looking, they couldn’t find one.

So they invented one.

Smith’s team enlisted the help of three vendors in the field of commercial building data systems and created a pilot program in 13 of the buildings on Microsoft’s Redmond campus. The team developed an “analytical blanket” to lie on top of the diverse systems used to manage the buildings. The blanket of software finally enabled equipment and buildings to talk to each other and to provide a wealth of data to building managers.

“It hasn’t been a bowl of cherries – my hair wasn’t as gray before we started,” Smith says. “The challenge with building systems is that they can create a lot of chatter from multiple systems, but there’s value there if you connect and capture it. It’s all about the data. If you can’t get data out of the buildings, you’re done.”

The new tool did get data out of the buildings – great tidal waves of data that came cascading into the ROC, telling engineers about everything from wasteful lighting schedules to hugely inefficient (but up until then, silent and undetectable) battles being waged between air conditioners and heaters to keep temperatures pleasant.

In one building garage, exhaust fans had been mistakenly left on for a year (to the tune of $66,000 of wasted energy). Within moments of coming online, the smart buildings solution sniffed out this fault and the problem was corrected.

In another building, the software informed engineers about a pressurization issue in a chilled water system. The problem took less than five minutes to fix, resulting in $12,000 of savings each year.

Suddenly, the symphony of sensors was not only following the conductor, its musicians were all playing the same song. As buildings came online and data poured in, it created what engineers called a “target-rich environment” for problem solving. Smith and the team soon expanded the pilot to a handful of additional buildings, and by summer’s end they plan to have the whole Redmond campus online.

The team now collects 500 million data transactions every 24 hours, and the smart buildings software presents engineers with prioritized lists of misbehaving equipment. Algorithms can balance out the cost of a fix in terms of money and energy being wasted with other factors such as how much impact fixing it will have on employees who work in that building. Because of that kind of analysis, a lower-cost problem in a research lab with critical operations may rank higher priority-wise than a higher-cost fix that directly affects few. Almost half of the issues the system identifies can be corrected in under a minute, Smith says.

The change has created groundbreaking opportunities for Smith and his team.

“Our conversations have changed,” Smith says. “Before, the calls we got were about buildings being too hot or too cold, or about work orders. Now we’re talking about data points and building faults and energy usage. We’re seeing efficiencies that we never even contemplated when we started this journey.” 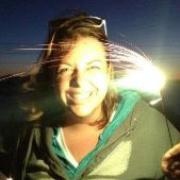