How Microsoft's Jim Hanna got the job

How Microsoft's Jim Hanna got the job

This is the second article in an ongoing column where I talk with sustainability professionals to learn how they got their job. One of the questions I often get from job seekers is whether it’s possible to change industries when looking for a new sustainability position.

This interview with Microsoft’s Jim Hanna, director of Data Center Sustainability, and Rob Bernard, Microsoft's chief Environmental and Cities strategist, proves that not only can you change industries, but you can change the focus of the work you’ll be doing. I caught up with Jim, who was previously the director of environmental sustainability at Starbucks, over the phone to discuss his experiences working at an iconic coffee company can be translated to the operations of another Seattle icon. The following has been edited for length and clarity.

John Davies: What was the job spec you posted and what kind of skills were you looking for?

Rob Bernard: As GreenBiz reported, sustainability has been elevated at Microsoft, both to the C-suite and across the company. As a company, we are increasingly thinking about sustainability across all our operations, particularly in our data centers as we continue to grow our cloud offering.

That’s why this position was created. We were looking for somebody who could create and execute a vision for taking sustainability in our data centers to the next level. We needed an individual that could help us take a holistic view of sustainability and especially in the context of our global data center footprint.

Davies: That’s understandable, but I remember when Jim first told me about this and I told him he certainly didn’t seem like an obvious candidate for the job. Why was he a good fit for the role and to be a part of your team? 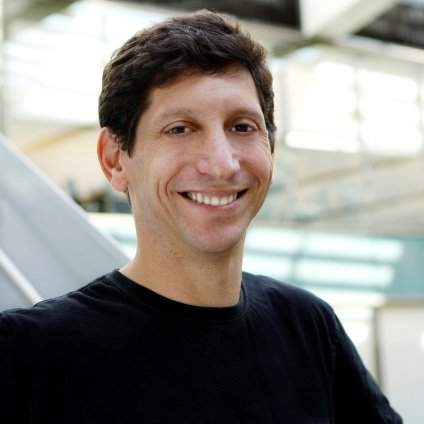 Bernard: We were looking for somebody who has a history of transforming and making significant impact at a multinational corporation. That means someone who understands that what you do in Ireland may not be the same thing you do in Texas, which is not the same thing you need to do in Japan, and so on, to address sustainability.

We needed somebody who has a global view, who understands how to operate in large corporations, understands the domain of sustainability and understands how to drive and implement the strategy. Those are the attributes we were looking for and were more important than expertise in tech or data centers. When you take the term "data center’"out of it and look at Jim’s background and experience, it was a really powerful match.

Davies: Was it a clear match in your mind, Jim? Why was this interesting to you?

Hanna: The moment and challenge were particularly intriguing. Microsoft is at a very exciting moment in time, where it’s thinking about how to address this huge challenge of building and operating data centers in a sustainable way. These operations will require significant amounts of energy and also touch on issues of land and water use. These are global issues, but also very local issues. So it was clear to me that this role would be an opportunity to drive change in a meaningful way.

I really believe the role of the sustainability professional can be transformative. At Starbucks, my role was to take a global view and a global vision of how a multinational company fits into this space and leads — not just in operations but how to drive change at scale. As I’ve moved forward in my career, my goal has always been to take on new roles that allow me to drive change at a greater scale and make a difference. This job at Microsoft at this time definitely gives me that opportunity.

As I’ve moved forward in my career, my goal has always been to take on new roles that allow me to drive change at a greater scale and make a difference.

Davies: I agree the scale of impact at Microsoft could be significant. But what specific skills are going to help you get to that scale when it comes to data centers?

Hanna: It was definitely a very different platform for me at first. But the skills I’ve developed over the years still apply here, even though its data centers instead of coffee farms. For example, one of the challenges the technology industry faces is translating a very complex message to a broader audience.

My experience at Starbucks has made me a pretty effective translator of complex sustainability initiatives around green buildings, supply chain, energy, and all the things that were important to that company. And it turns out that all those things are also important to Microsoft, and part of this role.

Davies: Let’s get back to the hiring process, Rob. How did you go out looking for candidates?

Bernard: The sustainability community is small, especially in Seattle, so I already knew Jim and the talent that he had. But we had a lot of great applicants that learned of the position via the job posting and through our professional networks.

Jim: The interview process told me a lot about the expectations for the role and how the company was approaching sustainability. One of the things that struck me early in the process was how diverse the roles were of people interviewing me. They were from all over the business, from law and corporate affairs, to the civil and mechanical engineers on the data center construction team, to software engineers and everyone in between.

The message I heard from all of them was that the company was committed to sustainability and that the new position, located directly in the business, reflected an understanding of the importance of sustainability to the data center space. And a lot of times, you don’t hear that from individuals who are outside the direct team working on sustainability.

Davies: What helped you make the final decision?

Bernard: There were a lot of variables and people involved in the final decision. For me, the big factor was Jim’s ability to bring in a broad perspective beyond the tech industry helped differentiate him. It’s valuable to bring in somebody with a different set of domain experiences. That’s educational for us. I think that was one of the key differentiators.

Davies: What advice do you have for people looking for a job in sustainability?

Bernard: I tell people to find sustainability opportunities where they are. Don’t think about sustainability only in a narrow set of roles with that title attached in a limited number of organizations and corporations. Keep looking for ways to make an impact.

I talk with people about this often, and each time ask them what their role is now. And 99 times out of 100, there is significant opportunity in their day-to-day jobs. If you’re a tester in a software company and you want to get into sustainability, go write a test for energy efficiency.

Everywhere around you, there is an opportunity for resource efficiency. So find it where you are. You don’t have to wait for a single moment in time, or the lead role, in order to have a significant impact.

I tell people to follow their passion, whatever it is. Don’t under-estimate the learning value from things that you think aren’t related.

Davies: I recently spoke at the Net Impact conference about getting a job in sustainability. What’s your advice for future college graduates?

Hanna: The best way to position yourself is to get a degree that’s going to be critically important to the part of the business you are most interested in, whether that’s in an operations role or a supply chain role, a design role, or a software engineering role. Then execute on that passion for sustainability within the business. There are more opportunities for people to make a difference in that type of role than there are in holding out for a sustainability office role or a sustainability program manager role.

Bernard: I tell people to follow their passion, whatever it is. Don’t under-estimate the learning value from things that you think aren’t related. I was in real estate development right out of college. And if someone had told me that being in real estate development was going to help you end up in a sustainability role at a high-tech company, I wouldn’t have made that connection.

But I draw on that experience all the time when we talk about energy efficient buildings and how buildings operate. So to Jim’s point, it’s a journey, so don’t think it’s about a destination. It’s about what you learn at each stop along the journey that makes that next step an opportunity to be more impactful.

Why Microsoft gave sustainability a promotion

Beyond big goals: Where does business go from here on climate?

What Are You Most Excited About for 2011?

How Will Sustainability Change at Your Company in 2011?