The following is an edited excerpt from "The Power of Zero: Learning from the World's Leading Net Zero Energy Buildings," by Brad Liljequist (International Living Future Institute, 2010).

The International Living Future Institute defines Net Zero Energy (NZE) as “One hundred percent of the project’s energy needs being supplied by on-site renewable energy on a net annual basis.”

In one simple, elegant sentence, a radical agenda for eliminating carbon dioxide emissions and use of combustion fuels within the built environment is set in place. In short: generate what you use. With this crisp idea, an array of powerful forces and concepts are brought to bear on some of our time’s most challenging problems.

Restated in more basic terms, Net Zero Energy buildings and communities generate as much energy as they use over the course of the year. The significant majority of NZE buildings are connected to the grid, with a meter that spin backwards and forwards: when the building is generating more than it uses it builds a surplus, and when it uses more than it generates, it draws from that surplus. At the end of the year, at a minimum it nets to zero use, or potentially is net positive. In practice, NZE buildings have to significantly lower the energy use from typical consumption — usually a 60-80 percent reduction. On-site energy generation offsets the remaining use.

Net zero energy is such a radical and powerful concept because it is one of the key solutions to carbon neutrality and the elimination of fossil fuel use. If we apply favorite Institute questions of “What is the end game?” and, “What if everyone did it?” to net zero energy, the end result would be massively positive. By sector, energy use in buildings is the largest single contributor to our carbon footprint — roughly 40 percent, depending on the estimate. If all current buildings were retrofitted to be net zero energy, and all new construction was built to a net zero standard, society’s collective carbon footprint would be reduced by that amount.

Remaking our communities to be net zero energy is more than a neat exercise in efficiency. It is a moral imperative to protect those people most impacted by climate change and ocean acidification.

Remaking our communities to be net zero energy is more than a neat exercise in efficiency. It is a moral imperative to protect those people most impacted by climate change and ocean acidification — those in the developing world and future generations. It eliminates one of the major drivers of military action (acquisition and protection of energy supplies) and degradation of local wilderness in the form of extraction impacts.

Within the framework of the International Living Future Institute’s thinking about human development and living in restorative harmony with the Earth, net zero energy stands as a gateway. Energy in all its forms is a key component of life; living in a way that draws vitality from within, instead of exchanging resources from others without positive return, is the way of nature. To our

To our peril, much of historic Western development has ignored this pattern of synergistic exchange. Net zero energy is the first opening into a new way of approaching what we make and dwell in, asking the question: How do our actions add to rather than subtract from energy supplies? Net positive energy, at its heart, is a biomimetic reflection of energy flows within nature.

Living within your means One of the most conservative values is to live in a way that does not exceed what you have. You do not eat your seed corn, and you take responsibility for yourself and family.

Thou shalt not steal The unfortunate reality is that many of our resources have been obtained through power relationships that exceed a just exchange between the recipients and givers. Perhaps most compellingly, it is clear at this point that we are taking our descendants’ heritage from them, as they will bear the brunt of our irresponsibility in energy use and its impacts.

A penny saved is a penny earned Our grandparents’ generation knew the value of simply using less. Net zero energy buildings and communities squeeze out every watt of savings possible. These buildings are not just resilient in their interaction with the Earth, but also in their long-term basic demands of operating costs, providing an essentially conservative financial platform of living.

Reap the harvest A foundational concept of human civilization is that we organize and systematize the gathering of the fruits of the Earth. For millennia that idea has primarily referred to a harvest of food. With new technologies and paradigms, it also can mean harvesting the energy provided by the Earth — the sun, wind (really solar energy), and tides.

Mottainai Derived from an old Shinto concept that material objects have souls, this Japanese word embodies meanings of both wastefulness and irreverence. More recently, Kenyan Nobel Peace Prize winner Wangari Matthai sought to popularize the term internationally as a way to place a sense of the sacred on our thoughtful use of resources.

Net zero energy is also a very compelling concept to the general public, which crystallizes core needs of dramatic energy reduction and renewable energy generation into one simple, easy-to-understand idea. While it can be very challenging to excite the average person about the sometimes arcane world of energy efficiency, net zero energy has a demonstrated ability to inspire and involve people. NZE brings forward a can-do spirit which combines the best of applied technology and design and big jumps forward. It is also an accessible, inspiring response to people beleaguered by a sense of hopelessness around larger energy use and climate problems.

Net zero energy buildings represent the beginning of a new era of innovation within the world of buildings. Amazingly, homes in much of the world are still built the way they were one hundred years ago. Within North America, balloon framing pioneered in the 1800s is still the standard. It is as if we still drove Ford Model T’s instead of electric vehicles, or used mechanical adding machines instead of computers. In most other sectors, the performance characteristics of the desired object tend to drive technological development, while in the building sector, the technologies have tended to define the design. We hopefully stand at the beginning of a new era of building design evolution, which reflects a whole array of human and environmental needs, only one of which includes eliminating the energy footprint of the built environment.

While it can be very challenging to excite the average person about the sometimes arcane world of energy efficiency, net zero energy has a demonstrated ability to inspire and involve people.

A key component of innovation to achieve net zero energy performance is a deep drive towards designing with nature, the laws of physics, and biomimetics. Net zero energy buildings take advantage of diurnal temperature swings, and available naturally stored thermal energy, capturing and retaining what is needed to serve the building. The gift of the sun, from which all life springs, is fully embraced, through daylight, heat, wind and photons. Many of the key technologies used in net zero energy buildings respond to natural phenomena, such as evaporative cooling, stack effect, the ideal gas law and gas/ liquid/solid phase changes. Some of these phenomena are described in more detail in section three, below.

As part of its net zero and net positive energy requirements, the Institute prohibits the use of on-site combustion.

There are a number of reasons for this prohibition. Typically, building-related combustion involves so-called “natural” gas, which adds CO2 to the atmosphere and oceans. Extensive use of woody biomass removes critical material from natural cycles, and in many cases accelerates climate change by speeding up the slower release of CO2 through decay. Biogas supplies can prove transitory and easily default to natural gas. Depending on the type of combustion, local air quality impacts can be significant. While it is recognized that most net zero energy buildings are connected to a grid which is reliant on the larger energy grid, of which natural gas and coal burning power plants currently play a significant role, the Institute’s end goal is a fully renewable energy grid which includes the complete elimination of combustion, particularly of fossil fuels.

Perhaps the benefits of net-zero energy buildings are self-evident, but the bottom line truth is that the voracity of our current energy use threatens to unhinge the platform of tenuous security our global civilization rests on. Our energy use certainly threatens the planet and biodiversity, but also threatens ourselves. In aggregate, these impacts add up to a significant potential destabilization and, in the case of ocean acidification, has a more significant possibility of interrupting the deeper chain of life which springs from our oceans.

Each era has had major threats to civilization stability, including:

Some of these threats were well understood at the time, and the societies responded as well as they could. At other times the threats were not recognized, nor understood.

The previous generation confronted perhaps the most existential threat humanity has known — the threat of nuclear war and winter (of course, this threat continues, though the risk is diminished). This threat was highly challenging, and the path to resolve it was very unclear. The possibility of failure was potentially devastating. Regardless of one’s beliefs about the outcome, clearly there was a response.

A key component of innovation to achieve net zero energy performance is a deep drive towards designing with nature, the laws of physics, and biomimetics.

Between 1940 and 1996, the United States alone spent $5.5 trillion on its nuclear arsenal. Much of the residual of that effort continues to today. By comparison, the United States only invested $311 billion in clean energy between 2004 and 2013. The order of magnitude of our response must jump a level to match our last generation’s effort.

At the time of the publication of this book, we find ourselves in a strange place emotionally relative to our energy use.

On one hand, large portions of the American population have adopted a know-nothing, antiscientific approach to climate change, and the significant majority of the global political establishment refuses to lead a path out of negative patterns of energy use.

Furthermore, there continues to be a gap of understanding of the plethora of solutions and alternative pathways to much more benign and even positive energy usage. On the other hand, there are, in fact, energy solutions — many of them — which are quickly becoming economical and available. The rapid technological advancement and price reduction of LED lighting, electric vehicles, and photovoltaic panels are a few key examples. One could be forgiven for feeling they are witnessing theater wondering whether the forces of good or ill will win out.

So where do we stand with regard to the problems associated with our current patterns of energy usage? 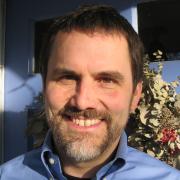 Does 'net zero' live up to the hype?

The power of zero: How to build a real-world Net Zero office

See all by Brad Liljequist