How Novozymes and Intel use citizen scientists

Earlier this year, biotech innovator Novozymes sent more than 25,000 researchers out into the fields, forests and parks of Denmark to collect and test more than 11,000 samples of fruits, vegetables, leaves and other plant-based materials.

The effort was part of the so-called Mass Experiment, a program staged by the Danish national center for education in natural sciences, Astra. It’s the latest example of how Novozymes reaches into local communities where its operations are sited to teach residents young and old about life sciences and technology. Upwards of 35,000 students were initially invited.

"It’s the young ones we need to activate to find good solutions," Mads Bjørnvad, senior department manager of microbe technology at Novozymes, told me.

It took almost six months for Novozymes to develop a test kit that it thought would be easy enough for even the youngest children to use; in some school districts, students from the secondary grades were teamed with younger pupils to encourage even further interaction.

The intelligence comes from the wide-spectrum experience.

Still, the field portion of the project was relatively simple and was essentially a study into the sorts of fermentation (or chemical reactions) that go into creating yogurt or fermented berries or kimchi. The students, teachers and scientific mentors collected all manner of vegetation and then placed it into a solution derived from pasteurized milk. The idea was to view how the milk reacted: if it curdled or "turned" in some way, the sample was sent to Novozymes for further experimentation.

The company was surprised — and energized — by the results, because it had expected to find maybe one new species, Bjørnvad said. "In our world, diversity is very important," he said. "The more examples you have from nature, the more chances you have to find answers to global issues." Indeed, the results of the experiments have been published so that anyone with an interest in biology can work with the results.

While an educational experiment on the scale recently undertaken by Novozymes is relatively unprecedented, the idea of using citizen scientists to catalyze applications for new technologies is one that many other companies are embracing more closely. It’s worth noting that IBM, the company that is routinely is granted more patents annually than any other U.S. organization, is a huge and longtime proponent of this approach.

Intel, which amasses thousands of new patents every year, is also increasing its support of citizen scientists. Earlier this year, nonprofit Resolve snared headlines with its introduction of an anti-poaching system that makes use of various Intel artificial intelligence technologies, which builds on a prototype created by the Leonardo DiCaprio Foundation and National Geographic Society. 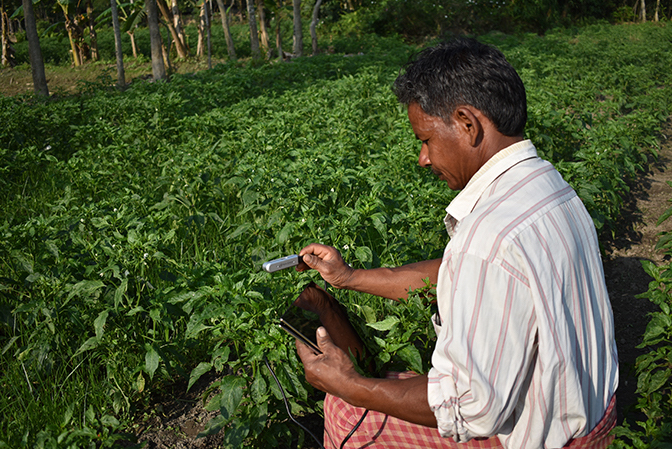 Another program I’m watching unfold is AI for Social Good, which supports entrepreneurs and organizations working on how artificial intelligence can be used to improve the world’s understanding of environmental conditions and the effects of climate change. (It has even created an academy to get developers up to speed.)

The goal: help Darjeeling tea or citrus farmers diagnose diseases more quickly, so they don’t face catastrophic crop losses by not reacting to the threats in time. Right now, Biswas — a full-time engineer elsewhere — is testing the application, as well as how it would be distributed among farmers most cost-effectively.

The plan is not to charge the farmers themselves, but rather to look at the ways the information being collected at the field level could be used by companies that have long-term vested interests in fighting the diseases. In other words, to look to citizen scientists. The intelligence comes from the wide-spectrum experience," Biswas said.