How NY could become a model for green concrete policy

Next to water, concrete is the most widely used material on the planet, and in most instances has no alternative.

Last year, 30 billion tons of concrete were produced globally and demand is growing with greater urbanization. Concrete is also responsible for a lot of climate pollution, largely because its typical binding agent, Portland cement, is highly emissive. Portland cement makes up just 10-15 percent of concrete's mass but accounts for 80-90 percent of its emissions, mostly from chemical reactions in the manufacturing process, not fuel combustion. If the cement industry were a country, it would be the third largest emitter in the world, behind China and the U.S. — responsible for roughly 8 percent of global climate emissions.

Decarbonizing concrete and, by extension, cement, is a key opportunity for climate action. We can’t hit our climate targets without policies to zero out emissions from this sector. And we will miss out on capturing the market for low-carbon concrete and cement if we don’t ensure American companies are leading the way.

Luckily, a bill recently passed by the state legislature in New York — a place synonymous with the concrete jungle — sets the stage for doing both. New York, like many states and the federal government, is a top purchaser of concrete for government-funded construction of roads, bridges, buildings and other projects. This makes state procurement a powerful lever in creating early markets and sustained demand for low-carbon concrete.

Known as the Low Embodied Carbon Concrete Leadership Act (LECCLA), the bill tasks the Office of General Services (OGS) with establishing guidelines for procuring low-carbon concrete for state projects. It then requires OGS to convene a group of expert stakeholders, including engineers, architects, construction industry representatives and state regulators, and, within a year, design a system for state agencies to start awarding contracts based not just on price, but also climate performance. Specifically, the expert group is asked to review the option of using competitive bidding to drive down the carbon intensity of concrete purchased by the state.

Under the system, companies would document the carbon intensity of their product voluntarily via an EPD. Bids with the lowest emissions score would receive a discount, making them more cost-competitive.

Regulators in New York now have a major opportunity to create a high-impact policy blueprint for greening this most ubiquitous industrial building material. Done right, LECCLA will become a model that other states and the federal government can replicate. NRDC believes it should adopt key policy elements:

1. Establish a minimum climate performance standard that ratchets over time

LECCLA should establish a minimum climate performance standard that concrete companies seeking government business must meet, and plan to raise this standard over time.

2. Design guidelines to spur innovation via a competitive bidding mechanism

LECCLA should encourage companies to go beyond minimum performance standards by giving an advantage to bids with the lowest embodied carbon concrete.

Under such a system, companies would document the carbon intensity of their product voluntarily and via an established tool, known as an environmental product declaration (EPD). Bids with the lowest emissions score, as measured in the EPD, would receive a discount (say 5 percent), effectively making them more cost-competitive and likelier to win the state’s business. Importantly, bidding would remain blind to all participants, so concrete producers would still have every incentive to compete on cost too.

Offering a discount rate for the greenest concrete would create a powerful incentive for companies to continuously innovate. Together with the minimum performance standard, this has the potential to generate a positive feedback loop where preferential procurement incentives boost adoption of new climate solutions, which ultimately become the basis for raising the performance standard.

3. Support the breakthrough technologies we need to zero out industry emissions

On top of the base discount rate, LECCLA should apply a supplemental discount to bids featuring carbon capture and utilization, carbon mineralization elements or other technological breakthroughs. A targeted innovation incentive of this kind is exciting because, as I discussed here, climate opportunities related to concrete are not just about cutting near-term emissions. The combination of concrete’s unique properties and how widely it’s used in the built environment means concrete one day could be a global carbon sink. But realizing this opportunity requires investment in low-carbon solutions for the sector today.

Taken together, a combined discount rate of this nature not only would incentivize immediate adoption (and pairing) of existing, off-the-shelf solutions (energy efficiency; cement mixes that use less clinker; concrete mixes that replace some cement with alternatives such as ground glass pozzolans), but longer-term investments to tackle process emissions from making Portland cement.

Rather than require that concrete be produced using a certain process or with specific proportions of cement and other constituent materials, LECCLA instead should include performance-based specifications that require concrete purchased for state projects to achieve stated performance outcomes — for example, standards related to its strength, durability and permeability. Tests for these key characteristics are well developed and widely used. Using them will ensure that as we shift to better, cheaper and cleaner concrete, we never scrimp on safety.

Cement kilns emit a lot of dangerous air pollution that’s linked to an array of health harms. To ensure that slashing climate pollution does not come at the expense of dirtier air, LECCLA must include leading safeguards that preclude concrete companies from making green claims if they use cement made by burning any solid waste that emits pollutants hazardous to human health or ecosystems. The best outcome is to simply burn less of anything. Fortunately, one of the least expensive and fastest ways to reduce the embodied carbon in concrete is to find alternatives to cement. So, a performance-based approach will lead to using less cement and thus less burning of solid waste, or anything else, in kilns.

6. Support in-state producers in adopting EPDs and participating in the market for state contracts

LECCLA should offer an EPD tax credit for in-state concrete and cement producers to help them defray the costs of developing EPDs and encourage EPD uptake by industry. While EPDs are not perfect, greater use of EPDs in climate leadership states such as New York is the surest way to accelerate learning on the part of both industry and government and improve the tool. Even if every concrete producer in the state took up this tax credit, the total impact on the state’s budget would be modest.

If OGS and the working group take up the opportunity created by this bill, it will send a clear signal that New York is striving to be a leader in decarbonizing a critical product we all rely on. Not only will this help the state realize the goals of its ambitious Climate Leadership and Community Protection Act, but it will spur state economic development by attracting leading low-carbon technology companies that seek proximity to clients across the local concrete supply chain. If not, the legislature and governor should be ready to be more proscriptive next year.

As the bill’s Senate sponsor, Todd Kaminsky, summed up the opportunity to Bloomberg, "It’s very rare to have cement producers who only sell cement to one state. Once New York has cracked the code for this, other states will want to." LECCLA can create powerful incentives to draw these investments to New York and ensure local companies are well-positioned to capture the clean industrial products market of the future.

Sasha Stashwick is senior advocate for the climate and clean energy program at NRDC. This article first appeared on NRDC's Expert Blog. 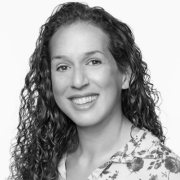