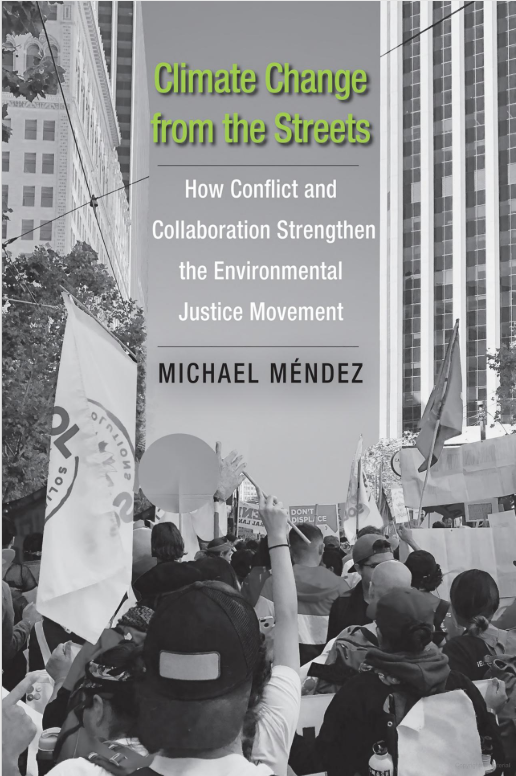 This is an excerpt from "Climate Change from the Streets: How Conflict and Collaboration Strengthen the Environmental Justice Movement" by Michael Méndez. Copyright 2020 Michael Méndez. Reproduced with permission from Yale University Press. It was released Jan. 7.

Motivated by their success in creating a more equitable Oakland climate action plan, the Ella Baker Center for Human Rights and the Asian Pacific Environmental Network together sought new strategies to further their local work. They asked how climate change could invite new ways of thinking and doing that would simultaneously promote economic growth and protect the environment. They saw the advancement of a climate fund as an opportunity to link their work on community-based solutions to the state level and offer models for equitable climate change mitigation and adaptation projects.

Emily Kirsch, the center’s green jobs organizer, told me that when she found out that billions of dollars could be generated from polluting industries under cap-and-trade, she quickly realized that potentially none of it would go to disadvantaged communities. There were no mandates or consultation with local communities about how best to invest the revenue. She saw the climate fund as an opportunity to point to cities such as Oakland and proclaim, "That’s where this money should go, to implement climate solutions rooted in equity and projects focused on green collar jobs." Kirsch further stressed that the high degree of inequality within California makes linking local equity concerns with state-level climate change policy design important. Efforts such as the climate fund, she said, could connect poverty alleviation and pollution mitigation. For example, spending on solar power and energy efficiency programs for low-income residents would clean up the environment, reduce residents’ utility bills and create local jobs.

That’s where this money should go, to implement climate solutions rooted in equity and projects focused on green collar jobs.

Mari Rose Taruc, the statewide organizing director for the Asian Pacific Environmental Network, also felt a strong responsibility to use the lessons learned in Oakland to influence larger statewide policy. While she believed that Oakland had adopted a strong climate action plan, she could also see the lack of funding as the biggest barrier to implementation: "A lot of cities have climate action plans that are grand ideas . . . but how are they going to get the resources to support the implementation or creation of the infrastructure for those kinds of ideas?" For her, direct, state-level lobbying was important to ensure that funds would flow back to local communities and that California’s global carbon market would have real benefits for environmental justice communities.

To the Oakland advocates, while it was clear that their climate action plan gave them the type of formal authority needed to establish equitable solutions, that authority had to be made real in practice — through action and funding at various scales and through multiple institutions. To achieve this, they had to transform California’s regulatory culture of climate change. Environmental justice advocates rose to this challenge by reconfiguring ideas, resources, and relationships and by persuading people in influential state-level regulatory and legislative roles to engage with them in implementing experimental policy. According to political scientists Margaret Keck and Rebecca Abers, the transformation of regulatory institutions is a non-zero-sum struggle for "practical authority": the problem-solving capabilities and recognition from key decision makers that allow community members and activists to change regulatory behaviors and actions.

The political compromises required to pass AB 32 [the California Global Warming Solutions Act] were contentious and left many unresolved ambiguities that environmental justice groups had to address outside the legislative process. The bill mandated significant statewide reductions in greenhouse gas emissions; it also required California to ensure benefits at the neighborhood scale and to consider the potential impact of reduction measures on communities already burdened by air pollution. But the legislation did not specify how any of these aims would be achieved. Implementation efforts revealed vast differences between how state regulators and community advocates defined environmental justice and climate action.

Personal and institutional responses to issues such as climate change develop through often-conflicting goals and values. Costs and benefits are subject to cultural definitions that frequently occur in the very process of policy design and regulatory implementation. Successful navigation of these processes demands "attention [to] how the rules of the game are set, how winning and losing are defined (i.e., how actors come to understand their interests), and on how such definitions change through social processes."

While California has one of the most sophisticated and ambitious cap-and-trade programs, debates continue over how — and whether — it can achieve goals related to environmental justice.

Hence, as Janelle Knox-Hayes contends, the legitimacy of climate policy is also based on the interaction of three types of authority: scientific, developed through technical expertise; economic, created through bureaucratic institutions and economic instruments; and emotive, developed through public response based on feelings and values. All these elements are essential for designing functional climate change policy seen as legitimate by a diverse range of interested parties. Market-based governance, thus, is not a value-neutral process but one that invokes sociopolitical outcomes embedded within cultural contexts. While California has one of the world’s most sophisticated and ambitious cap-and-trade programs, fierce debates continue over how — and whether — it can achieve goals related to environmental justice.

In their day-to-day work, environmental justice advocates negotiate complex institutions and norms. Keck and Abers further argue that these advocates change ideas, resources, and relationships by building coalitions and networks of allies and by problem-solving through experimentation. They gain practical authority through these interrelated activities, although this is always a complex and contingent process that various factors can enable or hinder. For example, the implementation of environmental justice values in AB 32 met significant opposition. Activist groups could not align their equity goals with the conventions of scientific evidence required by regulatory agencies. They lacked strong engagement practices necessary to transform ideas, resources, and relationships into recognition of their community-based climate solutions. Without such capabilities, they had limited opportunity to establish their practical authority within AB 32’s implementation process.

Successful experimentation with new climate change solutions often begins through collaborative efforts at the local scale that focus on enacting achievable goals (for example, the Oakland climate action plan). In the process, activist coalitions strengthen existing relationships with regulators and develop new skills and knowledge as they do so. Such experimentation can be scaled up if others perceive their efforts as valuable. This recognition can transform the bounds of possibility, making ambitious and formerly impractical ideals seem feasible. Through new ways of thinking and doing, conflict between the economic, social, and cultural dimensions of climate change can be resolved in practice.

The case of AB 32’s implementation reveals that carbon markets are more than a mechanism for trading emissions reduction credits. They represent networks of actors that are embedded within and are extensions of social, political, and cultural institutions. Carbon markets are constructed through a global set of ideals, but they are also unique expressions of the places in which they operate. Through new forms of practical authority, I argue, California environmental justice groups are engaging regulators, legislators, and other experts to help transform the local expressions of the state’s climate change program. 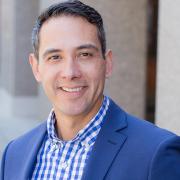 See all by Michael Mendez