<p>A company whose products and business model are based on non-traditional thinking requires an equally non-traditional marketing strategy. Organic Valley&#39;s Theresa Marquez tells the GreenBiz Forum how the firm pursues its mission.</p>

CROPP, now the largest cooperative for organic farmers in the United States, planted its stakes 24 years ago during an agriculture recession that drove thousands of family farms into bankruptcy.

The group formed with one objective: "We set out to keep farmers on the land farming," said Theresa Marquez, CROPP's chief mission officer, at the 2012 GreenBiz Forum. The annual forum series opened today for a one-day event in Minneapolis and moves to New York on January 24 and San Francisco on January 30.

Today, the producer of the Organic Valley and Organic Prairie brands is a co-op of almost 1,700 farmers. Not only does the co-op follow a far different business model and marketing strategy than rivals, it pays the most to its farmers of any other organic co-op in the country. It also projects growth of 26.5 percent this year which would bring the business to about $850 million-- an outlook that sets it apart from other in the business of organic agriculture. 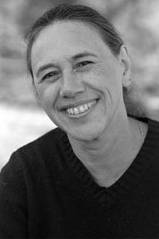 "Joel, I want you to know we are swimming, we are not treading water like the rest of the organic companies," said Marquez, referring to the sustainability indicators in the 2012 State of Green Business Report, which GreenBiz Executive Editor Joel Makower and the GreenBiz Group published this week.

The CROPP Cooperative has grown from a $5 million business in 1995, when Marquez joined the operation, to about $719 million. That success is not only the result of how CROPP does business, it owes much to the way CROPP tells its business story, she said.

Guerrilla marketing capitalizes on non-traditional means to engage an audience, taps into current local and regional trends, and uses the value of word-of-mouth and peer influence to push messages. The practice is characterized by imaginative and constant interaction on various platforms in campaigns that are high energy, but low budget in terms of advertising -- qualities that Marquez confirmed when she outlined how CROPP uses guerrilla marketing during a "One Great Idea" presentation at the GreenBiz Forum. 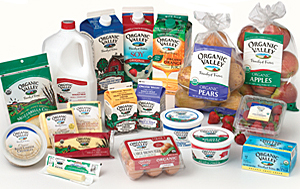 In her talk, Marquez highlighted the importance of:

Sticking to the Mission

"We're a guerrilla marketing business. We're public relations-based, not advertising-based," Marquez said, noting that a key competitor has outspent the co-op by about 18 to 1 for advertising for years.

"We always say there's the turtle and the hare, and we're the turtle," she said. "I have wonderful MBA marketing people that I work with and sometimes they say, 'We should be No. 1.' And I say, 'No, our mission is to keep farmers on the land farming and to revitalize our community. We need to stay focused on that. If it happens that we're No. 2 or No. 3, that doesn't matter. That's not our business.'  Being a sustainable and authentic marketing company really has to do with making sure that you stick with the mission -- and be very clear about it."

While it might not have a large presence in advertising, the co-op is no slouch when it comes to public relations. "We get over a billion impressions in the PR world," said Marquez. "Everyday we're in some paper in the United States."

Bringing the Hallmarks of the Business to Messaging

"We want to be authentic, transparent and a change agent," said Marquez, attributes that the co-op reflects in its messages.

"We put our farmers in our marketing," she said. "Farmers are our point of differentiation. The farmer voice is so authentic. When farmers start talking about what they do, they win your heart."

Their stories are woven throughout the co-op's website. To forge closer connections between customers and the business, there's a Find Your Farmer search engine on the Organic Valley site. Users can enter their zip codes to the closest co-op members and read about their farms.

Knowing Your Audience and How They Value Word of Mouth

It's important for any business to know its core audience, the channels they use to communicate and the sources they trust. For Organic Valley, women make up 70 percent of the audience. Gen-Xers with children and millennials also figure highly in the numbers.

Among those customers and would-be customers, "word of mouth is a powerful brand builder and loyalty marketing is at its heart," Marquez said.

Smart use of social networks help carry a company's message among the people customers trust most, their friends, families and peers.

Keeping Your Sense of Humor

"Sustainability isn't just a marketing initiative, it's our business," Marquez said. The business also puts a high value on maintaining a sense of humor and incorporating wit in its messaging.

"Fun is good," she said. "You've got to have humor in what you do, because if you don't, you can't make people laugh and you probably won't get to their heart. You want to make people enjoy things."