Once in a while, a conference actually changes the world.

In this case, I refer to a series of conferences in Oslo, sponsored by Norway’s National Center for Design and Architecture (known as DOGA). In 2015, a couple of sustainability visionaries there, Jannicke Hølen and Knut Bang, had the brilliant idea to focus on the "Outdoor" business sector — makers of skis, boots, tents, gear and all the outdoorsy tops, jackets, pants and socks that people tend to wear when they head off to the mountains and fjords. Or the local mall, for that matter.

Then DOGA invited a who’s who of people working in design and sustainability to come talk to the assembled designers, suppliers, marketers and students. People such as Vincent Stanley, Patagonia’s in-house "philosopher," and Paul Dillinger, head of design at Levi Strauss, helped kick it off. The event took place in a re-purposed church, with great veggie food, edgy multi-media and the ultimate in mood lighting. A surprising number of CEOs turned up — even when they were not invited speakers. Over two years and three annual events, these "Framtanker" ("Forward Thinking") conferences became a real happening.

Because Framtanker made real things happen.

A young outdoor professional listened to presentations on global challenges, the U.N. Sustainable Development Goals and the responsibility of designers, and realized: 'I have to do something.'

Example: At the first conference, Jens Petter Ring, a young outdoor professional, listened to presentations on global challenges, the new U.N. Sustainable Development Goals and the special responsibility of designers, and realized: "I have to do something."

So, he decided to start a new company, dedicated to making the most sustainable outdoor clothing possible. And at the third Framtanker conference Nov. 28, he presented the story of "Greater than A," or just ">A," created in partnership with Norwegian skiing legend Aksel Svindal and others. Their first products, which push materials choice to new sustainability and performance limits, while aiming for "timeless" fad-resistant design, aren’t even hitting the stores until January, but are already a big hit with the buyers.

That’s just one story. Hundreds of people, companies, even whole design institutions have been affected by the "Framtanker" conferences — not least because of one its major spin-off "products," the Oslo Manifesto. This design call-to-action, based on the U.N. Sustainable Development Goals, has attracted several hundred signatories, including architecture and design schools, and spawned a website full of inspirational projects and resources to help designers turn the SDGs into reality. 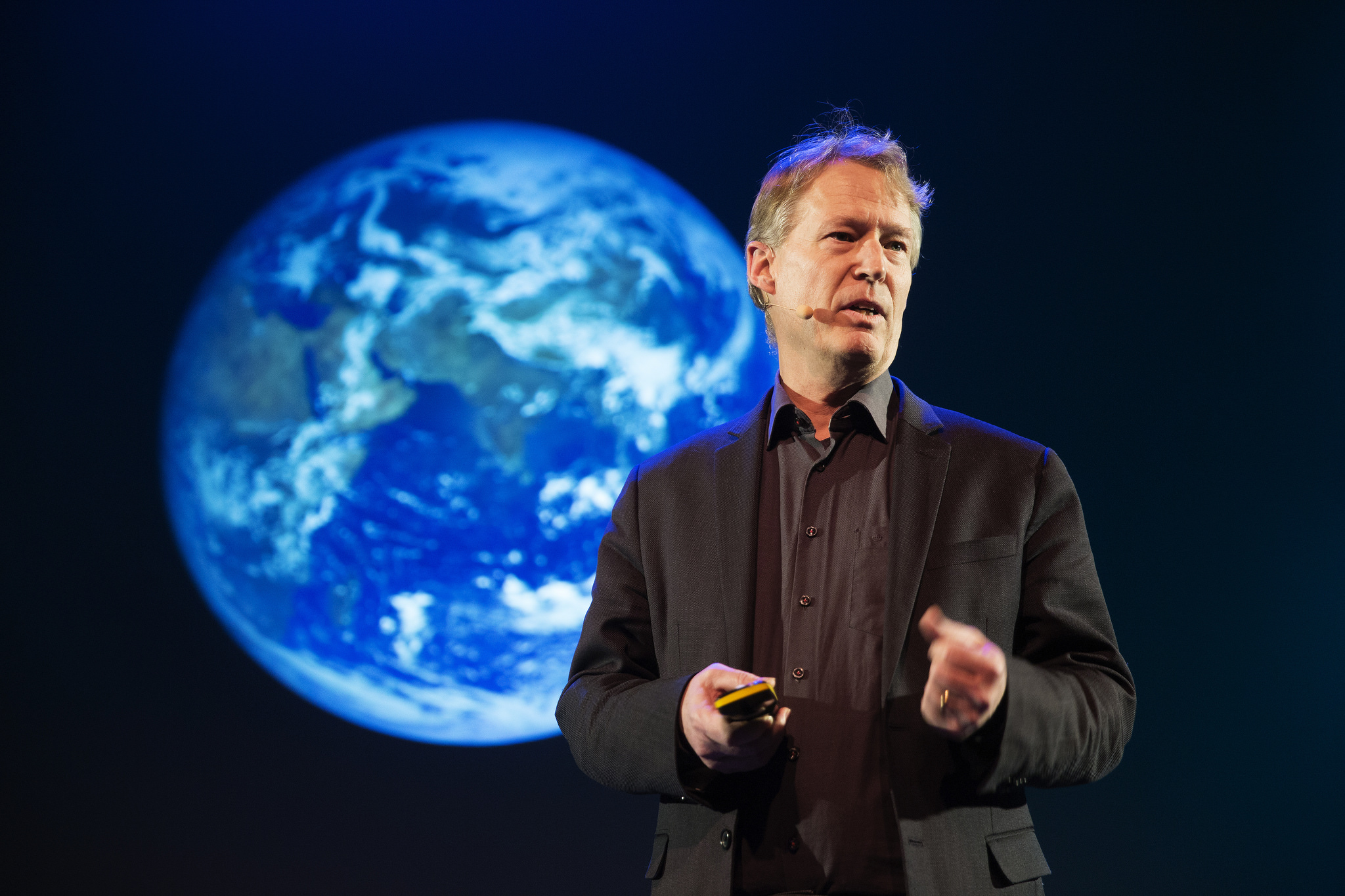 Obviously, I’m biased here: I had the privilege of keynoting the first Framtanker conference in 2015, and closing the most recent one. Hølen and Bang, together with a co-conspirator of theirs from the design world named Kjersti Kviseth, have gone from being clients to initiative partners to friends. We cooked up the Oslo Manifesto together (on my side, it’s been a volunteer project) — but the idea emerged from a live panel discussion at the first Framtanker in 2015.

Sitting in the moderator’s chair at the end of the conference, I asked Victor Stanley, Paul Dillinger, Kviseth and other panelists whether the SDGs could be turned into a "design brief."

Absolutely, they said. So, we did that — and we launched the resulting Manifesto and website at the next Framtanker, in 2016. Since then, we’ve presented the Oslo Manifesto to graphic designers, maritime industry representatives, design management executives and many others.

Mingling around at the most recent Framtanker, I chatted with over a dozen professionals and executives who noted, with sincerity, that these conferences in Oslo had been an important source of inspiration and ideas for them, while serving as a serious wake-up call about the scale of the global sustainability challenge — and the essential role that design must play in accelerating solutions. Some people had changed jobs. Others had just pushed harder to make change in their current jobs.

Many repeat attendees were jolted again by this year’s opening speaker, legendary eco-entrepreneur Gunter Pauli, who reminded them that "polluting less is still polluting" and that the ultimate goal is not just zero impact, but restorative impact. "I’m going to have a long think about that," said one outdoor design leader, whose products already are hailed as green. "Gunter made me realize that we still haven’t gone far enough."

The number of companies embracing Net Positive and FutureFit and other new, highly ambitious, regenerative sustainability frameworks is growing fast.

Of course, engaging designers in sustainability is hardly a new idea. Many of sustainability’s early and highly visible pioneers were green designers and architects. Green buildings are the norm now. And yet, the process of engaging the broader mainstream of professionals in areas such as clothing, industrial and product design has been a strangely sluggish process — even in the outdoor sector, which one would expect to be full of super-green nature-lovers.

But having worked with numerous relevant firms, I can report that designers and design departments are often declared off-limits to the sustainability folks. Don’t talk to them, is the message we often hear (sometimes quite directly). Designers shouldn’t be distracted by the troublesome demands of sustainability. They should just focus on what the market wants, and on creating good design.

Fortunately, that’s fast becoming a very old-fashioned approach. Good design is, increasingly, sustainable design. The number of companies embracing Net Positive and FutureFit and other new, highly ambitious, regenerative sustainability frameworks is growing fast. Most of us sustainability nerds have been declaring that "the revolution is here" for over a decade.

Even the circular economy movement often ends up focused more on repurposing waste than on redesigning the products that create waste in the first place.

And yet, the companies in the spotlight are still, in many ways, the usual suspects representing a very small percentage of world production. Even the circular economy movement often ends up focused more on repurposing waste than on redesigning the products that create waste in the first place.

Which means the sustainable design movement — in which GreenBiz also plays a key role, by the way, with its own conference programs — is nowhere near finished. In fact, it’s still coming out of starting blocks.

Think I’m pessimistic in my assessment? Just walk into any big store, selling any kind of product. Look around. How much of what you see has been designed for true sustainability? The astonishing amounts of just one highly unsustainable material type — plastic — will keep a generation of designers busy redoing their products.

But thanks to efforts such as Framtanker, I’m optimistic. Many of Scandinavia’s outdoor companies are more ambitiously on the move. And the good folks at DOGA are moving on to some new sector.

Their strategy works: Three years of excellent conferences, focused on one sector, helps to get sustainability much more firmly embedded in design thinking, in one concentrated place.

And then the impacts ripple outward.

Why I am a stubborn optimist

Harder but not impossible: COVID-19 and the Sustainable Development Goals

See all by Alan AtKisson