How PepsiCo aims to close the loop on recycling

Companies are shifting strategies to better engage consumers when it comes to keeping their products out of landfills.

We live in an age of “asks.” Time, point-of-view, money, patience, reviews or simply attention — it adds up.  And the clearer the request, the more likely the response, right?

Corporations also ask things of consumers. At a basic level, we ask them to buy our products, have an affinity for our brands, "like" our page or share our content. Yet when it comes to sustainability, corporations tend to be passive in asking consumers to act.

That’s not to say corporations aren't doing or investing in sustainability. But without engaging our consumers, how can we expect meaningful action?

Let’s look at recycling. The facts are jarring: A 2013 Beverage Digest study showed that more than 5.7 billion pounds of PET bottles crowd store shelves annually. Only 31 percent of that ends up in a recycling bin. Overall, the national beverage container recycling rate is at 42 percent, according to the American Beverage Association.

No matter the source, the data suggests that more than half of the U.S. population is not recycling.

Compare that reality with a recent national survey conducted by The Omnibus Company for PepsiCo, which revealed that a majority of Americans rate recycling as the No. 1 activity they can do to help the environment. The No. 1 activity — ahead of conserving electricity, driving a hybrid car and even toting your own bags to the grocery store.

So what do we make of this huge discrepancy between recycling sentiments and concrete actions? We see a latent desire to act.

Contradictory statistics notwithstanding, there is momentum to finally capture materials that are not recycled today.

Concepts such as the circular economy and closed loop systems are gaining traction, providing new frameworks that create economic value when materials are reused. Some jurisdictions are experimenting with financial incentives to really move the needle on naggingly low recycling rates, and companies are building their own recycling programs to minimize what is being lost to landfills.

However, capitalizing on this latent desire to act will require more than building awareness for recycling. We want to change habits and drive meaningful action. We want consumers to consciously recycle — and not just sometimes, but often. In fact, all the time.

PepsiCo is committed to working to increase the U.S. beverage recycling rate, with a goal of reaching 50 percent by 2018. Such a shift would capture billions of containers that otherwise would end up in landfill, streets, parks and waterways.

It’s an ambitious goal that is dependent on others helping us to achieve it. It requires that we ask of others. To have a lasting impact, we need to address recycling from every angle: logistics; infrastructure; industry collaboration; and consumer involvement.

Accessibility is step one. We’ve committed to working with retailers to put more recycling bins in busy locations, such as gas stations and convenience stores, where there aren’t currently recycling containers. We also support the Closed Loop Fund in its mission to help provide recycling to communities that cannot afford to put the infrastructure in place.

Step two is to make that action meaningful to consumers. PepsiCo and The Nature Conservancy forged a new initiative to "Recycle for Nature." By recycling any plastic bottle or aluminum can, consumers are directly helping support The Nature Conservancy’s efforts to save and restore 1 billion gallons of water over the next five years.

The initiative supports waterways that supply clean drinking water to more than 35 million Americans — waterways that in many cases double as rivers and lakes that people use to hike, swim, camp and enjoy time with family and friends. In this sense, recycling becomes a more tangible, personal investment in preserving enjoyable experiences.

Above all else, corporations have to be direct in these conversations. We need to explain how people can act and why it’s important. We’re doing everyone a disservice if we hover in ambiguity.

Collectively, how can the industry make it easier to recycle? In addition to increasing the number of recycling bins available to the public, we more directly can ask consumers to recycle. Because when it comes down to it, we have to close the loop.

Find out more about companies working to close the loop and increase recycling rates at the upcoming GreenBiz Forum 15. 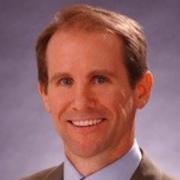 See all by Tim Carey