How Philadelphia is leading in energy innovation

The Philadelphia region is poised to become one of the nation’s leaders in fostering a more energy-efficient building stock. While President Barack Obama's comments in last month's State of the Union speech highlighted the administration’s commitment to energy efficiency as an important strategy to mitigate climate change, public and private stakeholders in Philadelphia have already joined together to contribute scalable solutions and provide leadership for this challenging problem.

Greenworks contains targets and metrics in 14 major areas including two very important energy efficiency goals: one to reduce the city’s own energy consumption by 30 percent by 2015 and one to reduce energy consumption in all buildings within the city by 10 percent by 2015. Now led by a small but highly capable staff managed by the mayor’s sustainability director, Katherine Gajewski, the Greenworks framework galvanized interest and support from business leaders, neighborhood organizations and city residents and provided the momentum necessary to foster a true partnership approach to measuring progress and success.

With Greenworks laying the strategic groundwork for initiatives throughout the city and region, Philadelphia was poised to compete for newly available stimulus funding from the Department of Energy. The region was successful in securing two critical investments in our energy-efficient future. The first was a $25 million pool of retrofit finance funding awarded to the Metropolitan Caucus, a partnership of elected officials created by Nutter from the five major southeastern counties — Bucks, Chester, Delaware, Montgomery and Philadelphia. This award enabled the region to accelerate retrofit activity among the commercial and residential building stock. The second major investment was a $200 million smart grid grant awarded to PECO, the region’s electric utility, that financed upgrades for critical system infrastructure as well as the installation of smart meters so that consumers can better understand how to manage their energy use.

This successful network of partners and supporters that had already come together to participate and support Greenworks, EnergyWorks and PECO’s Smart Grid award were already established and therefore ready to participate in the region’s most ambitious energy efficiency opportunity to date — the creation and successful launch of the Energy Efficient Buildings Hub.

A public-private partnership led by Penn State University, the Greater Philadelphia Innovation Cluster — now EEB Hub — came together to successfully compete for the nation’s first Energy Regional innovation Cluster, a $125 million federal grant opportunity with the dual purpose of accelerating the adoption of energy-efficient building technology and fostering economic development opportunities and job growth through the creation of a new sector and industry in greater Philadelphia. Established at the Philadelphia Navy Yard and launched in February 2011, the EEB Hub is leveraging the region’s previous energy efficiency activities and investments by pursuing scalable market solutions for the retrofit of average size commercial and multifamily buildings in Greater Philadelphia.

One of the most important market acceleration initiatives that the EEB Hub has had the chance to successfully contribute to is the passage of benchmarking and disclosure legislation by the city of Philadelphia in October 2012. The law made Philadelphia the sixth major U*.S. city to adopt an energy benchmarking and disclosure ordinance for its commercial buildings 50,000 square feet or larger.

Mayor Nutter's signing of the legislation which was passed unanimously by the Philadelphia City Council is the latest indicator that benchmarking and disclosure laws are gaining popularity fast with cities that are seeking to create additional momentum or jump-start energy-efficient building initiatives. One major reason for increased interest among policymakers is the premise that the legislation is providing consumer transparency for the first time publicly about a building’s energy footprint, which could galvanize market demand for more efficient commercial space.

Requiring building owners to comply with the law and enabling consumers to choose commercial space based on energy efficiency attributes are key market drivers that can catalyze interest in energy-efficient building technologies and retrofit activities.

Benchmarking is an important first step toward increasing awareness of the energy performance of a building and motivating energy efficiency improvements. According to the Institute for Market Transformation, an organization dedicated to fostering the growth of benchmarking policies across the U.S., a number of recent studies have indicated that the practice of benchmarking leads to energy savings, including a Building Operations Management survey of hundreds of facility managers who used Portfolio Manager. The survey found that 70 percent used Energy Star to guide energy efficiency upgrade plans and 67 percent used Energy Star to help justify an energy efficiency project.

Philadelphia’s legislation amends the "Energy Conservation" portion of The Philadelphia Code to require large commercial buildings to benchmark and report energy and water usage data. According to the city, the bill’s purpose is “not only to make organizations aware of their energy use, but also identify opportunities for improvement and assist in establishing energy consumption baselines that will help set future goals.” The mayor’s Office of Sustainability will issue regulations this spring, and building owners will need to benchmark their buildings using Energy Start Portfolio Manager and report the results to the city beginning in October. The following year, the city will make this information available to the public.

The Energy Efficient Buildings Hub served as a technical partner for the mayor’s Office of Sustainability during the process to pass the legislation in Philadelphia and will now serve as a key implementation partner. Creating a partnership with the city’s utilities, especially PECO, was a critical step to fostering high compliance rates among building owners.

In order to catalyze a partnership, the EEB Hub created a Regional Utility Data Access Working Group that convened major stakeholders including the mayor, CEOs of major real estate firms, the Pennsylvania Public Utility Commission, service providers and policymakers to explore the connection between easy data access for building owners and energy efficiency knowledge and investment.

Pennsylvania Utility Commission Chair Rob Powelson committed his time and participation to the working group and articulated his strong support for Philadelphia’s benchmarking initiative, both critical factors in signaling to PECO and other utilities that supporting implementation was important to the commission. As a result, PECO announced in October 2012 at the second working group meeting that they would pursue a new service (through a rate-case filing) that would automatically transfer building utility use data into portfolio manager, saving time and improving accuracy for building owners.

Moving forward, the EEB Hub will serve as a marketing, education and data analysis partner for the city with their benchmarking initiatives. The hub will analyze the submitted data and create a database for analysis and reporting such as tracking the rate of building energy use and reduction over time as a result of the law. The hub will also promote the adoption of advanced retrofit technology, pursue opportunities to engage tenants and owners in behavior-oriented energy conservation measures, and support the growth of new building technology companies in the Greater Philadelphia market.

Mayor Nutter's commitment to sustainability and energy efficiency combined with EEB Hub’s partnership with the Office of Sustainability creates a unique opportunity to position Philadelphia as a global leader in the adoption of building technologies and retrofit strategies that create a more efficient, resilient and competitive building stock.

These efforts would not have been successful without the strong partnerships that have been formed between the Hub and local organizations such as the Greater Philadelphia Chamber of Commerce and the Delaware Valley Green Building Council, real estate leaders such as Liberty Property Trust and Brandywine Realty Trust, the Office of Sustainability, the PUC, PECO, and the participation and support from key national organizations such as IMT, the Department of Energy, the Environmental Protection Agency and the White House Office of Environmental Quality. 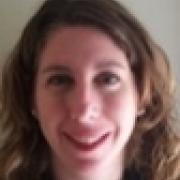 See all by Laurie Actman