How a polluted winery became a model of sustainable practices

<p>The oldest winery in the US was transformed over the course of eight years by rethinking its relationship with water, aerating its wastewater and using renewables.</p>

This story is reprinted from Sustainable Business.com with permission. It originally appeared in On Earth, a magazine produced by the Natural Resources Defense Council.

When Tim Thornhill moved to a ranch in the hills near Ukiah, California, in 2002, he didn't plan to become a vintner. The former landscape contractor -- whose voice still carries the soft twang of his Houston upbringing -- had relocated with a single goal in mind: to build a "paradise" for his family.

Thornhill had started his landscape business back in Texas with little more than a wheelbarrow and a pickup truck, and then moved to Orlando, Florida, where he spent more than 10 years working on Disney theme parks and resort hotels. But within two years of settling in Mendocino County, Thornhill and his brother, Tom, began eyeing a nearby parcel of land that had come up for sale.

The Parducci winery, the oldest in the county, was an anchor of local viniculture. But the property itself had seen better days. The regular application of petroleum-based pesticides, fungicides, and herbicides had distressed the vines. Wastewater polluted with oxygen-depleting wine sugars flowed into a cabernet-colored pond that was covered with scum and "was at risk of being in violation of state environmental regulations," Thornhill recalls. Sensing the potential for rebirth, the brothers bought the winery anyway.

When Thornhill promised his new employees that there would one day be a cleaned-up pond bordered by picnic tables and a bird sanctuary, they didn't believe him. But little by little he began to change the way things were done at Parducci, and to change minds.

Over the past eight years, Thornhill has turned Parducci into the nation's greenest winery. Today, all of its electricity comes from solar or wind sources. Petroleum-based fertilizers have been replaced by natural soil amendments, including manure and pomace (discarded grape seeds, skins, and stems), which nourish the vineyard's certified-organic grapes. Wine labels are now made of 100 percent postconsumer recycled paper; boxes are made from recycled, chlorine-free cardboard; all inks are soy- or water-based. Company vehicles and farm equipment run only on renewable, low-emissions biodiesel.

One of the biggest challenges, Thornhill says, was rethinking the vineyard's relationship with water. A three-days-a-week watering schedule had become entrenched at Parducci, simply because "that was the way it had always been done" over the winery's 80-year history. Thornhill replaced the sole water meter with 27 new tensiometers, which measure soil moisture with pinpoint accuracy. He eventually cut water use by 20 percent. "Now we might not even have to water at all in the course of a given week," he says.

Thornhill also upended conventional wisdom on vine maintenance. Instead of spraying for aphids, he planted rows of wildflowers between vines to provide habitat for aphid-eating insects. To keep the rodent population down, he built owl boxes.

The most impressive habitat on the property is the bird sanctuary and wetlands -- formerly known as "the scummy pond." The winery's wastewater has a high sugar content, which creates an untenably high biochemical oxygen demand (BOD) burden, depleting the available oxygen in the water for fish and other organisms.

To reduce the sugar before the wastewater went into the pond, the wastewater needed to be aerated, so Thornhill devised a clever system employing gravity, waterfalls, and "trickle towers" that he crafted from used wine-barrel racks. Now wastewater flows downhill from the winery and cascades over these towers, which not only aerate the water but also provide habitat for filamentous fungi, algae-like organisms that eat sugar.

Since he cleaned up the pond, the area has become a sanctuary for all manner of egrets, herons, and wood ducks. (Thornhill has also spotted frogs, turtles, muskrats, otters -- and teenagers -- sneaking in to swim in the clear water.)

Wine critics have taken note of how much Parducci's output has improved since Thornhill began his cleanup campaign, a correlation the winemaker ascribes to "better balanced vines, better balanced fruit, and better balanced wine." There's probably no prettier place in Mendocino County to sit with a glass of pinot noir and contemplate the mountains than right next to what used to be a stinky, scummy wastewater pond. 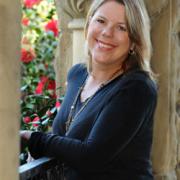