How a post-growth economy can create stability

On a finite planet, endless economic growth is impossible. There is also plenty of evidence that in the developed world, a continued increase of GDP does not increase happiness.

Back in 1930, economist John Maynard Keynes predicted that growth would end within a century — but he was unclear whether a post-growth capitalism was really possible. Today, mainstream economic thinking still considers growth to be a vital policy objective — essential to the health of a capitalist economy. There remains a concern that ultimately, a capitalist economy will collapse without growth.

I recently published new research that suggests a different view — that a post-growth economy actually could be more stable and even bring higher wages. It begins with an acceptance that capitalism is unstable and prone to crisis even during a period of strong and stable growth — as the great financial crash of 2007-08 demonstrated.

Previous studies on "post-growth economics" have tended to search for an elusive sweet spot where the economy would be steady and robust enough to cope with all shocks. But theorizing along those lines fails to address the question of whether an end to growth would, in general, make an economy more or less stable.

Back in 1930, economist John Maynard Keynes predicted that growth would end within a century — but he was unclear whether a post-growth capitalism was really possible.

For this study, I developed a novel mathematical macroeconomic model, making use of American economist Hyman Minsky’s theory of financial instability. He argued that financial crises are to be expected in capitalist systems because periods of economic prosperity encourage borrowers and lenders to be progressively more reckless. Minsky’s work was rather overlooked prior to the 2008 crash, but has received increased attention since.

The model included a banking sector that charges businesses interest on loans. That way, it could address the concern that this key feature of capitalism might in itself create a need for growth. (While other aspects of finance could be reformed for a post-growth economy, it is hard to imagine a capitalism without debt and interest.) The model also included a basic labor market, with dynamic wages.

The analysis was based on a "complex systems dynamics" approach. Simple assumptions combine to create a "non-linear" model of an economy whose behavior is diverse and unpredictable. This approach is essential for a full understanding of the fluctuations, cycles — and occasional crises — that real economies go through.

In looking at results, I was interested in whether there was "runaway explosive behavior." In a stable scenario, growth of output (GDP) fluctuated around the growth in productivity. But in an unstable scenario, the fluctuations would get bigger and bigger, until a collapse occurred.

Businesses should not take on extra debt when there is an economic upswing.

Far more important for stability was debt behavior. In line with Minsky’s theory, the more rapidly businesses try to change their level of debt in response to fluctuations, the more likely there is to be a crisis.

The results showed that businesses should not take on extra debt when there is an economic upswing, nor should they engage in any panic-induced debt payoff during a temporary downswing. The results even suggested that low debt volatility was more important for stability than the overall level of debt.

From looking at gradual and sudden transitions to a post-growth economy, I found that neither would trigger a crisis. The results also showed that an end to growth would not cause rising inequality. Instead, the share of profit going to workers actually would increase.

Ultimately, my experiment suggests that a move to a stable post-growth economy  could be achieved without dismantling our entire banking system, and while maintaining a positive interest rate on loans.

There are, of course, reforms that would have to be made to the global financial system. I found that an end to growth reduces profits for business owners. Therefore, if it remains relatively easy for money to flow across borders, then investors might abandon a post-growth country for a fast-growing developing country. Also, businesses are beholden to shareholders keen on growth as a means to rapid profit accumulation.

It may be that environmentalists trying to protect the Earth’s resources do not have the power themselves to curb the excesses of capitalism. However, growth has slowed in advanced countries, and some mainstream commentators and economists are predicting a transition to a post-growth era, whatever our environmental policy — which means the study of post-growth economics is a field which itself will grow. 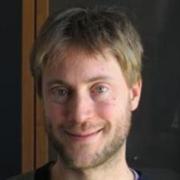 See all by Adam Barrett