How the private sector is stepping up on climate change

The following Q&A is an edited excerpt from the Bard MBA’s April 20 The Impact Report podcast, which brings together students and faculty in Bard’s MBA in Sustainability program with leaders in business, sustainability and social entrepreneurship.

Michael Vandenbergh points out that 70 percent of us think that companies should be doing more on climate change. The good news, as he also points in his new book, is that the private sector is rising to that challenge.

"Beyond Politics: The Private Governance Response to Climate Change" makes the case that the private sector can fill the environmental gap created by partisan politics. Vandenbergh and co-author Jonathan Gilligan highlight the emissions reduction initiatives of prominent firms such as Hewlett Packard and Mars, Inc., and call for further corporate action on a low-carbon future.

Vandenbergh, the David Daniels Allen Distinguished Chair of Law at Vanderbilt University and director of its Climate Change Research Network, figures that the private sector can eliminate a billion tons of carbon emissions each year over the next decade. As he says, it’s a number that would matter.

The Bard MBA’s Sarah Hutcherson spoke with Vandenbergh about his his work and "Beyond Politics" for the Impact Report.

Hutcherson: What inspired you and your co-author Jonathan Gilligan to write this book, and why now?

Vanderbergh: A little more than a decade ago, I brought Jonathan, who’s a physicist here at Vanderbilt, in to teach climate issues in my Environmental Law class. What he taught me about the climate problem was so important that I packed up some of the other projects I was working on, and I’ve been working almost exclusively on climate ever since. From my perspective, it’s the most serious of the environmental problems we face and it’s essentially irreversible.

What can any individual or institution do?

The second piece of what motivated us to do this is that both of us, a scientist and a law and policy person, think in ways that are independent of what the group is thinking. We came to believe that this is a problem that deserves priority and urgency. And long before the current administration was elected, we recognized that government was not going to do as much as we thought was necessary to substantially reduce the risk of very serious climate change. So, we started looking around to see what other options were out there.

That’s really what led us to the thesis of our book, which is that the private sector — meaning corporations, households, universities, civic and cultural groups, etc. — in the aggregate can add a billion tons of greenhouse gas emissions reductions every year for the next decade.

Hutcherson: What are the barriers that prevent the private and public sectors from working together?

When I was at the EPA, we worked equally with Republicans and Democrats, and we had a very good transition with the prior Republican administration. We may have differed on certain issues, but we didn’t treat each other as enemies. If you look at some of the best sociology on the growing polarization in Congress, you’ll see that starting around 1994 or so, a massive gap opens between Republicans and Democrats on voting for environmental issues. That’s tragic because I don’t think Mother Nature cares whether we’re Republicans or Democrats or Independents.

What I’ve learned from working with social psychologists is that people start with a worldview and then they engage in confirmation bias and motivated reasoning in order to pick and choose facts that support that worldview. Our work is designed to help people get past that very basic failing in our reasoning process. We try to get people to look at science and at solutions in ways that give them as much as much of an open mind as possible.

I think the question you asked is maybe the most important one in the climate field and perhaps even for our democracy. Where do we see commonalities among us, and how can we present information in ways that we can all accept? In our book, we focus on the role of the private sector because we think it’s a huge opportunity, but also because many people who are more in the middle or on the right tend to be skeptical about government.

Hutcherson: How do you think our current political reality can galvanize private citizens and the private sector to fight climate change?

Vanderbergh: I think the timing is right. We started writing this book long before the last presidential election, and even then we knew that no matter who became president, the government was unlikely to have the political capital necessary to do what we need to do in this space. Now that’s all the more clear.

When we talk about climate, many people say, "What can government do?" Our argument is that’s the wrong question. When you ask that question you’ve just excluded the role of non-governmental actors. The question really has to be, "What can any individual or institution do?"

I don’t think Mother Nature cares whether we’re Republicans or Democrats or Independents.

The approach we take is that there’s at least a substantial chance that the climate problem is real, and if that’s true it makes an enormous amount of sense for private actors — whether that means corporations or universities or local civic clubs, libraries or individual households — to act in response. Once you are going down that road, you start looking at the kind of data that we looked at in this book, and you start realizing that the private sector can make a very substantial contribution. It can’t solve the problem, but it can make enough of a contribution that it’s worth pursuing.

Hutcherson: How have businesses been able to reframe solutions to climate change?

Vanderbergh: Jonathan and I have done a tremendous amount of research to understand where the private sector is moving on climate. It’s just remarkable what we found. For example, there are more than 100 companies that have committed to buy all renewable power, and those companies are surprisingly important.

Recently, Facebook announced that it was going to open a $1 billion new data center in Virginia. But that data center would only be opened in Virginia if it got 100-percent-renewable power from the power company. There’s an example in which Facebook wasn’t saying, "Hey Virginia, you have to believe in climate change." Instead, it was saying, "If you want our data center, you need to supply us with renewable power." If we can provide renewable power throughout the U.S. electricity grid, that will take us a long way toward a cleaner and lower carbon future. 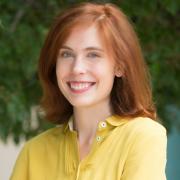 What B Corp certification means for Danone North America

See all by Sarah Hutcherson