Reclaimed wood is increasingly being specified and used in lodgings of all types, whether in flooring, doors, mantels, paneling, menu covers or other fixtures or accessories. When The NoMad Hotel opened in New York City in 2012, it did so with reclaimed wood flooring in its guestrooms. When the Grain Tasting Bar opened late that same year at the Hyatt Regency Vancouver in British Columbia, it featured doors made from reclaimed wood. When the Heritage Cabins at Pine Bungalows in Jasper National Park in Alberta, Canada were completed this year, they made use of the knotty pine tongue-in-groove wood installed in the original Pine Bungalows cabins in the 1960s and 1970s.

The motives for using reclaimed wood are many. Environmentally, wood taken from existing structures or even river bottoms can have many advantages. Virgin or farmed forests are not cut down and wood is diverted from the landfill. The more local the sourcing, the greater the environmental upside.

For the structure's owner, there are cost savings from not having to dispose of the wood. Aesthetically, reclaimed wood cannot be beat for offering an aged appearance to a setting. Structurally, old reclaimed wood tends to have a much tighter grain structure and is more stable than virgin wood of the same species. From a marketing standpoint, there can be fascinating stories behind the wood worth retelling.

Knowing the source of the reclaimed wood that one purchases can be tricky but most suppliers to the hospitality industry well document the source of their product — on their websites and internally through branding and other processes. The Forest Stewardship Council, according to Brad Kahn, the organization's communications director for the United States, certifies not only companies selling reclaimed wood but also the individual products themselves.

"There are 29,000 companies FSC certified, the majority of which are chain of custody certified," Kahn said.

FSC has several recycled product labels. Its FSC Recycled label is the label to look for when considering reclaimed wood.

"The FSC label tells the customer it is reclaimed wood and someone has verified it," Kahn said.

Companies earning the FSC label must adhere to FSC standards and hire an auditor to ensure best practices are being followed.

"'Reclaimed' is more of a book audit," Kahn said. "It feeds into LEED. You can earn credits in the LEED system for it. LEED does drive a lot of these decisions."

Kahn said FSC does not set standards for deconstruction, the process by which reclaimed wood is generated. 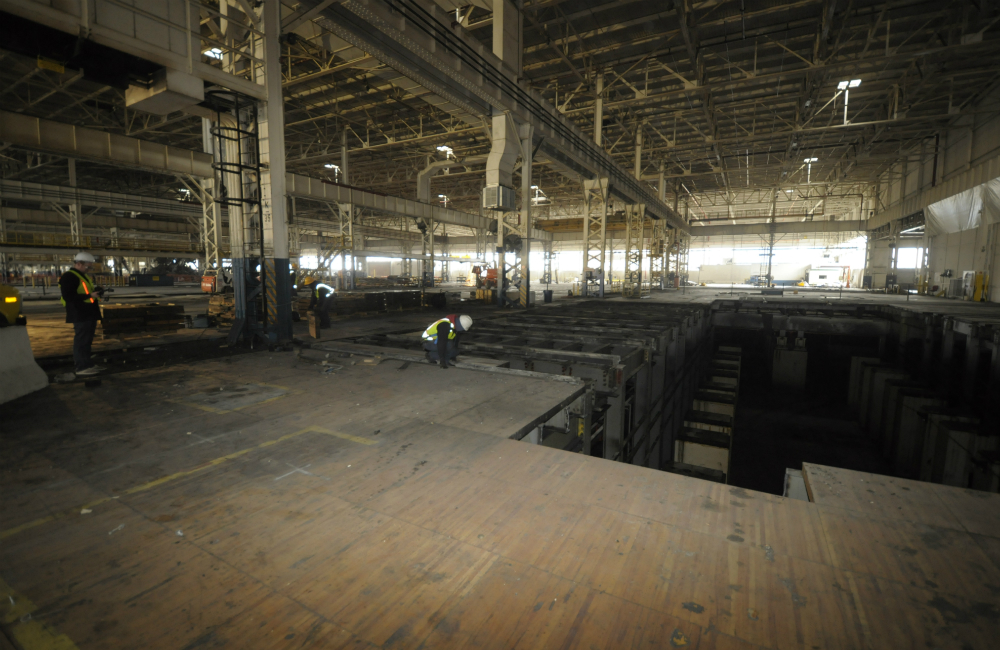 An increasing number of companies now offer wood reclaimed from barns, factories and other sites. The following is a list of some companies that either specialize in hospitality or participate in some hospitality projects.

Rustbelt Reclamation, according to Chase Horsburgh, principal, V.P. of business development, manufactures all of its products from reclaimed materials set for demolition. The addresses of salvage sites are listed on the company's website.

"We have a full-time harvesting manager," Horsburgh said. "He spends all of his time chasing down leads on reclaimed materials. We work with several demolition contractors. We will go into the structure several days prior to demolition to get the wood we need."

The wood is photographed at the demolition site, crated, taken back to a warehouse, numbered and placed in inventory. The harvest location and species are inputted into an inventory tracking system.

"We take material through our processing department where it is de-nailed," Horsburgh said. "We cut it to length. We use a metal detector over it and take moisture readings. Once we use [a piece of wood] to construct a job, we insert a coin in it that states the salvage location — a circular wooden coin. The end user can go on our website and search the location. We are really all about telling a story."

"As the sustainability movement forges ahead, the consumer's desire for reclaimed product will continue to grow," Horsburgh said. "It is becoming a bigger trend. Every new restaurant is using reclaimed materials." 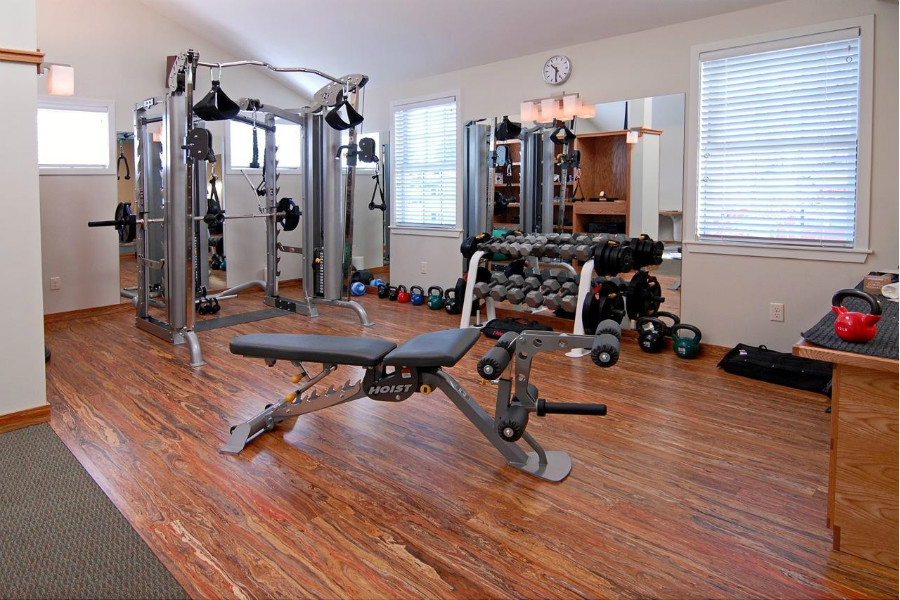 Old World Reclaimed Woods offers beams, planks, siding, flooring, mantels and other items. Barns are the primary source for the company's wood. According to John Israel, the company's president, wood has been acquired from five barns and one factory so far.

"We make box beams," Israel said. "We do flooring, mantels. We are starting to get into furniture."

Israel said reclaimed wood is a superior green option to wood grown on farms with fertilizer.

In regard to tracking, he said his company places the name of the barn on the wood sold. Sometimes, he said, one can go to Google Maps and still see the barn standing.

Sustainable Flooring's reclaimed woods can be divided into two categories — those sourced from old structures and those recovered from river bottoms. The "old structure" reclaimed wood is barn wood that has been reclaimed through deconstruction and then milled into flooring. The dredge wood is reclaimed from the bottom of riverbeds throughout North America. 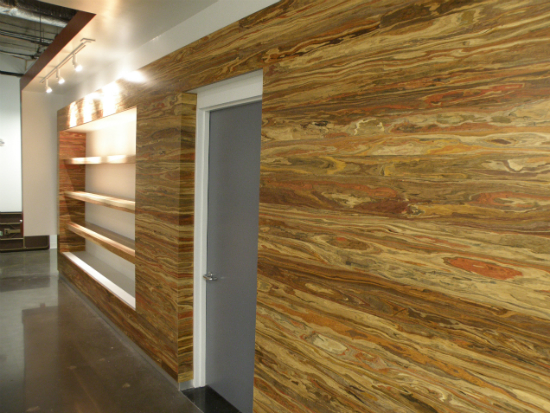 "Most of our reclaimed material is about 25 percent harder than traditionally available wood of the same species, and more stable-since the growth rings are tighter," said Pete Nichols, president and owner of Sustainable Flooring.

"Our reclaimed Strandwoven Timber, made from post-industrial reclaimed/recycled veneers from the furniture manufacturing industry, uses recycled by-product, which is compressed together, and then milled into flooring," Nichols said. "This produces a product about four to five times as hard as the original species input, and is much more stable (moves less with changes in relative humidity), and produces a tight-grained aesthetic unseen in traditionally harvested woods used for flooring."

Nichols said his company is seeing more interest in reclaimed wood from those in the hospitality space. "More clients value products with a sustainable story than they used to," he said. "And, when you can add product features (such as greater durability and stability), it somewhat makes it a no-brainer."

When asked what one should look for when considering reclaimed wood, Nichols emphasized making sure the species of product meets the application. "For a high-traffic area in a high-traffic hotel, it might not be a good idea to put down pine," he said.