Across the United States, more and more businesses and individuals are choosing renewable energy.

At the end of 2008, the last year for which data is available, the voluntary renewable energy market represented more than half of total new renewable energy demand in the U.S. This market accounted for roughly 24 billion kilowatt-hours -- enough electricity to power more than two million homes for a year.

Hundreds of thousands of homeowners and renters currently purchase renewable energy through their local utilities or green power marketers. Thousands of companies, including some of the largest and most well-known U.S.-based corporations, are demonstrating their leadership through sizable purchases of renewable electricity products.

Through these voluntary purchases, consumers are building demand for new solar, wind, biomass, geothermal and small-scale hydropower projects in all corners of the country. The motivations for supporting renewable energy are numerous, but many of these customers -- residential, institutional, and commercial -- choose renewables to reduce their impact on the environment.

A renewable energy certificate represents the environmental attributes of one mega-watt hour (MWh) of electricity generated from a source of renewable energy. Although RECs can be bundled with electricity, they are a different product and are often sold separately from the underlying electrical generation.

Purchasers of RECs are permitted to claim that their home or organization is powered either in part or in total by renewable energy. In selling the environmental attributes via the REC, the purchaser of the underlying electricity, such as the local electric utility, has been stripped of its ability to make these claims.

Why would the environmental attributes of renewable energy be separated from the underlying electricity?

Electrons are physically identical, meaning it is impossible to distinguish the source of electricity once it enters the electricity grid. Whether generated from coal or wind, natural gas or solar, it all is exactly alike when flowing through transmission lines.

Until the mid- to late 1990s, this wasn’t a problem -- electricity was electricity and people generally didn’t care about the source. But as the public became more environmentally aware and states began to develop renewable electricity standards, it became clear that establishing a separate commodity for the environmental attributes would greatly enhance the flexibility and liquidity of the burgeoning market for renewable energy. And so RECs were born --  first in the California electricity market in 1998, and later as companies began selling RECs to retail customers nationwide.

Since then, RECs have become a widely used tool for organizations aiming to meet environmental goals. In 2008, REC purchases represented more than 60 percent of renewable electricity sold to customers in the U.S. The Environmental Protection Agency’s Green Power Partnership, a voluntary program supporting the organizational procurement of green power, currently lists more than 1,200 organization members that are purchasing at least a portion of their electricity from renewable sources. Organizations such as Whole Foods, The World Bank, and Dannon are 100 percent powered by renewable energy, much of it sourced from RECs.

Consumers also have a myriad of other options when it comes to meeting environmental goals. Energy efficiency projects, carbon offsets, and on-site renewable energy generation are just a few of the strategies and tools being implemented by organizations around the world.

In order to reduce America’s reliance on foreign sources of energy, create new jobs, enhance economic competitiveness, and mitigate climate change, companies will need to look hard at all of these options. RECs provide a flexible pathway for organizations to support the development of renewable energy and lay claim to the environmental benefits of being powered by wind, solar, or other renewables.

Until America has eliminated the need for coal and other fossil-based sources of energy, RECs will remain an effective tool to address both our collective and individual environmental challenges. 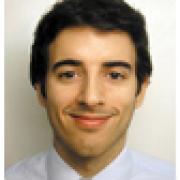 See all by Kyle Gibeault