General Mills' CSO on how animal agriculture can be regenerative, too.

For people who want to help address climate change through their daily choices, many media headlines point to avoiding meat as the biggest way to reduce their impact. With livestock as one of the biggest contributors to greenhouse gas emissions, it might seem that if we only eliminated animals in food production — cows, in particular — we’d save the planet. Meatless meat is exploding in popularity — even Burger King and White Castle have started offering meatless burgers on their menus. Still, despite good intentions, a blanket censure against cattle leaves out a big part of the story: humans. How animals are raised and managed by humans makes the difference in beef’s climate impact.

Before diving into these results, it’s important to understand why livestock get so much attention. A 2013 report by the Food and Agriculture Organization (FAO) estimates that livestock contribute 14.5 percent of human-driven greenhouse gas emissions, of which beef cattle represent 42 percent of the emissions. As the report highlights, the main sources for these emissions come from feed production and processing (mostly driven by fertilizer applications on crops fed to animals), enteric fermentation (how the animal digests the food) and manure management (yes, what comes out the backside). However, the climate impact of each of these drivers fluctuates based on how the animals are raised. An estimated 97 percent of cattle (PDF) in the United States finish their days (the final four to six months of life) in concentrated animal feeding operations (CAFOs) where the cows live in close proximity to each other, eating grains and other crops, and producing a lot of waste, which ends up in manure lagoons that release potent greenhouse gasses and pollute local waterways.

There’s more than one way to raise a cow

In 2016, I travelled to Bluffton, Georgia, to visit Will Harris of White Oak Pastures to learn more about his farm which provides beef to our General Mills’ brand, EPIC Provisions. Harris runs a multi-species ranching operation with over 100,000 animals on 3,000 acres of open pastures and tree-lined corridors. His diversified farm starkly contrasts to neighboring fields that specialize in single crops such as cotton, peanuts or corn.

Harris began as a conventional beef farmer, but over the past 25 years, he has overhauled White Oak Pastures’ production system, including the conversion of degraded row cropland to holistic planned grazing, to become a leading producer of grass-finished meat. His farming methods and quality products have earned him the attention from outlets such as The New York Times, Garden & Gun and the Audubon Society.

As herds graze, dung, urine and old plant matter are trampled into the ground where they can decompose and enrich the soil’s network of microbial life.

Today, Harris operates his farm as an ecosystem, grazing cattle, sheep and poultry in rotations, using the Savory Institute’s holistic planned grazing model. Through holistic planned grazing, animals are frequently moved between paddocks with time between grazings built in for plant recovery. This process aims to mimic the way that wild herds of ruminants move across grasslands. As herds graze, dung, urine and old plant matter are trampled into the ground where they can decompose and enrich the soil’s network of microbial life. Dung beetles and other beneficial insects aerate the soil and move resources into the soil.

Grazing complimentary species together also supports the health of his farm ecosystem: The cows graze the grass, the sheep and goats prefer the weeds, and the poultry peck at the roots, bugs, and grubs. Through this kind of rotation, the pastures are grazed and fertilized in three ways. This combination of rotational grazing with other regenerative practices such as composting and maintaining perennial pastures has rejuvenated his red Georgia clay into rich topsoil.

At General Mills, we recognize the magnitude of greenhouse gas emissions from agriculture and the potential for agriculture as a solution. One-third of all GHG emissions come from the food system, and 80 percent of that is from agriculture. Yet soil has the capacity to sequester carbon — 0.4 – 1.2 tons per hectare — depending on the soil type. With this in mind, we wanted to understand how Harris’s practices affected the farm’s total greenhouse gas emissions.

The study suggests that — unlike a conventional beef operation — White Oak Pastures’ beef is a carbon sink.

Working with a third party, Quantis, we conducted a life cycle assessment on the farm using both soil sampling and modeled data from 2017. The LCA analyzed the farm’s overall greenhouse gas footprint, including enteric emissions (belches and gas) from cattle, manure emissions, farm activities, slaughter and transport, and carbon sequestration through soil and plant matter.

The final results (PDF) are compelling and surprising: LCA data shows that White Oak Pastures offsets as much as 85 percent of the farm’s total carbon emissions and at least 100 percent of the beef emissions. For every kilogram of beef produced, 3.5kg of carbon are sequestered in the farm’s plants and soil. In other words, the study suggests that — unlike a conventional beef operation — White Oak Pastures’ beef is a carbon sink.

Shifting the paradigm from 'do less harm' to 'do more good'

We recognize this is one study, but the results are significant and serve to bolster EPIC’s commitment to sourcing from ranchers using regenerative livestock management practices. The results from the White Oak Pastures’ LCA defy conventional wisdom about beef. Not only is White Oak Pastures’ beef lower in carbon emissions than conventional beef, the LCA also shows that regenerative management can produce a smaller carbon footprint than other non-beef protein sources, including Impossible Burger (PDF) and Beyond Meat (both net carbon emitters according to their own public LCAs).

A lot of climate action efforts focus on doing less harm. While necessary, this approach only prolongs the inevitable decline of our natural resources and compounds the effects of climate change. This approach doesn’t address the degradation that already exists. Regenerative agriculture, as practiced by farmers such as Harris, actually can start to fix the broken cycles and help to restore and regenerate the landscape. This changes the paradigm: Animal agriculture can be part of the solution.

Getting rid of cows and replacing them with more monoculture cropping is not the answer to fix climate change. Healthy ecosystems include animals, and to address the climate crisis, we need to start thinking about humans as part of, and dependent on, a larger ecological system. White Oak Pastures demonstrates the power of positive animal impact and regenerative practices, and of treating a farm as a diverse, thriving ecosystem.

The way we produce our food makes all the difference to its climate impact. As food companies, we need to invest in farmers such as Harris. And we want to encourage more farmers to become like Harris. General Mills is elevating the importance of farmers and regenerative agricultural practices with several initiatives underway to meet this goal, but to highlight just a few:

Developing a holistic, inclusive and outcomes-based approach to regenerative agriculture means inviting all types of farmers to the conversation and prioritizing impact measurements at the farm-level. We recognize that farmers are critical to advancing this work, and we want to do what we can to support them and advance their regenerative practices.

To address this global climate crisis, we need every food company taking action. We need to leverage the power of business to drive meaningful change in the food system. We owe it to ourselves and to future generations to dig into our supply chains, to ask more questions, and to identify ways that we can help regenerate our planet through food — cows included. 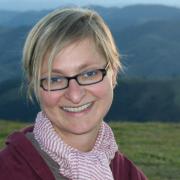