How Renault's circular thinking is driving down waste

"Some 15 years ago, the main problem was landfill, or emissions from incineration," Hermine said. "That was the beginning of the movement to measure -- because there is no progress if you don't know what waste you have, or where it is."

About 10 years ago, another layer of impetus arrived, in the shape of rising costs among waste disposal companies and new environmental taxes. "So we tried, very early at Renault, to give a price to any waste," he said. "Which doesn't mean negotiating the best deal for waste disposal, but being able to justify your actions."

The most recent driver, which arose about five years ago, is a pressing need to manage resource dependencies. "Price fluctuations of raw materials highlight that we are dependent on finite reserves," Hermine said. "Our production costs can increase hugely, but can't be transferred to our customers."

Renault's response has been admirably simple. First, reduce waste by reducing consumption. Second, reuse as much as possible. And third, recycle what can't be reused.

Renault's newest production facility, in Tangier, Morocco, embodies its thinking. Opened in early 2012, the plant is zero carbon, powered by wind turbines and biomass boilers fed with local waste olive stones and specially grown eucalyptus wood. The factory also recycles all of its waste water. "To achieve that, the first step is to reduce need, otherwise it's much too costly to recycle all the water," Hermine explains. "We put all our knowledge into reducing need by 70 percent. Then you can cost-justify recycling."

Renault's older factories don't have the luxury of Tangier's clean sheet, so cleaning them up to the same standard would be economically impossible today, he said. Nonetheless, the company has set itself long-term goals for improvement, aiming to cut its water consumption by 45 percent from 2005 levels by 2016, among other targets.

To support its goals for component reuse, Renault has established a facility in France to refurbish mechanical parts, rejuvenating 20,000 gearboxes and engines a year. "That's sufficient to supply 60 percent of the repairs in our dealer network," Hermine said. "Customers have the choice of remanufactured parts for about 70 percent of the cost of new, with the same warranty."

While that sounds like a win-win, it's not easy to organize -- requiring full reverse logistics to bring back damaged units, plus changes at both design and manufacturing stages to allow full dismantling and reassembly.

"That is one of our best projects, really a circular economy project." Waste drops by 70 percent, energy by 80 percent and water use by 70 percent, he said, compared to making units from scratch. "It's good economically, environmentally and also for the client, who pays a lower price," he adds.

Even a company of Renault's scale needs to work with others to tackle many of its challenges. It has set up a joint venture with waste management specialist Sita to take charge of collection and dismantling of vehicles at the end of their life, which is already recovering parts and materials from 100,000 cars per year. It is also working with its supply chain to enable use of recycled raw materials, and is part of ValTex, a research consortium with French railway provider SNCF, among others, to find second lives for textile fibers.

"There are opportunities and difficulties," Hermine added. "Our suppliers can be the most difficult to bring into a circular economy because it means they are not fully free to manage their own raw materials. So there is a need to converge, and for education, because changes in business models always take time."

And, of course, Renault's core business constantly is evolving. It already is working out the waste implications of increased car sharing, for example, and researching the option of refurbishing entire vehicles for fleet use. It's also in the vanguard of electric car production, where it rents rather than sells the large and valuable lithium-ion batteries.

"We are fully the owner of the battery, so when it comes to a secondary use or recycling, we have full control," Hermine said, adding that ownership can be important if you aim to create a fully closed loop.

"We are not dreamers, we are very pragmatic in what we do -- that's the main message I would like to get across," he said. "We also consider the long-term changes that are linked to the sort of products we produce."

Image of Renault office building by IgorGolovniov via Shutterstock. The original version of this story appeared at BusinessGreen. 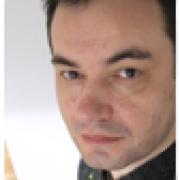 Taking energy saving out of the dark ages

Can smart cars pull out of the slow lane?

Why cities hold the key -- and key challenges -- for sustainability

See all by Lem Bingley