<p>Some groups are now asking the SEC to help them shout down and shut down shareholder concerns.</p>

A major assault on shareholder rights is underway.

Led by the U.S. Chamber of Commerce and groups such as the American Petroleum Institute, National Association of Corporate Directors and American Insurance Association, big business is hard at work trying to undermine investor involvement in shaping corporate policies and practices.

These groups recently filed a petition (PDF) with the Securities and Exchange Commission asking the SEC to change the criteria for allowing shareholders to resubmit proxy resolutions on issues that received minority support in previous votes. In other words, while companies claim they want to communicate with shareholders, it's really a one-way street; they don't want to hear from shareholders when it comes to changing corporate policy.

The Chamber and others have beaten this drum for over 15 years, but given recent victories for shareholder rights — the ability to nominate candidates for directors, for example — the apparently threatened big business voice is trying to squelch the views and recommendations of shareholders, who filed over 800 proposals in 2013.

They're not alone. In late March, SEC Commissioner Daniel Gallagher recently made a major speech at Tulane Law School echoing these sentiments. NASDAQ General Counsel Edward S. Knight wrote an op-ed in the Wall Street Journal about it last month. Delaware Judge Leo Strine wrote a lengthy piece challenging the frivolous resolutions filed by investors with no skin in the game.

The Chamber-led petition asks the SEC not only to increase the voting threshold for resolutions but to do a cost-benefit analysis of the present rule and also limit the number of resolutions that can appear on a company ballot.

Such proposals may stiffen the resolve of shareholders, but there are likely sympathetic ears among the SEC's Republican appointees. The petition, addressing Exclusion of Resubmitted Shareholder Proposals, 17 C.F.R. §240.14a-8(i)(12), states, "In the last several years, since Congress' mandatory requirement of 'say-on-pay' referenda, there has been a proliferation of repetitive submissions of non-economically-oriented proposals, often by investors with trivial stakes, that have been overwhelmingly rejected by the shareholders to whom these proposals are addressed."

It's clear that some companies simply don't like being told what to do by shareholders or a government that represents citizen interests. Keep in mind that shareholder votes generally are non-binding in nature, less than 10 percent of proposals receive majority votes and that resolutions would be unnecessary if management would embrace reforms voluntarily — but attempts to take away the rights of shareholders simply smack of authoritarianism and violate the very spirit of corporations being held in the public trust.

Raising the threshold of previous "yes" votes on an issue to warrant inclusion on a future ballot does not, as the Chamber petition states, poses "adverse consequences on shareholders." Shareholders deserve to be informed of social, environmental and governance issues surrounding their company, and they deserve the opportunity to help companies become more ethical, just, responsible and sustainable.

The notion that resubmitting votes for shareholder consideration is a waste of shareholder resources or that it "creates diminished comprehension and attention of shareholders on matters of economic significance" or "diffuses management attention better spent on more economically significant matters" is not only an absurd exaggeration and condescending, it is simply false. 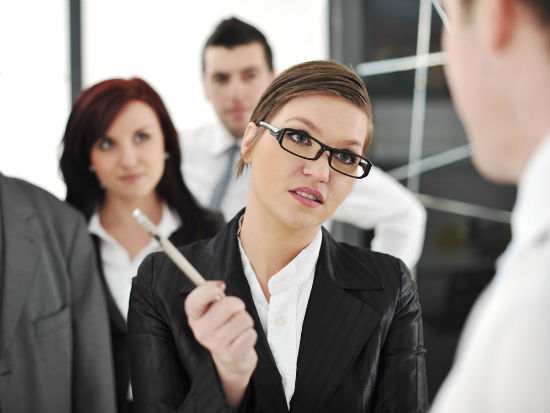 A Sustainable Investments Institute study released last week, commissioned by the Investor Responsibility Research Center Institute, actually shows that companies are far exceeding the legal and regulatory requirements on social, environmental and governance issues. Not only are more than half (55.4 percent) of Standard & Poor 500 companies providing board-level oversight of social and environmental issues, but the Board Oversight of Sustainability Issues study (PDF) indicates that corporate boards quite clearly understand the connection between financial risks and opportunities of sustainable policies and practices and effective management and profitability.

Because it is in their financial interest to do so, these companies generally have stated standards and hire outside counsel, advisors and experts to guide adherence to them. The study also found a strong correlation between company size, as measured by revenue and net income, and the rate of board oversight of sustainability issues. Top quintile companies by revenue were more than three times more likely to have board oversight of environmental and/or social issues than those in the bottom quintile.

So we now know that most companies — including the largest ones in the nation — care enough about environmental, social and governance issues to monitor and oversee it at the board level. This means that it's core to the business model, and not immaterial to the financial bottom line as the Chamber-led SEC petition purports. The reason most ESG proposals fail is not because the proposals lack merit or are immaterial, it's because most shareholders either in principle vote with management, figuring they must know best, or don't vote at all.

But sometimes companies don't know best, and taxpayers and society pays dearly for the poor ESG practices of so many companies. The history and current mantra of corporate exploitation to make a buck is well documented. The problem is that the Chamber et al are operating from an obsolete paradigm that views ESG issues as immaterial. They're simply wrong about that: Being a good corporate citizen is good for business.

Doing good is good for the bottom line

The research clearly backs up the notion of ESG materiality in financial performance. In 2012, Deutsche Bank Group Climate Change Advisors analyzed over 100 studies and reported in "Sustainable Investing: Establishing Long-Term Value and Performance" (PDF) that incorporating ESG data in investment analysis is "correlated with superior risk-adjusted returns at a securities level."

These findings mirror a 2007 United Nations meta-study of 30 academic and industry studies: "Demystifying Responsible Investment Performance: A Review of Key Academic and Broker Research on ESG Factors" (PDF) produced by UNEP Finance Initiative and Mercer, found a neutral or positive correlation between ESG and financial performance in 90 percent of the studies they examined.

Shareholder advocacy is simply not a burden on companies with the intent to foster a sense of social and environmental responsibility. Shareholders who propose changes along these lines have the best financial interests of the companies they own at heart. Corporations are chartered as a public trust. Violate this trust, and the company itself becomes the burden on society, and the harm must be stopped.

Corporate members of these associations should inform them that efforts to diminish shareholder influence are counter to effective management and financial performance. In a democracy, citizen voice always trumps that of corporations when fanatical self-interest counters the values of the common good.

Money and voting image by cvm via Shutterstock