How to revolutionize climate change storytelling

Climate change storytelling is undergoing a major transition, gaining the attention of politicians, countries and corporations around the world. However, with climate deniers newly emboldened and the upcoming Trump administration threatening to turn back environmental progress, will climate change keep capturing our imagination?

Joel Bach and David Gelber, the creators and executive producers of Emmy Award-winning television show "Years of Living Dangerously," not only think so —  they’re proving it. The National Geographic Channel show harnesses the power of blockbuster filmmaking to tell the saga of climate change playing out before our eyes.

"Years of Living Dangerously," which debuted in 2014 and just wrapped its second season, brings together celebrities, politicians, business leaders and individuals impacted by climate change to dive deeper into angles of the story than one feature film can capture. Here, Bach discusses how the craft of storytelling can push momentum towards clean energy and sustainable business. 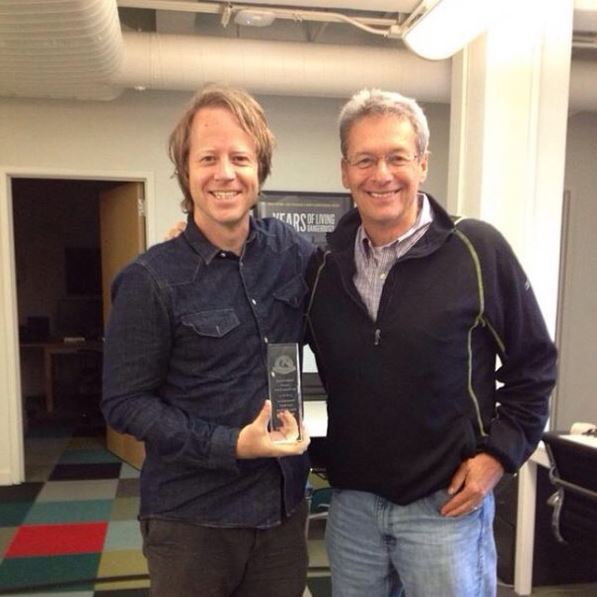 Joel Bach: (Executive producer) David Gelber and I used to work on "60 Minutes" together. We did a couple of stories on climate change and quickly realized this was the most important story out there. We had a fantasy that we would do a feature film on it, but that's not what we do.

At the time that we launched, it had been a while since "An Inconvenient Truth" had run. We thought there should be a big follow-up to this film that would wake people up to climate change. We wanted a big ensemble of people showing that climate change is happening now, affecting people in the U.S., and there are thousands of people trying to combat it and plan for it.

Bach: Vibrant characters matter. And, ideally, a story where you care about the outcome. In season 2, Bradley Whitford did a brilliant story on the Citizens Climate Lobby, which has a stated missions to try to get Republicans to act on climate.

Whitford went to Washington, D.C. and over the course of many months got involved in the process of trying to get Republicans in the tent. There are some struggles and pitfalls, but in the end he succeeds — and you’re along for the ride. We are careful to position our characters so that they are proxies for the viewer. They begin on a journey; they learn things along the way; they continue to ask questions and they encounter people who can provide more information about how to solve the problem.

Khalamayzer: You take people known for their talent in other areas and turn them into climate journalists. How can that teach viewers to investigate their climate impact?

Bach: The show will hopefully encourage people to seek out answers in the way that our cast members seek out answers and find them. It’s always nice to meet people on the ground, but you can also use the internet. If you’re curious about deforestation, you can begin your own investigation into why it’s on the rise in Indonesia while other areas have it under control.

You can learn, as we did in our story on Amazon deforestation (with Gisele Bündchen), that meat production is the driver. What are the alternatives: Using fake meat? Using land more effectively?

And then, of course, if you really have the inclination, go out there and go to these places and learn for yourself. Hopefully the show can do that heavy lifting for people.

Khalamayzer: How do you address the "doom and gloom" aspect of climate storytelling?

Bach: In season 1, we decided to show that climate change is happening now — not 50 or 100 years from now. In season 2, we wanted to tell a slightly different narrative: We are in a race against time. Each year, the science on climate change gets clearer while the impacts get worse, exceeding what climate scientists had predicted.

On the other hand, solutions to climate change are getting better in the form of technological developments and the falling cost of solar and wind energy solutions. Communities, individuals and governments are taking action to combat climate change. These two narratives playing out at the same time is where the tension exists.

We need to martial our collective will to make sure the good narrative wins at the end of the day — and it’s too soon to tell which one will win. [One example is journalist ] Thomas Friedman’s story on climate migrants fleeing the African continent because the conditions in which they normally grow crops no longer exist. By the end of the century, it’s expected that tens of millions of people are going to flee Africa. We don’t shy away from those stories because they’re coming at us hard and fast.

Khalamayzer: How do you measure the impact of climate change storytelling?

Bach: If you want people to act, you don’t just throw a bunch of data at them. You get them emotionally engaged. We did an impact survey with Participant Media and got a score of 95 in the category of emotional involvement with viewers.

The survey found that three out of four viewers came to realize that climate change was relevant to their daily lives. Nine in 10 viewers learned something about climate change. Half of the respondents took some sort of action as a result of watching the show; a third shared information with others in person or on the phone; a quarter sought out more information. One in six viewers voted in the 2016 election as a result of watching the show and one in five viewers changed another person’s mind on climate change.

Khalamayzer: What key messages did you learn while making this show?

Bach: There are real grassroots solutions that people can get involved in. We have associated with our series a grassroots, millennial-led campaign to put a price on carbon. Any industry that creates carbon dioxide pollutes for free, although we know that CO2 is the most abundant greenhouse gas and the Supreme Court has ruled that it is a pollutant.