How to save a shelf-life: cutting down on food waste across its supply chain

Innovations that help consumers store and use food at home can be effective at improving food security and tackling food waste. Today, scalable innovation in consumer packaging is making home storage easier and more efficient than ever.

Globally, some 1.3 billion tons of edible food go to waste every year. This is equal to more than two tons (4,000 pounds) of wasted food per hungry person per year. The nonprofit organization ReFED reports that households are still responsible for the largest portion of all food waste by sector.

While there are plenty of ways to prevent food waste at home, including incorporating leftovers into reimagined entrées and cooking with food scraps, doing away with outmoded methods of food storage can stop the problem at its source by preventing valuable food from spoiling.

SaveTheFood, a joint project of the Ad Council and the Natural Resources Defense Council (NRDC), has published a user-friendly guide to the optimal ways to store everything from fruits to pantry staples and animal products to condiments.

Plastic packaging is one of the most common tools for in-home food storage in the United States. Forms of single-use plastic, including shopping bags, straws and coffee cups, are the targets of a number of consumer-driven campaigns, including the Earth Day Network, the #StopSucking campaign and Stand.Earth. These campaigns have garnered added publicity due to a revelation in the journal Scientific Reports that the Pacific Garbage Patch is accumulating plastic at a higher rate than previously understood. In addition, a recent study (PDF) by the Institute for European Environmental Policy found that "throwaway plastic is failing to solve Europe’s food waste problem."

Leaders in the packaging industry, such as SealedAir, are responding to the concerns raised by these campaigns and studies with a concerted push for rapid, scalable innovation. They are turning both to advancements in the sustainability of the materials they use and to new ways to cut waste across their supply chains.

The environmental impacts of packaging stack up favorably against the impacts of wasted food in a world where 40 percent of food is wasted.

In addition, there is evidence that plastic-based packaging has some environmental benefits. The Industry Council for Packaging and the Environment, INCPEN, argues that "10 times more resources — materials, energy, water — are used to make and distribute food than are used to make the packaging to protect it." The environmental impacts of packaging stack up favorably against the impacts of wasted food in a world where 40 percent of food is wasted.

Packaging is especially important in the animal product supply chain. Innovative partnerships are studying the most efficient and safest packaging solutions to food waste across the value chain, such as the China Poultry Food Security Project, a joint initiative of the World Wildlife Fund (WWF), the China Chain Store & Franchise Association (CCFA) and SealedAir.

Citing the food-saving benefits of packaging, companies from around the world are working hard to come up with new, sustainable, often plant-based means of extending shelf-life.

Danone and Nestlé have announced a joint initiative to make plastic water bottles from biomass feedstocks such as cardboard and sawdust. Ecovative is using mycelium fungi to create an alternative to styrofoam. The U.S. Department of Agriculture has developed a material from milk protein that can line pizza boxes, encase cheeses and create packets for flavoring. A group of researchers in Italy have developed a natural polymer from tomato skins to replace Bisphenol A (BPA) in coatings for cans and bottles. And Bee’s Wrap is a natural and reusable alternative to plastic wrap that is rapidly growing in popularity.

Beyond shelf-life, however, small changes in how food is packaged when it arrives at the grocery store can have implications on how much of it is wasted. For example, ReFED found that (PDF) optimizing the shape and design of packaging to ensure complete consumption of the food it contains and to avoid residual container waste could save 208,000 tons of food per year in the United States, equal to a total savings of $715 million per year.

One of the most impactful changes that can be made to food packaging to reduce waste, according (PDF) to NRDC and Harvard Law, is to standardize date-labeling. Confusion about "sell-by," "use by," "best if used by" and other dates leads nine out of 10 Americans to needlessly throw away food, according to a survey by the Food Marketing Institute. In 2017, the Consumer Goods Forum, a global network of 400 of the biggest consumer goods companies, approved a Call to Action seeking to standardize food date labels worldwide by 2020. 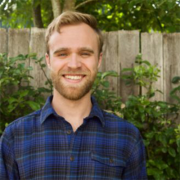 See all by Michael Peñuelas