How schools across the US united to save 2.5M pounds of CO2

The Green Cup Challenge, a program of the non-profit organization Green Schools Alliance, motivates schools to track their energy use and make improvements to operations and facilities while also cultivating sustainable behaviors and student engagement. During the four-week event, schools take a team approach. Students, teachers, custodians and administrators work together to reduce wasteful behaviors -- and have fun doing it.

This year, 350 K-12 schools from across the country and around the world took the Green Cup Challenge (GCC). The Challenge has two separate month-long tracks: recycling and energy conservation. In the Recycle Challenge, schools compete to have the best recycling and waste reduction programs. They also measure and reduce their electricity use to meet energy conservation goals. The (friendly) competition unites school communities, as well as engages students. The event also promotes awareness about climate change and resource conservation, of course.

While the Challenge celebrates the schools’ combined efforts, it recognizes the schools that achieve the most savings. By aggregating the results of all the schools, students can see how individual actions add up. With a school as far away as Korea participating, this year’s GCC brought students together from around the globe in a common effort. Through the Challenge, schools who achieve the best results are able to share their success stories with other schools that learn from their example.

Schools also compete in regional competitions based on geography, giving them the opportunity to compare themselves against academic and athletic rivals.

Students, teachers and staff discover that they have the power to save electricity (and money) in their schools during the Energy Challenge. By encouraging simple changes such as turning off lights when they are not needed, adjusting HVAC schedules and unplugging unused electronics, schools reduce their kWh consumption compared to a baseline generated from their electricity billing history. Weekly readings of their electric meter quantify results, and schools learn that when everyone works together, small, individual actions really can translate into significant, tangible change.

Participants also focus on improving recycling, decreasing waste and rethinking consumption through the Recycle Challenge. Schools compete for Bin Points by "recycling right": improving recycling compliance rates and decreasing contamination. To earn Bin Points, students conduct weekly surveys of their recycling and trash bins. They check the bins to see if any items have been sorted incorrectly. The number of Bin Points they earn is equal to the percentage of the bins that are correctly sorted. The weekly bin surveys provide feedback on the school’s recycling efforts and point out trouble spots where recycling is not being done correctly. Students then can try to correct any contamination with better signage or bin placement. Bonus points are earned for additional waste reduction efforts such as composting or paperless communications. Schools who earn at least 90 points are declared “Recycling Champions.”

Three hundred participating schools conserved over 1.5 GW of electricity over a period of four weeks. That's over 2.5 million lbs of CO2 kept out of our atmosphere in just one month’s time. The lessons learned and the change in consumption patterns continue long after the Challenge is over.

"Participating in the Green Cup Challenge raised our school community's awareness of how much energy we use on a daily basis and how making a few small changes, such as turning off lights and computers when not in use and lowering the heat by a few degrees, can make a significant difference," Hartnett-Costa said.

Also in Brooklyn, The Eagle Academy For Young Men, a public school for boys in grades 6-10, was able to reduce its electricity consumption by 35.5 percent. Eddie Rosado, the school's building manager, was proactive in improving the efficiency of building operating systems and involving students and teachers to follow through with behavioral changes.

”So many different people took part in reducing the amount of energy we were using in the school,” Rosado said. He reported that a few things worked really well:

Students on the Green Council at the Ethel Walker School in Simsbury, Conn. played a major role in promoting savings and recruiting help from the staff. In addition to putting signs on all the light switches, the students “moved through the school like an eco-army during free blocks,” according to Carol Clark-Flanagan, teacher and chair of the Green Council.

“Unoccupied rooms with lights out got green footprints taped on the door," Clark-Flanagan said. "Any empty room with lights on got a black footprint. Thanks to the footprints, there was a strong visual reminder around school."

Some administrators even turned off their motion sensors so they wouldn't risk getting a black footprint when they left the room because of the lag time before the lights go off automatically, she added. "Many teachers taught in natural instead of electric light - it was actually kind of nice. The night cleaning crew did their part by not keeping whole buildings lit up while they worked.”

The Ethel Walker School's team effort reduced the school’s electricity consumption by 18.7 percent and earned them the top spot among the New England Boarding Schools group, where the Green Cup Challenge began in 2003 at Phillips Exeter Academy.

Sixty-seven schools participated in this year’s Green Cup Recycle Challenge and over two-thirds of the schools saw improvement in their recycling compliance over the Challenge’s four-week period. Nineteen schools earned the “Recycling Champion" title.

The Hillside School, an independent boarding school for boys in grades 5-9 in Marlborough, Mass., earned the top spot. They set up an internal challenge between the different “houses” on their campus, with the top house earning a prize. Monica Lucey, faculty member and Assistant Dean of Residential Life, says, “Before participating in the Green Cup Challenge, recycling wasn't something that our students thought about every day. Because of the Challenge, students participated in lunch programs about recycling, and it became something that every house was motivated to do, and to do well! Weekly announcements motivated the students to step up their recycling game and there was a lot of peer mentoring as well.” Hillside earned the maximum number of Bonus Points for their comprehensive waste reduction programs: single-stream recycling, composting, paperless classrooms, purchasing of recycled materials, battery and printer cartridge recycling, and decreasing the use of disposable plates, cups and utensils.

A popular part of each Challenge is the student video competition. In creating a short video, students generate enthusiasm for the Challenge within their school while both expressing their passion for conservation and helping raise awareness about Climate Change and the environment. Student videos run the gamut from serious to funny, emotional to informative, and add a different dimension to the otherwise quantitative results of the Challenge. Winners of the Video Challenge are determined by a popular vote. See this year’s winners on the Green Cup Challenge website, including the first place entry from Rye Country Day School, starring The Green Man, an earnest but misunderstood eco-crime fighting teen. 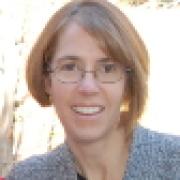 See all by Katy Perry