How a science museum is changing the culture of resiliency

We tend to think of museums as places that reflect long-ago history. But the San Francisco-based California Academy of Sciences, the oldest cultural institution on the West Coast (founded in 1853), has shifted the conversation from preserving natural history to sustaining the present so that it can support the future.

Scientist Jonathan Foley, executive director of the California Academy of Sciences, has a unique view into how not just the planet, but also the culture of talking about it, is changing. Culture is the biggest limitation to a sustainable world, he believes — we must learn to hear each other through our polarized lenses, and museums are a great place to bring people together and find a common sense of wonder and purpose.

I spoke with Foley about how cultural institutions and museums can be allies to the business community, NGOs and academic communities to solve the sustainability crisis. The conversation has been edited for clarity and length.

Anya Khalamayzer: How did your scientific background bring you to the California Academy? 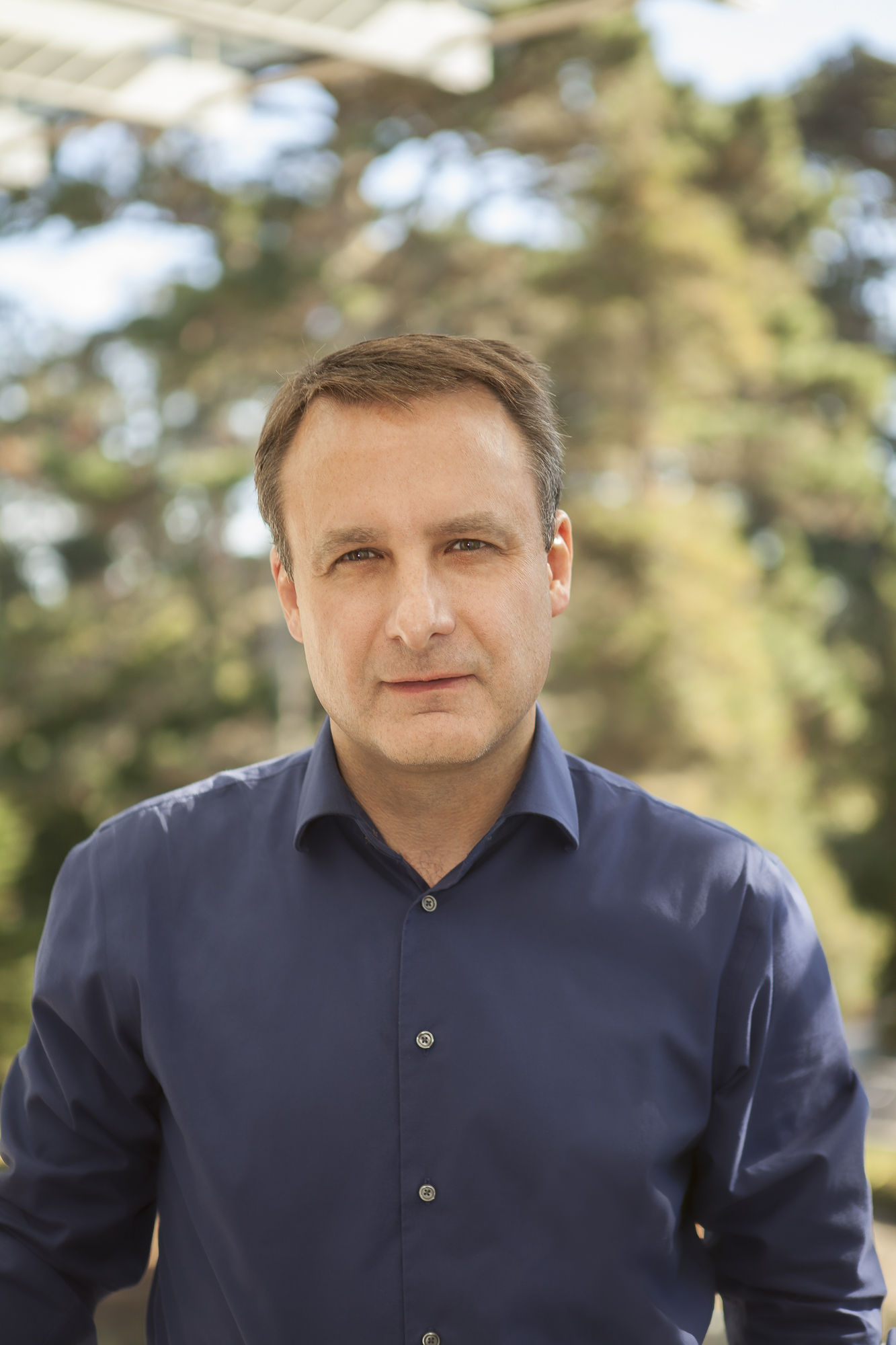 Jonathan Foley: I'm a scientist, first and foremost. In my early life, I was working on climate change and studying how our planet is changing, but then I got more interested in things related to ecosystems and land use and then eventually to things like sustainable agriculture.

But along the way, as a scientist, I got frustrated that science was working in a vacuum. That we were doing important work, but it was often left inside the ivory tower and wasn’t connecting to the real world. And so, I got engaged with working with NGOs and governments and businesses, especially around sustainable agriculture, around climate change and other things.

Three years ago, I was asked to lead the Cal Academy, one of the nation’s largest science museums, and to pivot it into becoming the world’s first real sustainability themed museum. And I just couldn’t pass up that opportunity. It’s a great way to reach millions of people and to really lead the nation in creating a place where people can come and learn, from all sorts of backgrounds, about the wonders of our planet, but also the solutions we need to help sustain it.

Khalamayzer: What is the Cal Academy’s role in promoting action on climate change?

The power of museums is that they bring everybody together, which is pretty astonishing. Museums in America get about an 80 to 90 percent approval rating from Republicans and Democrats, and there’s no difference between the groups. And it’s about the only institution left that can say that. So, they're very respected and very trusted. They're not seen as corporate or government. They're seen as kind of locally controlled, trusted institutions, and everybody can participate.

And that’s really very important right now — especially around issues that have become, unfortunately, very contentious, like climate change, sustainability and other things that have become divided along cultural lines. 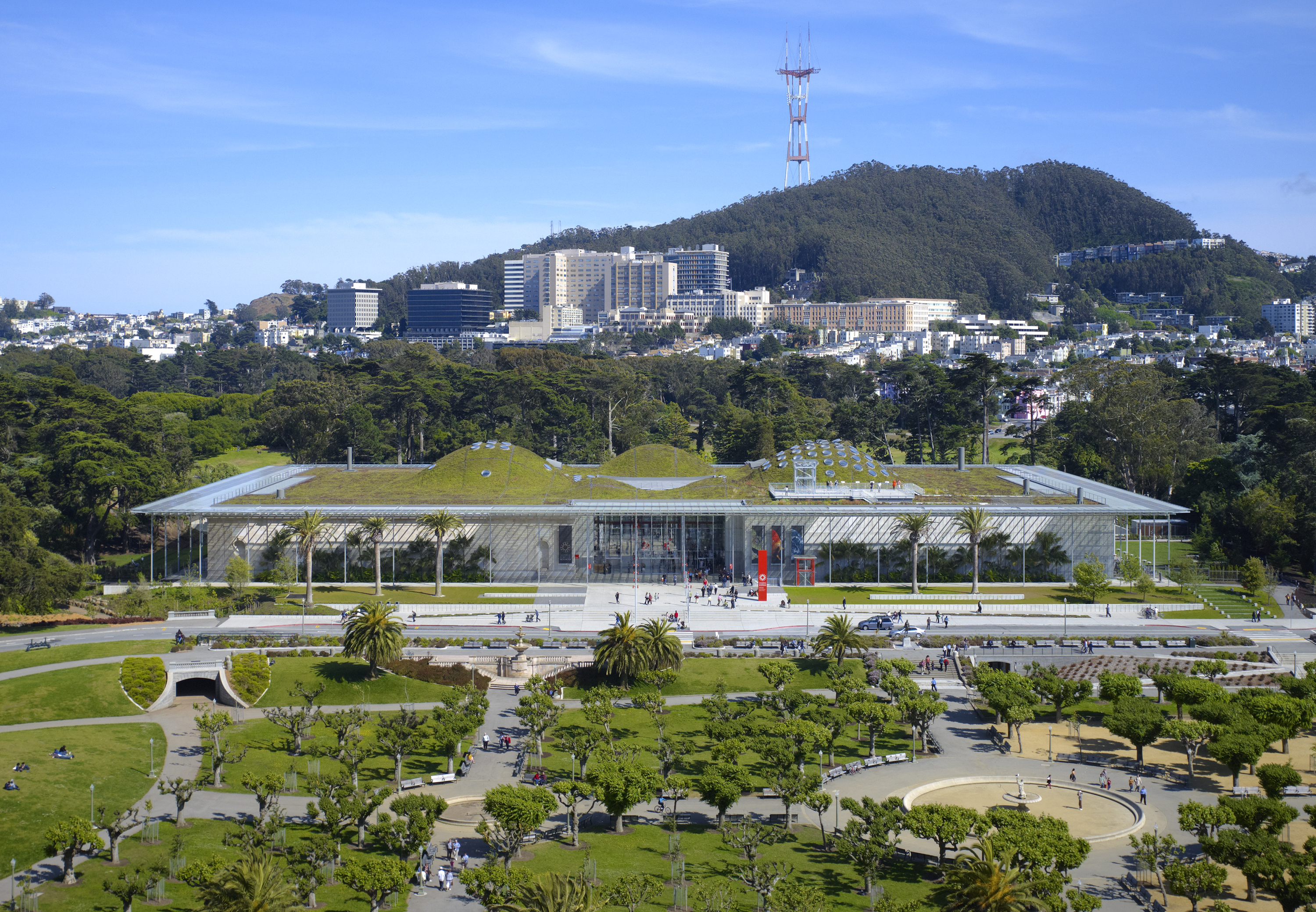 Khalamayzer: How can cultural leaders transform behavior to accelerate and scale sustainability?

Foley: The tactics we've used to communicate climate change in the past aren’t working. We don’t need just to hear more facts about climate change. In fact, the people most skeptical about climate change are in fact the most well-informed on the issue. They just don’t believe the facts, or they don’t want to hear it. It’s a psychological reaction to uncomfortable truths. When you're being told something you really don’t want to believe, some people just jump immediately to denial. Unfortunately, though, some other people jump to hysteria and being terrified, and that’s kind of the opposite reaction, but it’s also just as dangerous, I think.

And so, we have this very polarized either denial or hyperventilating reaction to climate change. What we really need is a calm, measured, but urgent response somewhere in the middle that says, "Okay, this is a serious issue, but we have to roll up our sleeves and get to work."

We need to give people hope, we need to show them there’s a plan and that you're joining a winning team.

So, I think what we need to do is pivot from facts to more stories, to go away from fear to more cautious hope, but with a sense of urgency behind it. And also, to move away from just talking about the problems and focus on the solutions.

So, my three pillars for this are: We need to give people hope, we need to show them there’s a plan and that you're joining a winning team. When you join the climate solutions team, you're joining Elon Musk. You're joining Michael Bloomberg. You're joining Jerry Brown and Pope Francis and a whole bunch of other great leaders who are already on board, and I think people feel empowered by that.

Khalamayzer: What is the biggest limitation for us to bring the conversation about climate action mainstream?

Foley: I've been asking myself, what’s the single biggest limitation to a sustainable world? And for a guy who spent his whole life working on science and teaching, I finally had to admit, more science and more education weren’t the most limiting factors.

Yes, we need those, but that’s not what’s limiting us, and it’s not more policy, it’s not more technology, it’s actually culture change. It’s just that we are freaked out and we do not hear each other and we're tied up in anxiety knots and can’t — we're paralyzed by fear and hostility in this country right now. And if we can’t solve that, we're not going to get anywhere.

How do you do it? I think that we need to completely reverse what a lot of environmental groups have been doing to communicate the issue. They've been peddling fear most of the time. That does not help. People are more anxious and freaked out and angry than they've ever been. Hitting them over the head with more anxiety-provoking imagery is not the way to go.

I've been really pleased with how Paul Hawken’s book, "Drawdown," is doing so well. It's actually one of the best-selling environmental books in history. It was No. 9 in the The New York Times best-seller list. I think it’s because it’s about solutions.

Khalamayzer: Do you have any educational campaigns directed specifically at solutions?

Foley: In January, we'll be launching a new campaign and exhibit and educational program called Planet Vision. We want to paint a vision of a better world where we solve our major environmental problems like climate change, the depletion of our planet’s natural resources, the destruction of our ecosystems and extinction of species, and we're going to be focusing on solutions in three major areas: food; water; and energy.

And we're going to show how, if you focus on five major solutions in the food system, five in our water systems and five in the energy system that have been very carefully vetted with scientists, engineers and policy makers, that you can solve most of the problems we have at a global scale.

I've been asking myself, what’s the single biggest limitation to a sustainable world? More science and more education weren’t the most limiting factors.

But those five solutions need to be acted upon by three different levels. We need them to be acted upon by policymakers, of course; by businesses, of course, and enterprise; but also by us, by everyday folks in our homes, communities and organizations like schools. And, by working together at those three levels, from the community to the business to the policymaking level across just five areas in food, water and energy, we can solve almost all of our big global problems.

We expect about a million people a year will see the physical exhibit inside our museum, but we're also going to launch a national social media strategy and larger, web based strategy of communication that could reach tens of millions later. We are also going to offer it to other museums across and create a national network of museums, aquariums and maybe zoos that can offer this to their members and their guests.

Kind of like Seafood Watch became more of a national program than just at the Monterey Bay, helping people learn more about sustainable seafood, but I think quite a bit bigger at the end of the day if we do it right.

We're looking to see how we could extend this to corporate campuses, to employees who want to feel engaged in sustainability solutions. But also [to see] how to forge more partnerships between businesses, nonprofits, cultural institutions and policymakers around the kind of levers we need to pull to effectively deal with these big challenges.