Lynelle Cameron's resume looks like a textbook example of how to "do it right" in corporate sustainability. Her background has spanned business and science, mixing high-powered corporate titles with nonprofit know-how and work in the field.

Cameron has performed research with the World Wildlife Foundation, led courses at the National Outdoor Leadership School and nourished community conservation from the Andes, Appalachians to the Himalayas while at the Mountain Institute. List the impressive diplomas: An MBA from the University of California at Berkeley, a Masters of Science in environmental policy from the University of Michigan, and a bachelors degree in anthropology and environmental science from Middlebury College.

Cameron moved to the tech sector at Hewlett-Packard, spending nearly six years on CSR strategy and marketing, including efforts to build "greener" computers and printers. That's when Autodesk, the maker of product-design software such as AutoCAD, attracted her attention. She wrote the company a letter, as she describes: "You're sitting on this incredible opportunity to embed sustainability into all of your tools. I'd love to help you with this."

Cameron is shifting again to head up the Autodesk Foundation. It launched in March to assist nonprofits working on projects to address epic problems, such as climate change and water access.

Elsa Wenzel: What are you most excited about with the launch of the Autodesk Foundation?

Lynelle Cameron: It's exciting because for me it's been a long time in coming. When I joined the company almost seven years ago, I was really careful to not have sustainability be confused with philanthropy because I came specifically to help customers make better design decisions about whatever they were making, embedding ecological principles into our software.

Fast-forward five years, what I realized is we had an incredible opportunity to rethink our philanthropy strategy. Historically our program was called community relations and it was just that. The intent was to build our reputation in the communities where we work. And we did that through tiny grants to lots of different organizations. 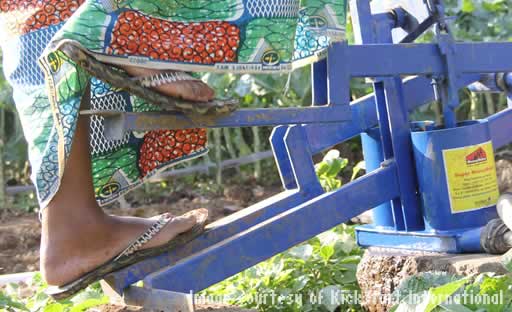 Wenzel: What kinds of resources are behind this in terms of people or money?

Cameron: We have 20-plus people working on the larger mission, of which this is a part. The amount that we've given in the past, about $1 million through our community relations program, is tiny compared to what we plan to do this year.

Wenzel: Who are you partnering with?

Cameron: One organization that we supported is a group called KickStart International. Their mission is to lift millions of people out of poverty across the African continent. They do so through a line of irrigation pumps, [which] have not evolved very rapidly in terms of from a design perspective. The team had a pretty slow product development process. They'd have to do everything by hand, including melting plastic by friction, extruding it into a mold, to then get a particular part that maybe they could test in the field.

We brought them to San Francisco for three weeks, got them trained on our software, gave them access to TechShop and our Pier 9 facility — so fabrication labs, Makerspaces — and they were able to create digital prototypes, and then 3D prints of prototypes in a matter of days. Now they can go test those back in Nairobi.

Another [organization we support] is called D-Rev. They make medical devices for people that live on less than $4 a day, and they only work on projects that will impact more than a million people. It is a product development firm but in the nonprofit space. We supported them to do durability testing on one of their prosthetic knees.

Wenzel: Can you talk about the difference you've experienced between the nonprofit and for-profit worlds? A lot of people get into corporate sustainability because they want to do "good," and they feel like to make sweeping change they need to join a big corporation.

Cameron: I spent the first 10 years of my career in the nonprofit sector and the next 10 years in the corporate sector starting with Hewlett Packard. And now I get to straddle both.

We want to support the most impactful organizations regardless of their legal structure, whether it's a for-profit or a nonprofit ultimately. I also bring that up because for many years we've supported early stage cleantech companies around the world.

Wenzel: What are you most excited about in terms of the potential for technology to solve big problems?

Cameron: There is an obsession of sorts with technology almost as a panacea, and the power that technology can do and bring to people. I think there is a bit of a danger in seeing it as the only solution. If you look to movements like Human-Centered Design ... using technology as an enabler but not as an end-all, it's still about people.

What we have found among many people that we work with in the early stage companies or non-profit sectors is they're using napkins and sketches and really low-end design tools. And when you open their mind to the possibility of being able to create a 3D, digital prototype in the design environment — to optimize it, change it, tweak it, get people to collaborate on the design — it totally changes the realm of what's possible for that designer.

Wenzel: What advice would you give to others who may be starting out or even mid-career who might have similar career motivations or hopes?

Cameron: Spend a lot of time figuring out what it is that gets you the most excited. ... Once you know what that core purpose is for you, then it's so much easier for the rest to fall into place. So for me it was really the people-at-environment intersection.

Look for the leverage points where you can truly have the most transformative impact. If you feel like you're not in one — you're buried in an organization, you feel like a cog in a wheel, you're not having that much impact — then listen to that and change it because you're probably right.

It actually reminds me of advice I got from Paul Hawken, who simply said, "Go where you're respected." And what he meant was, "Don't go someplace where you have to bang your head against a wall trying to drive change. Go someplace where they're receptive to a Lynelle and start from there."

Wenzel: How has mentorship played a role in your career? 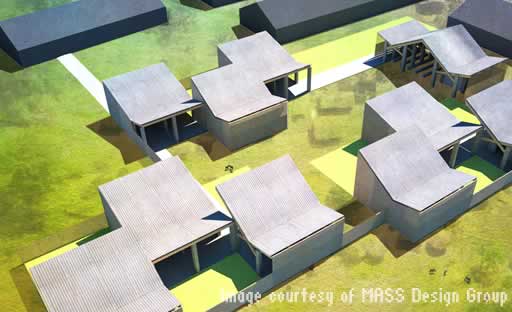 Cameron: I have been fortunate to have some great mentors over the years. And I spend a significant amount of my time mentoring certainly my team but also folks outside my team. We have a program at Autodesk called AWIL, Autodesk Women in Leadership.

The other thing I coach my team on [are] two really key skills. One is basic communications skills. We're the keepers of the vision and we need to relentlessly repeat the vision and communicate that effectively to all different stakeholders.

So then the second piece is my team refers to [us] as "hurdlers." What's meant by that is someone who's able to see the obstacles and hurdle around them, over them, under them. That requires resilience and the ability to influence people, being able to listen to the ecosystem around you.

Wenzel: What do you think is the role of women in the sustainability world? Any misconceptions out there to clear up?

Cameron: The larger issue of women in leadership is tragic because there are so few women at the top regardless ... but there's one exception. When I was at the Clinton Global Initiative last fall the room was easily 50 percent women. And these were all heads of foundations and heads of nonprofits and governments.

But in the corporate sector there are far too few women at the top. I think the reason for that is there are equal number of women coming into the workforce, and then they drop out at different points — or they do a part-time role or a contractor role. It takes a lot for companies to create opportunities for women to move up the ladder, mostly just so we have more women at the decision-making table in a way that works for them.

Wenzel: When and how are you happiest at work?

Cameron: When I go home at the end of the day and X, Y, or Z team member has just really far exceeded expectations — and they're on top of it and they're thriving and the work is thriving — then I feel like I've made a valuable contribution.

How My Green Lab is cleaning up R&D

6 lessons from Dell and Cisco about advancing circular products