A year and a half ago, jet engine maker Pratt & Whitney decided to prepare for its 100th anniversary by making some aggressive environmental stewardship promises:

Around the time the new goals were debuted, the company also unveiled a new PurePower commercial jet engine that uses 16 percent less fuel and emits half the amount of geenhouse gases than previous jet engine models, with an alternative fuel use option. Orders for the engine have soared, promising to double Pratt's business in five years.

In setting aggressive sustainability goals and introducing the PurePower engine, Pratt & Whitney catapulted itself to a sort of leadership role in sustainability among military contractors and aircraft engine makers.

It already has made big strides towards its 2025 targets, cutting water use by 64 percent, GHG emissions by 28 percent and reducing non-recycled waste by 57 percent — all while doubling its engine business. In so doing, it has demonstrated that business growth and emissions reductions can be compatible.

Leading the charge was Mary Anne Cannon, an engineer who after 26 years with Pratt & Whitney returned to her first passion, sustainability innovation, as vice president of environment, health and safety.

We interviewed Mary Anne about Pratt & Whitney’s goals and her own.

GreenBiz Barbara Grady: How did your early years influence your career trajectory? What got you interested in sustainable business practices?

Mary Anne Cannon: My background is actually in engineering. I graduated from Stevens Institute of Technology in the mid-1980s. But growing up in the 1970s and '80s was powerful. There was a lot of focus on the environment and health and safety, on the EPA and OSHA. The biggest moment I remember was reading Rachel Carson’s "Silent Spring" as a young girl. That had a huge impact on me.  We also heard a lot about Love Canal (a chemical waste dump that sickened scores of people, was linked to birth defects and cancer and was declared a federal disaster area). So there was a lot of change going on in the '70s and '80s, a lot more focus on the environment.

I majored in mechanical engineering at Stevens Institute. And my thesis was about Power Generation. For my senior project I worked with PSE&G, New Jersey's utility (Public Service Electric & Gas Company), in developing a plant to take garbage and generate electricity from it. Then, fast forward 30 years after years in engineering and now I'm full circle leading Pratt's sustainability.

Grady: Pratt takes sustainability seriously judging from its 2025 goals. How did that evolve?

Cannon: I arrived at Pratt in 1989. In the early 1990s UTC (United Technologies Corp., parent company of Pratt & Whitney) was embarking on its sustainability. So in the early 1990s I was working for a company that was very focused on safety and the environment, and that continues today. Pratt & Whitney will be 100 years old in 2025 and we set our new sustainability goals for that year.

Our 2025 goals are very aggressive. But looking backward, every time we set goals we assigned resources and people and we've achieved them.

Grady: Would you say the sustainability emphasis at Pratt and UTC is unique in your industry?

Cannon: I'd like to say we're leaders, we are definitely leaders in this. We've been doing this from the early '90s and we've set very aggressive goals year over year. Sometimes when you set these goals, you know to reduce GHG by "x" percent, reduce water by "x" amount. We don't always know how we are going to get there. They are generally very tough goals. But working again with engineering and operations we were able to put these initiatives in place.

So what is unique about Pratt and UTC is very aggressive goal setting as well as the fact that we don't normalize. We continue to grow at an incredible rate as a company and yet we don't normalize our metrics (changing the goals to allow more emissions in proportion to growth of sales). We look for absolute reductions.  And we continue to expand on our sustainability goals every five years.

Grady: Can you comment more on the growth of your business? Pratt is one of those companies where business growth is decoupled from emissions reduction.

We have a new engine on the commercial side, the PurePower. We have 6,300 orders for this. PurePower (has) reduced emissions, reduced fuel use and half the noise. 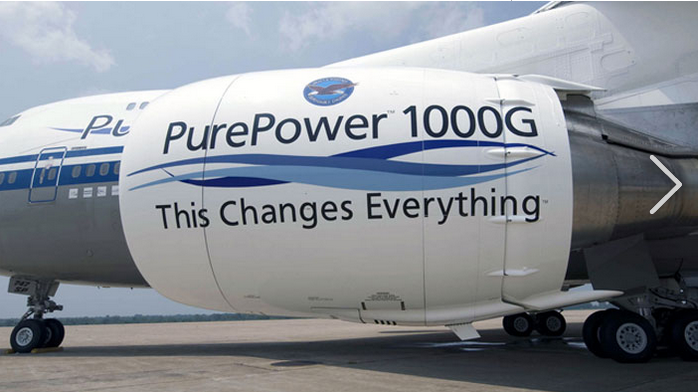 Grady: What is your toughest challenge?

Cannon: The toughest challenge is that we set very aggressive goals, but we don't sit here knowing how we are going to get there. We put the resources and the people — we have great talent here — and then you have to drive the initiative, work with the teams, to achieve them.

Grady: Let's go back to your school years and training. Engineering was not likely a common major for women in the 1980s, was it?

Cannon: I graduated in 1986. There were probably 20 women in my class of about 250 people. ... My father was an engineer and I was very good in math and science and my family encouraged me to go to engineering school. I only applied to Stevens. I didn’t realize at the time that this wasn’t something many women did. I was very supported and encouraged by my extended family; they said this is a very good fit for you. Science and math acumen led to an engineering path.

I've always been very supported. I've been at Pratt 26 years and Pratt is very supportive of women in the workplace, women in engineering, women in operations.

Grady: What was the path from engineering to sustainability?

Cannon: What led me into engineering was the focus on science and math. Having that acumen led to an engineering path. There was not a degree in sustainability back then. Once inside the company I enjoyed engineering, but the bigger picture to me is operations, how we make the products, how we interact with customers, delivering the product. As my career progressed and this opportunity came to me to lead the environmental strategy and EHS, having had the operations background made it a good fit because I can work with the engineering and operations leadership to really drive the efforts we making to change the footprint of the company.

From Stevens I went to Grumman Aerospace in Long Island. Then in 1989 I went to Pratt & Whitney in Florida, as a mechanical engineer. I was in the development and technical side of engineering for 10 years. Then in 1990 I went into operations. In operations you are responsible for everything so I had operational responsibility for safety including safety from any chemical or hazardous waste.

Grady: What has been your biggest achievement at Pratt?

Cannon: Launching the 2025 sustainability goals, because you don't launch goals without the whole buy-in of the entire executive (team) and we are doing this at a time of unprecedented growth in our business.

Airline Fuel Usage Gets a Trim with EcoFlight Solutions