How the Smart Grid May Solve Solar's Cost and Control Problems

Utilities from California and New Jersey -- the two leading solar energy producing states -- face different solar energy deployment challenges because of their respective geographies, political climates, and the penetration of solar to date. Both, however, struggle with the same two issues: cost and control.

Today, without Renewable Portfolio Standards, utilities may not be striving to increase the solar portion of their energy supply. This is because when utilities weigh the cost of deploying solar against the cost of buying supply from (or building) a natural gas plant, they find that natural gas is cheaper. While solar costs -- broadly encompassed by PV panels, inverters and other electronics, and mounting systems -- all continue to decrease in price, it is not enough to offset low natural gas prices. Utilities note that this cost comparison methodology falls short by not considering emission reductions, local job creation, and other indirect positive benefits, such as converting unusable lands into usable solar farms, or the educational benefit of solar systems installed at schools. To capture some of these benefits, New Jersey has a system of SRECs (Solar Renewable Energy Credits) that act as currency to reward solar energy generators.

Federal incentive programs in the form of PTCs and ITCs (Production and Incentive Tax Credits) also attempt to bridge the cost differential between solar and natural gas. On the state level, similar programs exist. PSEG outlined its program for New Jersey as having two components: Solar loans worth $250 million to help finance solar system installations, typically covering 40-60 percent of costs; and the "Solar-4-All" program, which provides $515 million to construct, own and operate 80MW of distributed grid-connected solar. The latter program is 50 percent consumed by pole-mounted solar installations by Petra Solar, a NJ-headquartered company, that will install approximately 200,000 systems to generate 40MW of solar power. The other 50 percent, however, could theoretically result in PSEG, not the homeowner, owning 40MW of roof-mounted solar systems. This potential ownership decision forms part of the second issue of distributed solar energy deployment: control.

The issue of control mainly refers to controlling the load generated from solar energy assets, especially in situations of high PV (photovoltaic) deployment, a uniquely Californian problem in the U.S. For instance, San Diego Gas & Electric's programs to encourage small businesses and homeowners to adopt solar energy have been so successful that the utility has circuits with more than 40 percent PV penetration. There are certain instances in which so much solar is generated in the circuit that the voltages exceed acceptable ranges, which affects power quality. To address this issue, the utility can either upgrade the circuit system (a costly undertaking) or prevent circuits from over-penetration by: 1) limiting PV penetration on a circuit to 20 percent (PG&E automatically flags solar permits in circuits with more than 20 percent penetration); or 2) curtail or throw away excess energy.

As an owner of a solar energy generating asset, curtailing load results in revenue loss, which in the above example is at the discretion of the utility. Therefore it may be beneficial for the utility to own and control the asset. In this case, the homeowner would also be relieved of worrying about cloud cover and other generation interruptions.

Johan Eslin, CTO of Petra Solar, suggested at a recent solar energy conference what may be the best alternative: Empower the solar asset to mimic typical generator features by adding intelligence around the asset and the grid. Load could be better controlled, predicted, dispatched, and integrated with the grid enabling maximum revenue generation. For example, weather patterns could be considered to predict solar supply, batteries could be employed to effect load shaping, or automatic demand response events could be initiated. Additionally, more widespread integration of dynamic pricing would value peak-hour generation higher, corresponding with the hours of maximum solar generation. This would result in a significant increase in the revenue potential of solar assets.

A smart grid would address both the major issues imposed by distributed solar deployment -- cost and control. Increased revenue generated from solar assets would make them more competitive with alternative forms of generation. Improved control of solar resources will result in maximum utilization of generation capacity and optimization to maximize revenue. In this optimized systems, the beneficiaries will be the solar resource owners, whether it be utilities or consumers. Regardless of the owners, however, increased emission-free, renewable energy resources are beneficial for everyone. 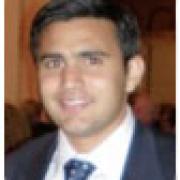 How Can Utilities Get Customers Engaged with the Smart Grid?

Overhyped Better Than No Hype for the Smart Grid

See all by Sid Singh