How a smart investing strategy could avert climate change

Following up on my recent GreenBiz piece on the ‘Do The Math’ tour, I wanted to take a brief opportunity to advance my thinking one step further, with some end-of-year recommendations for real action that could result in some positive, much needed action.

Coming out of the failed COP negotiations at Doha, we remain fiercely on a business-as-usual track, heading straight for an environmental cliff. What can we do to avoid this?

The big question to me is whether investing can become a lever for the sort of positive change we seem to now require to avoid global catastrophe. Most socially responsible investing remains fixated on negative approaches, and that has not been working. Combine this with most mainstream investment not focusing on this long term big picture, and it results in what might be called the Carbon Tracker status quo. Let’s explore how investing could become part of the answer.

One clear thing we need to do is to ‘Do the Math.’ As Bill McKibben heroically pointed out in his Rolling Stone piece, and as many others from Jeremy Grantham to the International Energy Agency (IEA) have now referenced from Carbon Tracker, we can only burn another 565 Gigatons of CO2 or so over the next 50 years and have a reasonable chance of staying under a 2 degree Celsius temperature increase. So there is a clear imperative to move to a low carbon economy rapidly to even have a chance to achieve this important goal -- and the longer we wait, the harder it will get to stay within these global limits of well-being.

What will it take to slash greenhouse gases?

While some are already moving to an adaptation mentality, it is unclear that we can adapt at all. Studies in South Florida, for example, show adaptation for that region is not achievable from anticipated sea level rise. Sandy, devastating as it was, may have just been a preview of coming attractions. What would the economic effects be of lower Manhattan permanently being underwater?

We need to find rapid actions to reduce annual GHG emissions on a global basis -- for our health, both environmental and economic, and as the Department of Defense has noted, this is now an issue of National Security as well.

It is important to find ways away from use of coal and oil, which generate the vast majority of GHG emissions. While coal use in the U.S. is on the wane, the World Resources Institute estimates more than 1,000 new coal plants are in the works -- mostly in China and India -- so we need to find ways to keep those assets in the ground.

To achieve this, we need to find ways to scale low carbon energy access for economically rising regions. It isn’t realistic to ask countries, and more specifically middle class families, to not have the lifestyles that they see those of us in the West enjoy. We need to move to a sense of global fairness and realism on this subject. How do we scale the change we really require?

When you look at where the pools of capital are, a picture starts to emerge. University endowments in the U.S. manage approximately $400 billion, and just over half of that is in hedge funds, venture capital and private equity. This might sound like a lot of money, but it is a drop in the bucket vs. other sources of wealth.

Pension funds, for example, hold more than $27 trillion in assets, or almost 68 times the assets of all endowments combined. Pension fund asset allocations are also typically weighted roughly 50 percent in public equity, making them owners of roughly $12 trillion to $15 trillion in that asset class. Insurance companies are similarly underrated in scope, accounting for over $13 trillion.

The total value of all public equity is in the range of $60 trillion. Oil and gas has historically been between 8 and 10 percent of that total, putting the total value of public companies in this sector at between $5 trillion and $6 trillion.

And pension funds are usually so-called ‘universal owners,’ which means they manage such large pools of capital they end up looking and performing just like benchmarks such as the S&P 500 or FTSE 100 in the U.K. Pension funds own in the range of 20 percent to 25 percent of large companies in aggregate, so by default, they are very large owners of oil and gas companies. Insurance companies own less, but they too add to the very large layer of static ownership. Add in high net worth families and individuals, and other large ‘active’ mutual funds that feel obligated to own large oil companies, and you have a majority of the shares in companies like Exxon Mobil, Chevron and BP owned passively, just going along for the ride.

Add to all this static ownership sovereign wealth funds, which total $4.6 trillion in global value. These are also heavily biased towards oil and gas, especially in countries like Norway and China, and throughout the Middle East.

One further point is that much of the remaining oil in the ground is owned by non-public, government-owned entities such as Saudi Aramco, the Iran and Iraq equivalents, etc.So regardless of university divestment campaigns and related efforts, assets in the ground are largely in the hands of those that will own, sell and burn them.

The Association for the Advancement of Sustainability in Higher Education has developed criteria for measuring universities and their sustainability, and there is now a points system for what is called ‘positive sustainable investing.’ Yale University, for example, recently reported $1.4 trillion in this category. This was likely an estimate of its significant cleantech and smart grid private equity investments, which at one point made up as much as 6.4 percent of its overall portfolio.

It is surprising that few other university endowments have taken a similar approach to investing in the future of their students, so 350.org is right for pointing to universities as a group of asset owners not taking all possible steps. But wouldn’t it be better to instead ask universities to invest in this manner, rather than focusing on divesting? What if universities, as well as teachers and their pensions, combined to invest en masse in the cleantech technologies and infrastructure of tomorrow? This would be a worthy movement.

As mentioned, we will take this even further in our January 2013 Scenarios for a Sustainable World class at the Earth Institute, which can be attended from a distance.

We need to make a major global transition to a low carbon economy. If Doha was a failure, we should give up the COP negotiations too. We don’t have time to waste on efforts that seem to be a good idea, but have no chance of a positive result.

If we instead focus on building a future economy, we can start to envision where that capital could come from.It can and should come from pension funds that need to pay their constituents in the future, not just now. With proper policy and incentives, this could be the most profitable possible investing strategy of all.

University endowments' job is to make the most possible money for the future of each of theirinstitutions; however, these institutions have no economic future without a sustainable world being available for future generations.It should be Job One of academic institutions to find the most positive possible way forward through curriculum and investment, for the future of their students, of society and for the value of their portfolios longer term as well.

We need to play defense, but only by playing a positive form of investment offense can we likely build scenarios for future sustainability. This is the sort of math we now need to do.

Photo of solar plant with wind turbine on farm in the Netherlands provided by robert paul van beets via Shutterstock. 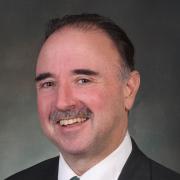 This college class is an object lesson in sustainable investing

The real impact of impact investing

My five favorite events of 2012

Why the ‘Do the Math’ tour doesn’t add up

See all by Cary Krosinsky