How a startup is making refrigerant tracking a hot commodity

In the world of sustainable business, refrigeration and cooling aren’t generally seen as prime targets for innovation. Sure, they consume energy -- 10 percent of global carbon emissions and energy use comes from refrigeration, air conditioning and heat pumps, according to Emerson Climate Technologies, a division of a $24 billion global manufacturing and technology company. And there’s great potential to operate refrigerators, freezers and air-conditioning systems more efficiently, combining hardware improvements with data and software to keep people and things cooler with far less energy.

But energy use isn’t the half of it.

The biggest environmental challenge are refrigerants -- more than 9.3 billion pounds installed globally. For more than a quarter century, ever since the Montreal Protocol of 1987 curbed the production of CFCs to stem depletion of the ozone layer, companies have been subject to an increasingly complex series of regulations relating to refrigerants. While the refrigerants in production today no longer harm the planet’s protective ozone layer, they do harm the climate: The most common types of refrigerants used in supermarkets today have global warming potential (GWP) nearly 4,000 times that of carbon dioxide, largely because refrigerant molecules don't break down over time the way that CO2 molecules do. (The refrigerant commonly used in building air conditioning systems has a GWP of "only" 2,090 compared with CO2.)

For companies, this means that used refrigerants -- an alphabet soup of CFCs, HCFCs and HFCs -- are a liability: companies must regularly buy new coolants to replace leaked ones, and pay to have used coolants safely contained and recycled. Unfortunately, refrigerant management today is far from a closed loop. Eventually, about 99 percent of refrigerants make their way into the atmosphere.

Joe Madden and several of his classmates at the Presidio School of Management saw that as an opportunity.

This week, their five-year-old company, EOS Climate, is launching a new Refrigerant Asset System, or RAS, designed to turn refrigerants into an asset worth taking care of, saving money and improving a company’s environmental footprint -- and maybe even creating new revenue streams for refrigerant owners, such as supermarket and hotel chains, through carbon credits.

EOS was founded by Madden, Todd English and Jeff Cohen. Madden and English were students in Presidio’s MBA program; Cohen was their adviser. Their first hire, Saskia Feast, also was a Presidio classmate. Madden and English’s thesis project was a business plan in which used refrigerants could be safely captured and destroyed to create emission reductions that can be traded as commodities in a cap-and-trade system. So, a sizeable supermarket or university or other refrigerant owner could earn as much as hundreds of thousands of dollars to have the CFCs destroyed.

So far, so good. But EOS’s founders realized that “what we were doing only applied to a small percentage of the overall refrigerant base,” Madden explained to me recently. “We started getting inquiries from multinationals saying, ‘Can you help us with our refrigerant problem more broadly?’ So, we set out to come up with a solution that would be financially viable and drive major environmental outcomes.”

That led to EOS’s Refrigerant Asset System, which the company is launching today. RAS is “a technology-based business model innovation that enables better strategic planning for proper asset allocation, optimal inventory and multiple asset optimization paths to maximize refrigerant value and minimize refrigerant loss,” according to company literature. “Proprietary tracking technology creates never-before-experienced transparency into the refrigerant movement -- where your refrigerant is, where it has been, who has it, how much there is, and even allows you to determine where it goes and when it should get there.”

As Madden puts it, “The Refrigerant Asset System uses supply-chain technology to create an asset within an information envelope that can move within the system.”

Suffice to say, this stuff gets a tad geeky. 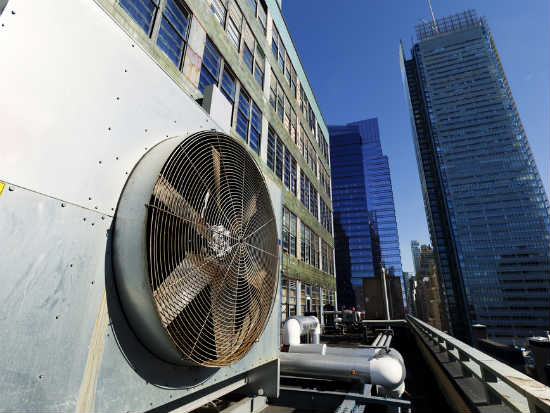 Keeping refrigerant in the loop

One challenge with the refrigerant value chain is the lack of transparency, as refrigerant moves from manufacturer to system owner, and is handled by any number of maintenance contractors, who add additional refrigerant to replace that lost through leaks, or may remove refrigerant during repairs. “Every time it changes hands, you lose track of the refrigerants,” says Madden.

EOS's new system “places an information boundary around the overall value chain,” he explains. That means that everyone involved with managing a refrigerant -- the distributor, mechanical contractor, recycler and the various parts of the owner’s organization, such as purchasing, operations, maintenance, sustainability and finance -- all can keep track of every pound of refrigerant being used. “Everybody is on the same cloud-based platform so they can see, with different permissions, the trail of refrigerants. That enables refrigerants to be recycled over and over and over again within the system.”

This currently isn’t easy to do. Today, to the extent organizations keep track of refrigerants, the data is not easily shared. Refrigerant maintenance and handling is largely recorded on handwritten reports, which are entered into a database that few people know how to use. “Most folks don’t even know how much refrigerants they have,” says Madden.

EOS, using mobile technology, allows critical data point to be gathered using mobile devices, he explains. “So when a technician performs a task and moves refrigerant from one system to another or one vessel to another, they record that transfer. And if there's something that's askew, it gets caught. There can be a reconciliation.” 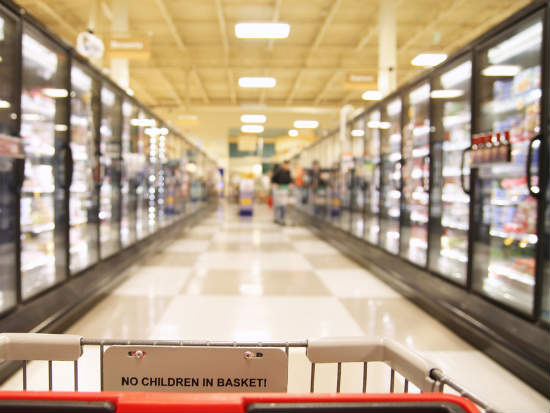 From liability to asset

Refrigeration systems -- whether in a supermarket display or a building’s air-conditioning system -- are “no different than your car,” explains Mike Ellinger, who oversees refrigeration maintenance and environmental compliance for Whole Foods Markets’ 365 stores worldwide, and is one of EOS’s early customers. “There's vibration, there's welds that can fail, there's gas that can fail. It's just a mechanical piece of equipment and at almost any point in time you can have a failure which could result in a leak.”

Ellinger explains that a leak can be costly. “It's money. It's time. It leaks into the atmosphere, which equates to CO2 emissions. And it's potentially spoiled inventory. Depending on the type of leak, you could potentially lose all the food in the store.”

For a supermarket chain such as Whole Foods, buying new refrigerant is simply a cost of doing business, as is the cost of recycling used refrigerant. Closely tracking its use and movement within an organization allows it to view the material as an asset, which can be better controlled and optimized, reducing purchasing requirements. That’s key, because as regulatory changes move refrigerant users toward less-damaging alternatives, chemical manufacturers have a way of capitalizing on that demand by creating scarcity, keeping prices high. Keeping existing refrigerants in use -- and out of the environment -- allows a company to reduce the need for additional purchases. The company also could opt to sell the refrigerant to another company that needs it, earning revenue while keeping the refrigerant in circulation.

Following on its previous success in developing methodologies for greenhouse gas accounting, EOS is working with standards and certification organizations to develop a methodology that would allow companies to accurately quantify emission reductions for proper refrigerant management consistent with requirements for Global Reporting Initiative and CDP. Certifying the methodology could take about a year, says Madden.

There’s huge potential here, for both business and the environment. According to EOS, the global refrigerant inventory represents about $72 billion in economic value. If released into the environment, it would add the equivalent of about 7 billion metric tons of carbon dioxide -- a significant contribution to climate change.

And the pressure to better control refrigerant releases is mounting. Just last month, the nonprofit Environmental Investigation Agency released The Dirty Dozen: How your local supermarket is killing the climate, stepping up activist pressure on chains to create “a clear and comprehensive policy to begin phasing out HFCs,” the most commonly used refrigerant. Meanwhile, China joined with the group of companies known as the G20 in September to have the Montreal Protocol be the framework for phasing down production and consumption of HFCs, ushering in a new global effort to regulate refrigerant releases into the atmosphere.

Refrigerant management, largely behind the scenes, is suddenly a hot topic -- and a potential boon for EOS.

“This is just business sense,” says Madden. “But if you don't apply systems thinking, it doesn't work. This industry is one of the last on the planet to integrate information technology. We offer the potential for a radical transformation, both economically and environmentally, in the near future."

Image by silver-john via Shutterstock