How sustainability metrics help build trust in the financial sector

It’s no surprise that banks and financial sectors are the institutions least trusted by U.S. society. Trust reached an all-time low of 24 percent in 2011, down from 69 percent in 2008. In an effort to rebuild confidence in financial institutions, Congress enacted two financial reform bills (Sarbanes Oxley in 2002 and Dodd-Frank in 2012). These efforts, however, have not sufficed.

In February, we convened a group of 300 people — representing $5 trillion in assets under management and $1.3 trillion in market capital — to participate in working groups to help establish sustainability accounting standards for the financials sector. They weighed in on sustainability accounting standards for the disclosure of material ESG issues for seven industries, including commercial banks, mortgage finance and insurance.

SASB research revealed that the core impact of the Financials sector on economic development underpins ESG issues for the sector. With great power comes great responsibility — this sector has power to fuel tremendous growth while also potentially creating negative externalities for society and the environment. For example, the consumer finance industry creates positive societal value via financial flexibility for low-income populations. But it also creates negative externalities — as of September 2012 the total credit card debt in the U.S. stood at $852 billion, 5 percent of the national debt that same year and just shy of the entire GDP of Taiwan for the same year.

There are other examples of how the Financials sector, when at its best, can bring great benefit to society. A 2012 study by the American Council for an Energy-Efficient Economy found that energy efficiency, which can be promoted in part by mortgage products, could save consumers an average of $2,600 — that's $400 billion in all, per year — while also presenting a considerable opportunity for mortgage finance companies.

The social license to operate enjoyed by the financials sector can be traced back to ancient times, when temples commonly served as banks. Governance issues, determined by SASB research to be among the most material of ESG issues for the sector, have the potential to shake public trust in the near-sacred institutions in this sector. Governance is made particularly complicated by the concentration of large players intertwined in multiple roles. Banks, for example, are often on several sides of the same transaction — as principal investor, advisor and provider of debt financing. This leads to potential conflict of interest, systemic risk and regulatory compliance.

The SASB research team is evaluating the feedback the Financials working groups provided on our draft sustainability accounting standards. On May 1, the standards were released for a 30-day public comment period.

SASB rapidly is gaining momentum. Our Financials working groups were three times the size of our working groups for our first sector, Health Care. Over 200 people attended our groundbreaking Delta Series Conference in NY. It brought securities lawyers and sustainability professionals to the table together — possibly for the first time — to discuss materiality in terms of the U.S. securities law and the SEC, as well as the intersection of CSR and the Form 10-K.

Next up, we begin our working groups for Technology & Communications in May, followed by non-renewables in August. SASB is using rapid prototyping to produce a full set of standards for 88 industries in just 2.5 years.

In order to maintain our steep trajectory to quickly produce standards, we need your help. Participate in our period of public comment on draft Financials sector standards from May 1 to May 30. Sign up by May 6 for our Technology & Communications industry working group. Register for our new webinar series that launches soon. Together, we can set standards that will spark real action and innovation — for the benefit of companies, investors and society. 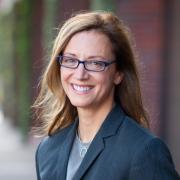 Can manufacturing lead the way to a sustainable future?

Manufacturing Industries Show Sustainability Is Not Just for Risk Management

4 signs of sustainability from oil, gas and mining companies

Boosting the signal-to-noise ratio in IT sustainability reporting

See all by Jean Rogers