The greatest competition in today’s footloose economy is the fight for human talent, and urban quality of life strongly determines whether cities can attract a smart workforce, as well as the innovative new companies employing them.

Cities weren’t always ideal for business, and for decades the attraction of space and privacy drew people toward suburbia, with businesses following suit. But within the last decade people have begun returning to the city, and this trend symbolically accelerated in 2015 when millennials overtook Generation X as the largest generation in America’s workforce.

This generation is often characterized as smart, single, career-focused and experience-driven — a group attracted to cities with walkable neighborhoods, public transportation options, educational opportunities and cultural activities. But more than just young adults are increasingly drawn to the features of urban living, and employees of all ages are working longer hours, pushing them to live closer to work to free up more precious leisure time.

Smart companies have taken heed, realizing the benefits of an urban location over a suburban one.

A recent report by Smart Growth America, "Core Values: Why American Companies are Moving Downtown (PDF)," tracks the migration of nearly 500 businesses back downtown, with firms citing increased employee recruitment and retention as the main reason for their move.

And the talent pool these companies seek prefers both living and working in vibrant, accessible neighborhoods. As such, the surveyed companies relocated to more central, urban areas that increased their average locational walk scores (from 51 to 88), average transit scores (from 52 to 79) and average bike scores (from 66 to 78).

Some of Corporate America’s biggest names are leading this charge.

In January, General Electric announced it would relocate its headquarters from suburban Connecticut into downtown Boston as part of the company’s effort "to attract the talented workers who prefer to live and work in cities." Major companies joining the suburban exodus include ConAgra Foods and Motorola Mobility in Chicago, Expedia in Seattle and Zappos in Las Vegas.

The smart (and green) choice for cities

A handful of urban design features form the core of sustainable cities, all of which have the common objective of being focused on the person (or employee) instead of the car, street or building.

These features, as outlined in the "Green and Smart Urban Development Guidelines" developed by our firm, Energy Innovation, are tailored to human interests while supporting a clean urban environment and healthy economy. The Guidelines outline a dozen features related to urban form, transportation and energy and resource management, comprising the foundation of sustainable urban development.

Benefits included average annual household savings of up to $2,000 from reduced transportation costs and more than $1 billion in annual public health savings from reduced air pollution and car use, both by 2030.

Cities with universities, laboratories and cultural institutions are also the perfect platform for cross-industry collaboration. Mixed-use development facilitates connections through proximity to spaces where people can interact, while walking and public transit encourage unplanned connections and exchanges among people.

The city always has had a dynamic relationship with its businesses, and today’s influx of new inhabitants opens fresh opportunities for sustainable urban development.

In "The Death and Life of Great American Cities," Jane Jacobs wrote, "Cities have the capability of providing something for everybody, only because, and only when, they are created by everybody." A city’s identity is the product of its inhabitants, and it is nothing without them — much like businesses, the identities of which are driven by their employees.

It is the city’s role to adopt smart growth features to keep "providing something for everyone" — that’s the smart choice and the sustainable choice. The result will be new liveable places, better for business and the environment. 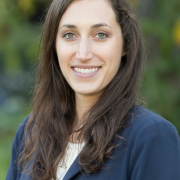 How e-bikes coast on sustainable growth

See all by Hallie Kennan