In a large open space overlooking central Taipei, Arthur Huang hands me a translucent, honeycomb-shaped polyethylene panel. Named Polli-Brick, this colorless module made from old plastic bottles can be interlocked with others to build an incredible array of structures — such as the nine-story EcoARK pavilion, a sleek exhibition hall a few blocks away in the heart of Taiwan’s capital.

These bricks are among countless products that Huang and his team at the international upcycling company Miniwiz derive from post-consumer waste, turning objects such as aluminum cans, shoe soles and cigarette butts into building materials and more.

"Over the past decade, we have experimented on over 1,200 different waste materials to figure out their mechanical properties," says Huang as he sips a coffee from a cup made of broken iPhone screens. "Polli-Brick is just one success out of a myriad of trials and errors."

A 40-year-old structural engineer and architect, Huang, the company’s CEO and co-founder, set up operations in Taiwan in 2005 after a failed attempt in New York, where he found few Americans who shared his will to reduce the staggering amount of waste humans churn out every day. The EcoARK pavilion in Taipei is constructed from bricks made from upcycled plastic. Credit: Johann Bödecker/Flickr

In Taiwan, to his relief, he found a different story. This densely populated island of more than 23 million off mainland China has one of the world’s most efficient recycling programs, claiming 55 percent of trash collected from households and commerce, as well as 77 percent of industrial waste. According to Plastics Technology, in 2015 more than 1,600 recycling companies were in operation, bringing in some $2 billion in annual revenues.

Today it’s hard to see any trash or even garbage bins while walking through Taipei. Yet this transformation was hardly conceivable just 25 years ago, when the island struggled so much to clean up the waste resulting from rising living standards and soaring consumption that it had the unflattering moniker of "Garbage Island."

In 1993, the trash collection rate on the island was just 70 percent — and virtually no waste was recycled. By the mid-1990s, two-thirds of the island’s landfills were full or nearly full.

It took a raft of protests and blockades to change the situation. Faced with mounting unrest, the government proposed erecting dozens of incinerators to burn waste. It also drafted a new waste management framework encouraging citizens and manufacturers to adopt practices that result in less garbage generated.

Classical music piped from trucks alert local residents that it’s time to go outside with bags.

Under the scheme (PDF), companies play an active role either by handling their own garbage or by paying a waste fee subsidizing a government-run fund for waste infrastructure. Taiwanese citizens must put their mixed waste into government-approved blue bags they purchase. By contrast, recyclable materials such as glass, aluminum and paper can be placed in any kind of bag.

The collection process is a community ritual. Classical music piped from trucks alert local residents that it’s time to go outside with bags containing the recyclables and mixed waste. A bright yellow pickup truck collects general trash, while a smaller white truck behind it has a set of bins into which people can throw recyclable materials, from raw food to cardboard. Volunteers and officials help people sort their garbage properly. Collected materials are sent to facilities where they get sorted and then sent to companies such as Miniwiz or Da Fon that recycle them in a variety of ways. Some waste still ends up in landfills and incinerated.

While it may sound a bit complex, the process seems to have won people’s favor. Yuchen Hsu, a 26-year-old accountant, told me that she doesn’t mind she has to haul her waste to the garbage truck personally. "Sometimes I miss it, but the trucks circulate twice a day, so I never keep my trash in my house more than a day," she says.

For those looking for more flexibility, Taipei has installed a smart recycling booth that adds value to a person’s mass transit access card for every recyclable bottle or can. Lee Wei-bin, a 37-year-old nurse, says she likes that initiative. "My job doesn’t allow me to be always there when the truck comes," she says. "But I can go to the station whenever I want and also get some money back. I think it’s a good thing." Those caught trying to get rid of their trash improperly may risk fines or public shaming. "For a policy like this to work, you have to make each one responsible for his personal consumption. You need waste disposal to sit firmly in the public consciousness," Lai Ying-ying, head of the Taiwan Environmental Protection Administration’s (EPA’s) waste management department, says. "It’s what makes [a] circular economy actually happen."

Today, the average Taiwanese person produces 1.9 pounds of waste daily, down from 2.6 pounds 15 years ago. Recycling rates have been reported to exceed 50 percent, although those numbers have been disputed. Many of the island’s incinerators are running below capacity. Overall, the island produces more recyclable waste than non–reusable waste.

A question of will

The model has its challenges. In the past, incidents of ash being illegally dumped from incinerators raised concerns over public health, while accusations of inflated statistics sparked a debate around recycling process reliability. The island is also increasing its import of plastic waste from abroad after China’s recent ban — a development seen by some as an environmental threat. Another concern relates to the growing use of composite material that makes sorting more problematic, hampering the creation of new value through recycling.

Developing an effective waste management policy is a question of will, and not only wealth.

Lai Ying-ying concedes that mistakes were made in the past and that improvements need to be made. However, she says she believes that Taiwan’s transformation can be held as an example at a time "when many developing countries, especially in the southern hemisphere, are grappling with similar trash challenges."

"Taiwan lacked the financial means of Japan or European nations when it started its waste scheme. Yet it managed to build a multibillion-dollar recycling supply chain that can process much of the garbage it produces while cleaning its streets," she says. "This does teach us that developing an effective waste management policy is a question of will, and not only wealth."

Perhaps, with plastic production showing no sign of diminishing and economic growth inextricably linked to waste generation, rising economies might look at Taiwan before issues with their own garbage get out of control. 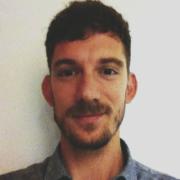 See all by Marcello Rossi