Digital technologies and the internet are making companies' actions more transparent, while the dropping costs of clean energy and storage are providing tech solutions, explained a group of leaders at the GreenBiz Forum 19 in Phoenix, Arizona this week.

While it might seem obvious, the sustainability movement hasn't always embraced tech.

But particularly in recent years, technology has really emerged as "the wind at our backs," noted Fred Krupp, the president of the Environmental Defense Fund, in an onstage interview with GreenBiz's executive editor Joel Makower. Krupp has led EDF for over three decades, as the nonprofit environmental advocacy group has shifted from a very early — and very unofficial — motto of "sue the bastards" to today's much more business-friendly one: "finding the ways that work."

One of those ways is apparently computing and digital tech. EDF has embraced partnerships with tech companies and taken an active role in procuring computing solutions to tackle hard problems.

For example, EDF worked with Google on using low-cost sensors to map air pollution on a granular level in cities such as Oakland, California, Houston, Texas and London. The collaborations' pioneering air pollution data showed that levels of air pollution can fluctuate up to eight times within one standard city block.

The nonprofit also has been working on launching a satellite to track the methane emissions that leak from oil and gas industries' operations and already has raised $40 million out of $65 million to fund the project. EDF plans to put the satellite emissions data online and available to the public.

"The oil industry has made encouraging promises," said Krupp, but "as Ronald Reagan said, trust but verify." The idea is that releasing the emissions data will make the companies more accountable to the watching public.

Such public data also can encourage companies to act more rapidly and aggressively.

As Keryn James, CEO of ERM, the world's largest pure-play sustainability consulting firm, explained in an onstage interview, "The use of data and technology is forcing companies to move more quickly, and make decisions that protect them from risk and create more value."

James described it as "a big shift in the role that digital can play." 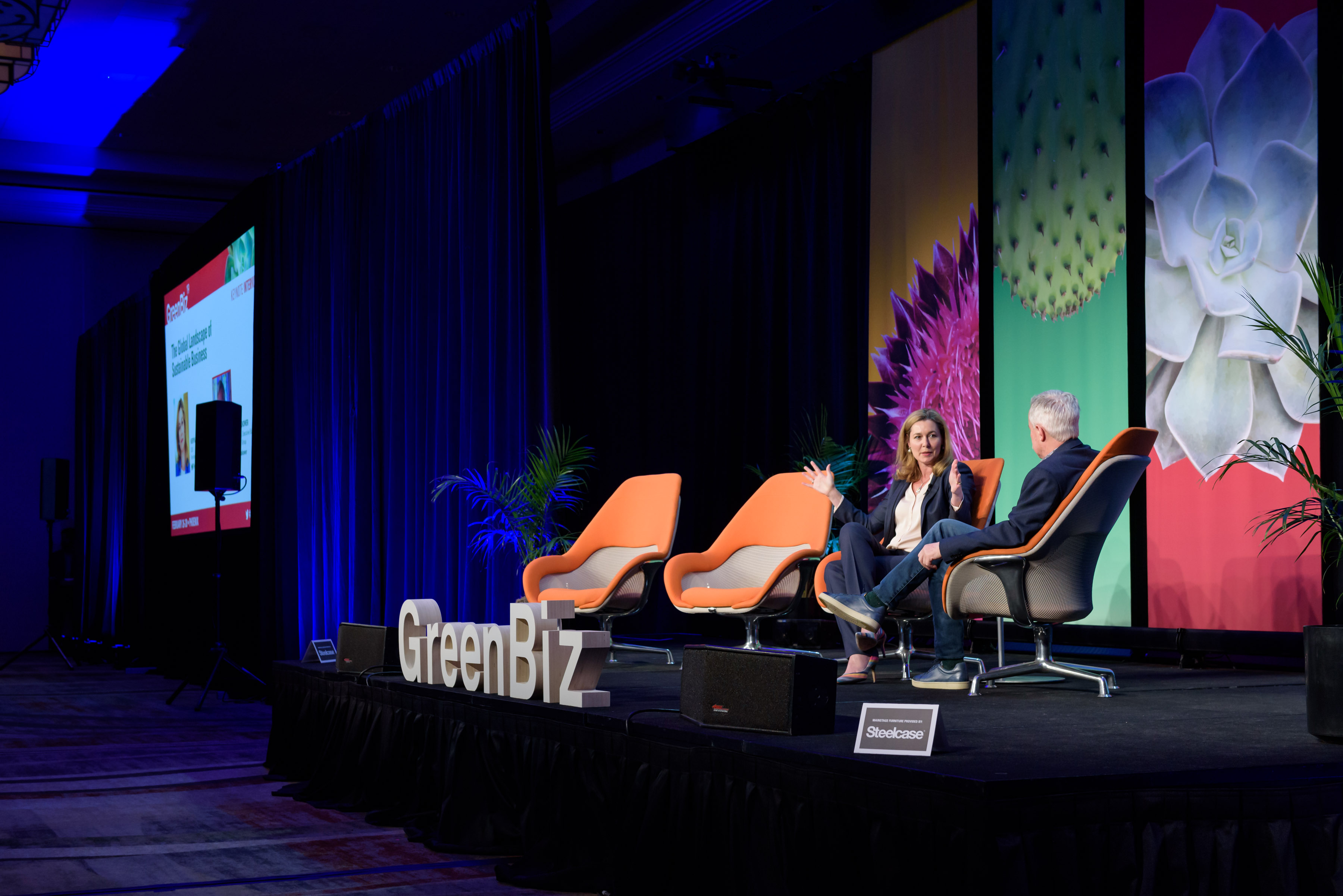 That digitally enabled transparency even shines back onto the supply chains, or into the business divisions, of the tech companies themselves.

Phones and batteries use metals such as lithium and cobalt, which need to be mined in a sustainable way. "The mining industry gets the rap for that, but it's part of the supply chain [of tech companies]," noted James.

Then there are the new digital tools that mine data and make predictions and suggestions — such as artificial intelligence and machine learning — that are beginning to help companies reduce waste, recycle more efficiently and create circular systems. In previous years, companies might have had the desire to meet certain goals, or even perhaps access to the right data, but lack the computing power to effectively crunch that data into useful information. Today, a slew of new startups across sectors have emerged to try to sell AI and machine learning efficiency solutions.

Of course, the huge leaps that energy technology has made in recent years are just as important — if not more so — than the enabling function of digital.

Batteries that can store clean energy are increasingly becoming cost-effective, too. Analysts expect electric vehicles that run on batteries to be competitive with fossil fuel-powered vehicles by 2024.

Both companies that manage buildings and vehicle fleets are increasingly looking at ways to electrify them — finding replacements for natural gas to heat buildings, and for diesel and gasoline to power vehicles. While it's still early days for how batteries are helping "electrify everything," this energy-tech transition would have been untenable even a few short years ago.