The current methods and systems that are being used to feed us are not only ineffectively getting sufficient food to everyone, they are also are rapidly degrading the very resources required to produce healthy food.

While people might argue for days about an exact definition of sustainability, it's pretty clear that any society that cannot feed itself is not a sustainable one. What's also clear is that the current methods and systems being used to feed us are not only ineffectively getting sufficient food to everyone, they also are rapidly degrading the very resources required to produce healthy food.

During a GreenBiz 20 panel about feeding the earth’s growing population, Larry Kopald, founder and managing partner at nonprofit organization The Carbon Underground, shared that as much as 70 percent of our topsoil already has been lost and degraded. And in Europe, it has been estimated that only 60 more harvests remain before the topsoil is gone. While some have challenged that timeline, the forces at play — primarily erosion, land loss and desertification — are accelerating rapidly, courtesy of climate change.

The good news is that a number of new technologies can play an important role in developing viable solutions. But it's important to note, as several members of the GreenBiz 20 panel did, that these new technologies must learn to work in harmony with our greatest innovator, nature itself.

As Jim Giles, GreenBiz carbon and food analyst, who moderated the panel, points out: Fears about the demise of our food system have been around for at least 50 years. Yet we've always managed to innovate our way around the worst-case scenarios, although not without accumulating significant collateral damage along the way. At this point though, there is no room or time left for complacency. If we need to completely re-engineer our entire food system, as many say we do, we can't simply switch it off for a few years while we make the changes. We need to begin an orderly transition. The sooner we begin, the more orderly the transition. 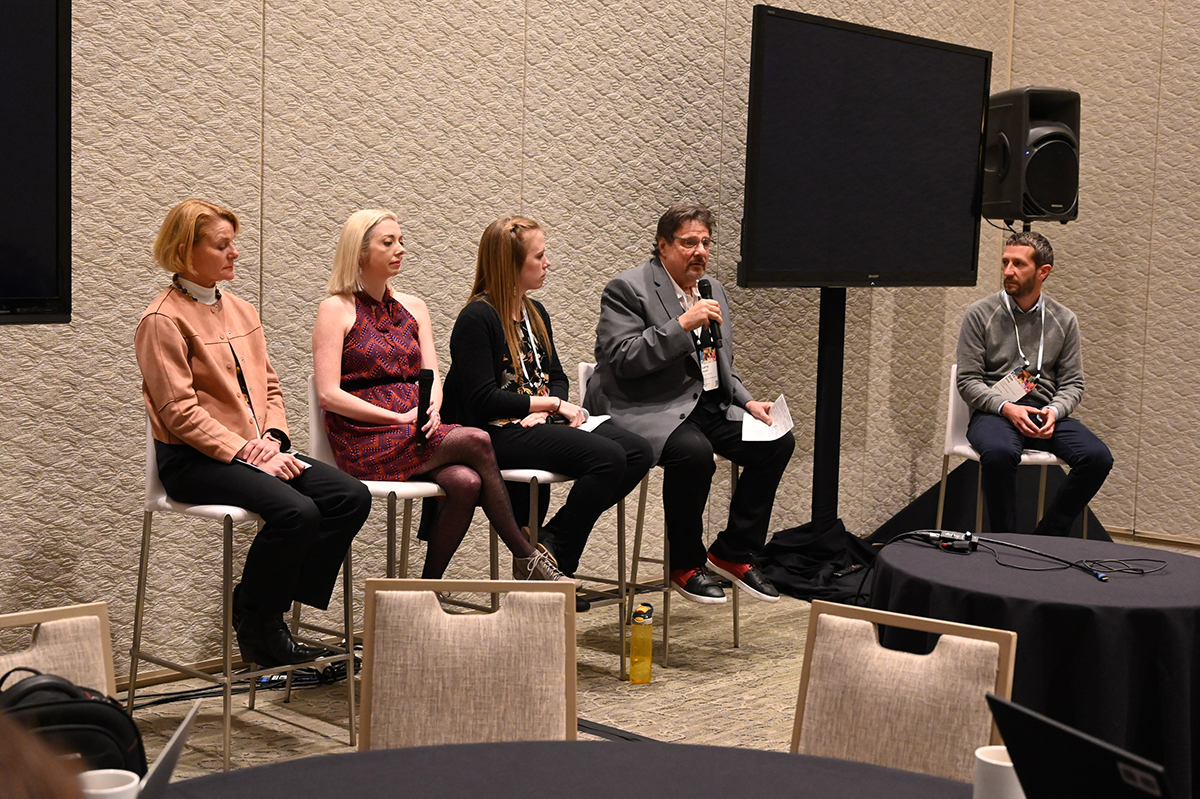 This idea that improving soil health will improve fertility while also removing carbon from the atmosphere is perhaps one of the more exciting developments to have occurred in the sustainability space in the past few years.

The Carbon Underground, founded in 2013 "to accelerate the restoration of soil health in order to fight climate change," is working primarily with companies who Kopald says have "the biggest levers of power" when it comes to redefining agriculture, followed by governments and then the public. It has worked with companies such as Danone, General Mills and Unilever on the co-creation of tools. And with California State University, Chico, it refined the definition of regenerative agriculture, as an approach that embraces the carbon cycle, through the mechanism of building soil health. Kopald says when farmers avoid three practices — using chemicals on crops, tilling the soil and monocropping — they are likely regenerating the soil and the land.

The nonprofit also has a project underway with the government of Thailand to help them restore their topsoil while fighting climate change by introducing new practices to the country's 35 million farmers, as well as helping to connect those farmers with companies eager to sell regeneratively grown products.

In the private sector, PepsiCo is working with farmers in a similar manner.

If we need to completely re-engineer our entire food system, as many say we do, we can't simply switch it off for a few years while we make the changes. We need to begin an orderly transition.

When you think of PepsiCo, agriculture might not immediately come to mind, but it is central to the company’s supply chain when it comes to sourcing potatoes, corn and oranges for well-known brands such as Lays, Tropicana and Cheetos in the United States. Additionally, it sources a total of 25 crops — such as cassava, plantains and coconuts — grown in 60 other countries.

PepsiCo has programs to engage with farmers and help to improve soils. There is a Sustainable Farming Program (PDF), which includes training and financing to transition from practices such as flood irrigation to drip irrigation on demonstration farms. In the U.S., Pepsico is using technology such as GPS, drones and satellite imagery to measure canopy cover to see if these efforts have been effective.

"We can go out and tell farmers what they need, but at the end of the day, that farmer is going to look at that member of his community, and the trust is there," especially when they can see the benefits for themselves, noted Christine Daugherty, VP Sustainable Ag & Responsible Sourcing at Pepsico, who was on the GreenBiz 20 panel. Pepsico is hoping that its 230 demonstration farms around the globe "will be like the first ripple when you throw a rock in a pond."

There is currently 12.5 billion acres of crops and grazing lands globally, according to Kopald.

"If we can pull down 3 tons per acre per year, those numbers add up quickly." That potentially could amount to over 1 trillion tons of CO2 removed by 2050, if all that land were, first, to remain in agriculture, and second, convert to regenerative practices. Both of those accomplishments will be challenged by a number of trends, such as urban sprawl and desertification, but other carbon removal systems working in parallel could make up for those challenges.

"The best thing we can do for our farmers is to help them restore the health of their soil," Kopald said. The immediate benefits to farmers, such as improved fertility, increased water retention and drought resilience and reduced dependence on expensive chemicals, will be enough to sell the idea directly, with the significant positive climate impact coming along as a fringe benefit.

Ultimately, the transition to regenerative methods will save farmers money by reducing their costs for equipment and chemicals. However, there does tend to be a falloff in profitability for three to four years as the farm transitions from one set of practices to another. This can be a barrier for farmers who want to move to a more sustainable and profitable operation.

Kopald calls nature the most perfect machine we’ve seen, having taken 500 million years to evolve and is fully capable of healing itself, given the time.

When the question of cost came up, all panelists agreed that they would not count on being able to charge more for regeneratively grown food. Daugherty said it will become like food safety, something that everyone will take for granted. Farmers will embrace this, not for the promise of additional revenue but rather for the prospect of reduced input costs, as well as the possibility of payments for ecosystem services, through a mechanism such as Nori.

Kopald points out that Project Drawdown estimates that the cost to "restore enough of the food system to reverse climate change" is $777 billion while returning roughly $11 trillion. Compare that to the 2008 bank bailout of $13 trillion.

Kopald calls nature the most perfect machine we’ve seen, having taken 500 million years to evolve and is fully capable of healing itself, given the time. He gives the example of a small cut that we might experience, which heals itself perfectly without intervention. But a larger injury — such as the one the Earth has and continues to suffer as humans continue to pollute the water, air and land — may well require intervention to heal properly.

If we plan to stick around, we'll need to find new ways to work collaboratively with this "greatest force ever created," and we will serve ourselves well if we approach this task with the humility and the "beginner’s mind" that most accurately describes our understanding of how this extraordinary system works.

Timely tips on designing for circularity