An early-stage company developing environmentally sustainable alternatives of extracting gold during mining operations — the predominant means of recovery uses the deadly chemical cyanide — is considering another application for its technology, helping capture precious metals out of electronic waste. Call it urban mining.

The electrochemical process developed by Canadian venture EnviroLeach Technologies, fronted by former mining industry executive Duane Nelson, is similar to the conventional method of leaching gold and other metals out of ores, concentrates and tailings.

Only instead of using cyanide, the patent-pending formula uses five non-toxic, FDA-approved ingredients that are combined with water at ambient temperatures.

The Burnaby, British Columbia, company’s approach has captured the attention of the world’s third-largest contract manufacturing organizations, Jabil, which disclosed a strategic partnership with EnviroLeach in August.

Jabil is piloting the EnviroLeach technology at its 650,000-square-foot facility in Memphis, Tennessee, as a method of demanufacturing and extracting materials from circuit boards and other e-waste. From there, they could be sold or reused in new or refurbished components — although Jabil declined to comment on that plan.

The two companies haven’t disclosed details about the financial relationship, although it wasn’t material when the contract was announced. Another company, MineWorx Technologies, is helping EnviroLeach design and engineer the technology for this purpose. 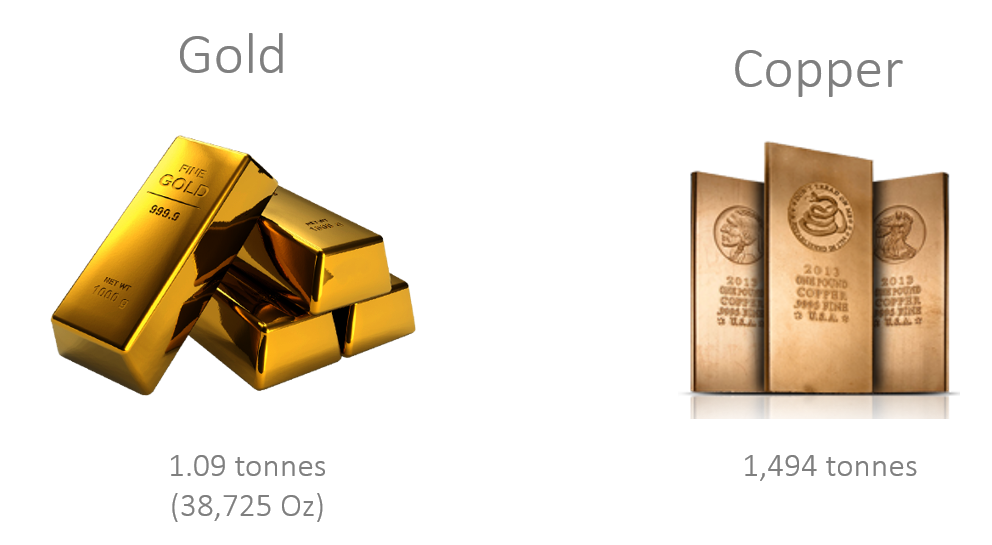 "Jabil is pleased to introduce this environmentally conscious and sustainable solution into our extensive portfolio of capabilities," said Eric Austermann, Jabil’s vice president of social and environmental responsibility, in a press release when the deal was disclosed. "For over 50 years, Jabil has provided manufacturing and supply chain solutions to some of the world’s largest brands. The challenge of responsibly disposing of e-waste has persisted, until now. With this solution, we have an opportunity to be on the forefront of sustainably disposing of the world’s fastest growing waste stream."

The company shifted its focus to the e-waste problem after inquiries from the electronics and technology manufacturing sector.

Projections from market researcher Global Industry Analysts estimate revenue related to electronics recycling at $32.4 billion by 2022. From a volume perspective, the United Nations suggests that at least 45 million tons of e-waste are created annually, growing to 70 million tons. Only about 8 percent of that material is recycled, with the rest going to landfills.

Processing these materials is hazardous because of toxic substances such as mercury, lead and brominated flame retardants that lurk within them. The business is also lucrative and becoming even moreso, as companies look for ways to recover and reuse metals including gold, copper, nickel and other hard-to-find materials such as lithium, which is becoming increasingly important for commercial energy storage applications.

How the process works

EnviroLeach estimates that more than 76 percent of the gold extracted worldwide is recovered using hydrometallurgical processes that rely on cyanide, a highly unstable and poisonous substance that requires investments in special air filtering systems and water treatment equipment.

Using the EnviroLeach approach, the materials are sorted, ground up and then dissolved into a solution, Nelson told me. The gold is then recovered through one of several traditional processes using electricity such as an ion exchange, carbon absorption or electrowinning. The primary difference is that instead of using cyanide as a catalyst, the process relies on EnviroLeach’s non-toxic formula.

For every ton of minerals or scraps, about 6 ounces of gold can be recouped, according to EnviroLeach tests. While gold has been the original focus, Nelson said applications for handling other metals — such as copper, which accounts for about 60 percent of some e-waste types — are possible. And that’s what makes the system potentially interesting for circular economy models across the electronics industry.

"There are a number of different valuable materials that could be recovered," he said.

EnviroLeach, officially founded in 2016, has a market capitalization of about $94 million on the Canadian over-the-counter stock market. It received an infusion of $7.96 million in early March as part of a private placement with Roth Capital Partners.

When EnviroLeach began working on its technology, helping the mining industry work toward sustainable, less-toxic extraction processes was the predominant focus. An increasing number of jurisdictions is banning cyanide at projects, Nelson noted. The company shifted its focus to the e-waste problem after inquiries from the electronics and technology manufacturing sector, where acids are often used to recover metals. That approach is neither economically or environmentally viable, argued EnviroLeach.

"I believe that we’ve got the ability to provide global changes in both sectors," Nelson said.

Jabil is far from the only mammoth technology company looking for safer ways of handling e-waste and of recovering more materials so that it can be reused more economically. Apple has made one of the boldest commitments in this regard: It has pledged to work toward a future in which all of its iPhones, MacBooks and other electronics products are made from recycled or recovered materials. It hasn’t yet set a date, though, for that aspiration.