Over the years, telecommuting has proven to deliver significant societal, environmental and economic benefits. Many organizations have recognized the gains as a boon to promoting sustainable business practices and their bottom lines.

While a recent survey found that less than 4 percent of U.S. private sector workers actually work from home, that figure could reach as high as 30 percent by 2019, according to TechCast, a George Washington University–based virtual think tank.

What's behind this coming workplace revolution? Quite simply, "work" no longer needs to be defined as a place you go. We're witnessing the emergence of a next generation workforce that is always-on and hyper-connected via broadband, with a proliferation of connected devices and access to on-the-go Internet-based applications and cloud-based services that make working from anywhere possible.

According to Gartner, this drive to mobility will become a $1 trillion market in the next four years. The analyst and research firm predicts that within this decade, most, if not all workers will be mobile to some degree.

The potential environmental impact of "mobilizing" the U.S. workforce could significantly contribute toward tackling some of the nation's biggest challenges, including conserving energy, avoiding greenhouse gas (GHG) emissions and reducing traffic congestion.

While the majority of U.S. workers are employed in jobs that depend on their physical presence, a recent independent study of telecommuting found that 40 percent of the workforce, representing 33 million Americans, have jobs that either be performed remotely partially or completely. Adopting telecommuting on this scale, according to this same study, holds the potential to reduce U.S. GHG emissions by up to 107 million tons a year and save nearly $43 billion in gasoline costs each year.

Given that transportation represents approximately 26 percent of GHG emissions worldwide, telecommuting is potentially the most promising opportunity for businesses to capture significant emissions reduction benefits in the near term, with a relatively minimal investment in technology equipment and infrastructure.

AT&T has enabled nearly half of its total workforce with mobile and remote access technologies that allow them to telework from a variety of locations, including a significant percentage approved as telecommuters. AT&T defines telecommuting as a formal work arrangement in which people work from home at least one day each week.

We recently surveyed the AT&T telecommuter population to ascertain the environmental impact of the program, as well as to measure its effectiveness and ancillary benefits. The survey asked a series of questions related to  transportation method, commute distance, number of telecommuting days/week, vehicle type, and year and number of errand miles.

Using that data, as well as the Fuel Economy Guide from the Department of Energy and the Environmental Protection Agency, we found that by reducing their commute, AT&T's telecommuters avoided 175 million total commute miles, saved approximately 8.7 million gallons of gasoline, and avoided total GHG emissions of 76,000 metric tons, "equivalent to removing 14,788 passenger vehicles from the road for a year."

Saving, on average, 54 minutes of commute time per employee, approximately 85 percent of survey respondents agreed that increases in productivity and work-life balance were the top reasons why they telecommute. More than 95 percent of telecommuters surveyed agreed or strongly agreed that they are more productive when working from home, and an equal number similarly agreed that telecommuting is important to their job satisfaction.

The increase in productivity, according to survey respondents, is attributed to fewer office interruptions and distractions, and less time spent in non-work-related activities, such as commuting to the job or traveling from building to building for meetings. In addition, more than 95 percent of respondents rated telecommuting as either important or very important to their overall job satisfaction. According to a 2008 survey of 1,400 chief financial officers by recruitment firm Robert Half International, 50 percent said telework arrangements are the second-best recruiting inducement, after salary, while one-third cited it as the best incentive.

Reducing GHG emissions associated with workplace travel is enabled by ensuring that telecommuters have the right tools and equipment. Specifically, these include collaboration tools (email, instant messaging, audio and web conferencing), network access (such as VPN, or virtual private network), voice solutions, hardware and remote PC support. Notably, 85 percent of AT&T telecommuters surveyed agreed overwhelmingly that having the right tools and equipment enabled effective telecommuting. Ninety percent of the AT&T telecommuter population have notebook PCs and more than 90 percent reported, at a minimum, using both audio and web conferencing on a weekly basis.

Beyond these technology requirements, of course, successful telecommuting programs also depend on investments in optimizing business processes and changing workplace behavior to overcome potential cultural and managerial barriers. Today's workers are more mobile than ever, with millions of employees now using smartphones and other connected devices to communicate while on the move, and wirelessly connecting devices to each other to access information regardless of location. In the process, they are helping redefine and eliminate the boundaries of the workplace.

In today's global business environment, going "mobile" represents a tremendous opportunity for companies everywhere to take advantage of real-time information and transactions to conduct business more efficiently and productively. What's more, it also enables them to harness distributed teams that bring together the best available talent and resources regardless of location. Using web meetings, conference calls and other "virtual presence" capabilities, today's mobile workforce has the tools they need to work effectively from anywhere, including a home office.

For U.S. businesses, making the transition to go mobile represents a triple win: It provides workplace flexibility for employees to telecommute or adapt other forms of telework, improves productivity while reducing costs, including reducing the amount of office space needed, and contributes significant environmental benefits in the form of reduced energy consumption and carbon emissions. 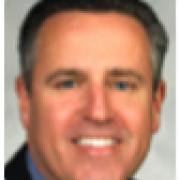 See all by Daniel Walsh