How to tell your sustainability story

Sustainability is essentially "an invisible idea," but it doesn't have to stay that way. That's how Solitaire Townsend described it, reflecting the hopes of many attending our GreenBiz 16 event in Scottsdale, Arizona, last week.

Townsend, co-founder of Futerra Sustainability Communications, kicked off a lively presentation that blamed a surplus of acronyms and other barriers for preventing sustainability professionals from making their work known to the C-suite, consumers and so many stakeholders in between.

As GreenBiz co-founder Joel Makower often says, companies don’t tell most of their sustainability stories, largely for fear of being accused of greenwashing. Retired McDonald’s sustainability exec Bob Langert has described this as "green muting."

That’s why M. Sanjayan, Conservation International's ‎executive vice president and senior scientist, said a recent audience of his was surprised when he said the seafood sustainability standards of McDonald’s and Walmart are equivalent to those of Whole Foods.

Companies are effectively doing a disservice by not getting such messages out there, said Makower. What if your company is "walking" more than it is "talking"?

"There really is a need for big companies with big ad budgets to bring the consumer to the level that they’re at," said Sanjayan.

And the nonprofit world can help. "We can be the avenues for storytelling" in a way that a company providing products or services based on taste, convenience or price would have a hard time doing, he said.

Here are some clues from the conference about how to fine-tune your company's storytelling.

Futerra's Townsend focused her message on a now-classic marketing campaign that turned heads, drove sales and even influenced French policy.

Rather than toss misshapen produce into the dumpster, French supermarket Intermarché flaunted its twisted carrots, potatoes and apples at a 30-percent discount. Supplies sold out, forcing the chain to scramble for more "inglorious" fruits and vegetables while adding to the "ugly food" trend that took off on social media.

"Don't conform to the norm," she said, applauding this campaign for "the anti-intuitive way a sustainability campaign can work. ... This is the power of really good, powerful, simple and emotional engagement around sustainability.

When your goal is to win over hearts and minds about environmental woes, wordsmiths often appeal to core emotions such as fear.

It intentionally "scared the pee out of people,” said author and entrepreneur Paul Hawken. The article was based on data-driven research by Mark Campanele of Carbon Tracker. "Mark said, 'Let’s turn that math into poetry.'"

In a separate campaign, the nonprofit appeals to fear and many other emotions with its "Nature Is Speaking" video campaign, the brainchild of ad guru Lee Clow, famous for Apple’s "1984" Super Bowl commercial.

"I covered this entire planet once, and I can always cover it again," said the ticked-off "Ocean" played by Harrison Ford. "That's all I have to say." 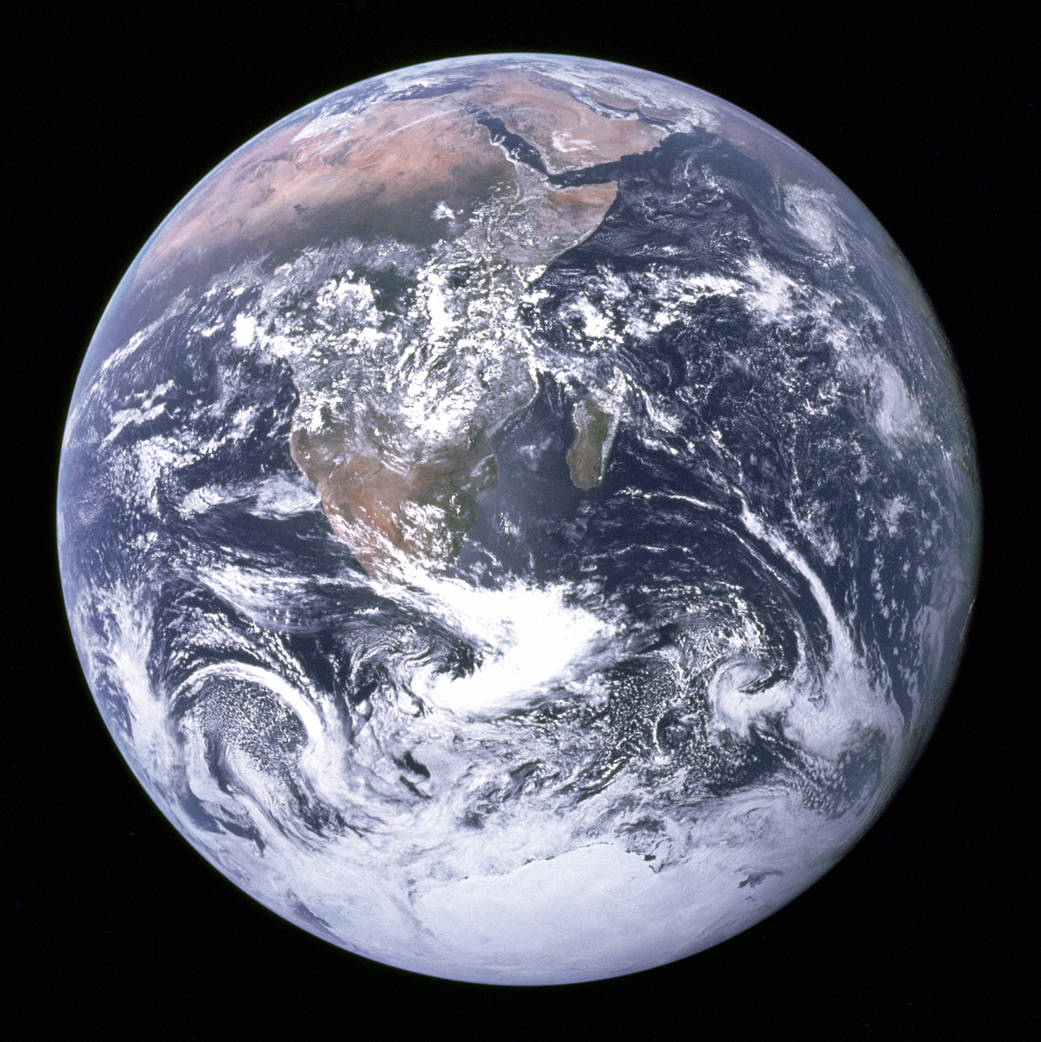 Yet images, whether moving or still, pack limited power.

In 2015, NASA offered the first photo of the earth since the famous 1972 "blue marble" image taken from Apollo 17. While beautiful, it "doesn’t tell you what has happened to our world and what has happened to us," said Glen Low, co-founder of the Earth Genome Project. "This photo served as inspiration but not information."

If images speak to the heart and data informs decisions, then tools that combine the two tell unique stories.

Low, among others, hopes that Big Data can solve the biggest environmental challenges. However, he said, "People get fixated on the data, not the insight it can provide to a company." And many companies have come to believe Big Data is neither findable, usable nor relevant.

For decision-makers, software can tell new stories and provide new answers, or what you might call "actionable information."

Another example is a Conservation International partnership with HP to better understand biodiversity. The HP Earth Insights program uses cameras and tablet devices to collect images and data in tropical forests in 14 nations. The result is the Wildlife Picture Index, a website to display the data to provide insights about the effects of climate change and land use on mammals and birds.

Opening up data and tools can ensure that more people not only access such "stories" but also participate in creating new ones. Project Drawdown, for example, attempts to rewrite the doom-and-gloom story of the inevitability of climate change by offering more than 100 vetted, open-source solutions to counteract carbon emissions, from afforestation to wind turbines. 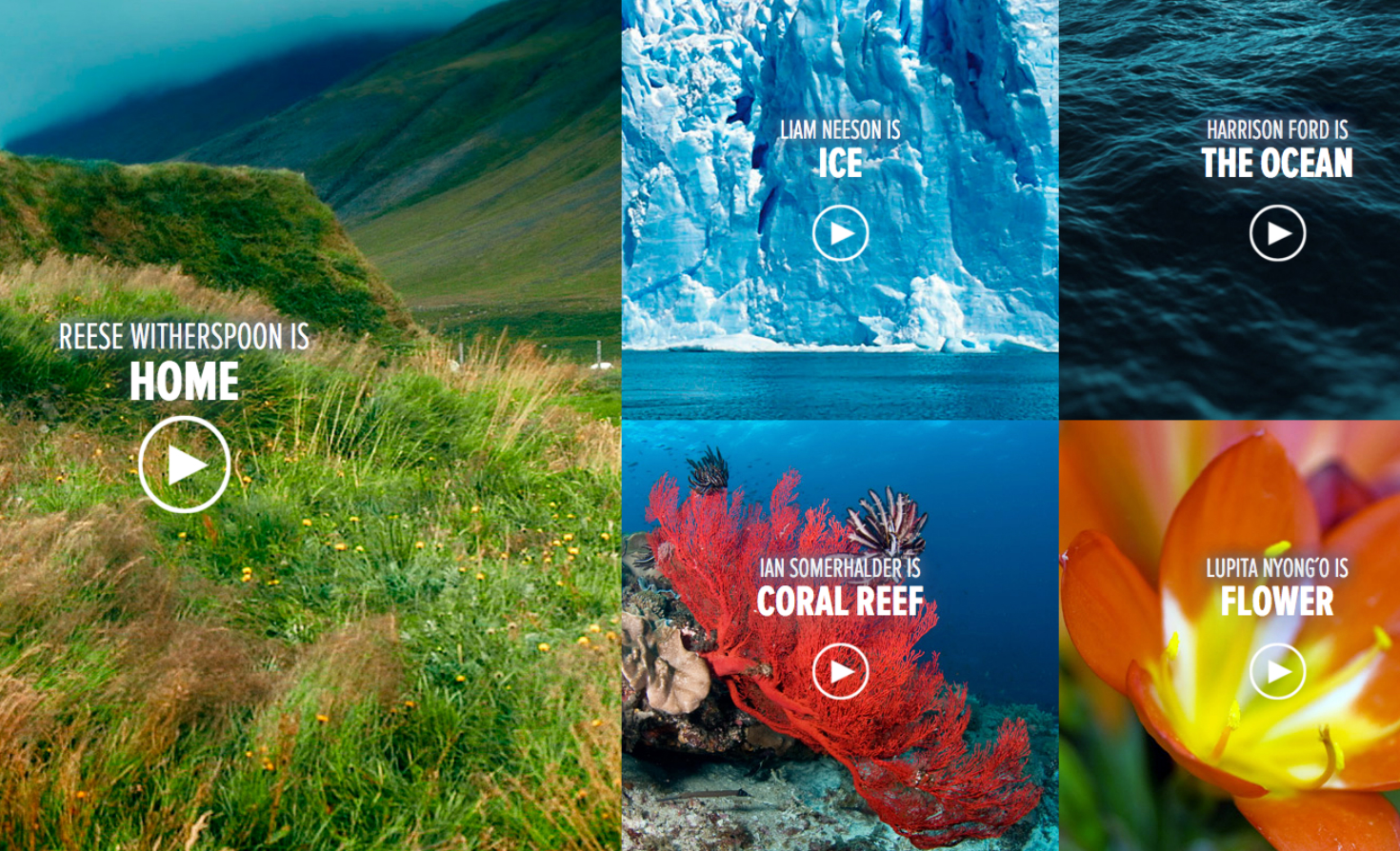 Internal software is also key for creating corporate strategies. VF, the umbrella company for apparel brands including Wrangler, Jansport and the North Face,  uses powerful platforms to understand its core consumers. That has "allowed us to really focus and amplify not only our culture but also our message," said Stewart Whitney, president of Timberland, which VF purchased in 2011.

In a standing-room-only breakout session on storytelling at GreenBiz 16, most hands rose when asked if they faced communications challenges in their work.

If you create a campaign that effectively sells sustainability, "your ability to contribute to the company may go through the roof more than any written business case could," said Townsend.

When selling sustainability, there are a variety of mindsets to win over. Townsend broke them down into three types, based on Values Modes research from the 1970s.

Big-picture thinking motivates so-called "green pioneers," the type to install solar power at home for all the big-picture reasons such as reducing emissions. Most of the GreenBiz 16 audience raised their hands to identify with these trailblazers.

Yet more immediate and local concerns concern others, known as "brick settlers," for whom Townsend said the idea of a global scale is almost mythical. These people would install solar panels to seek energy independence. Such locally focused consumers may know their elderly neighbor needs help getting out to buy groceries, for example, while the "green pioneer" is clueless about her plight, pursuing global causes instead.

The third type of mindset, the “gold prospector,” by contrast, "lives in a world of the self," Townsend said. These people would install solar panels only if they shone from the front of the house (and if they featured mirrors?). Few hands in the conference ballroom admitted to being "gold prospector" types. However, Townsend said, this describes you if you paid more than $40 for your shoes (probably the entire room).

PwC’s chief purpose officer and corporate responsibility leader, Shannon Schuyler, echoed Townsend’s advice to know who you’re targeting, yet she honed in on the millennial generation. 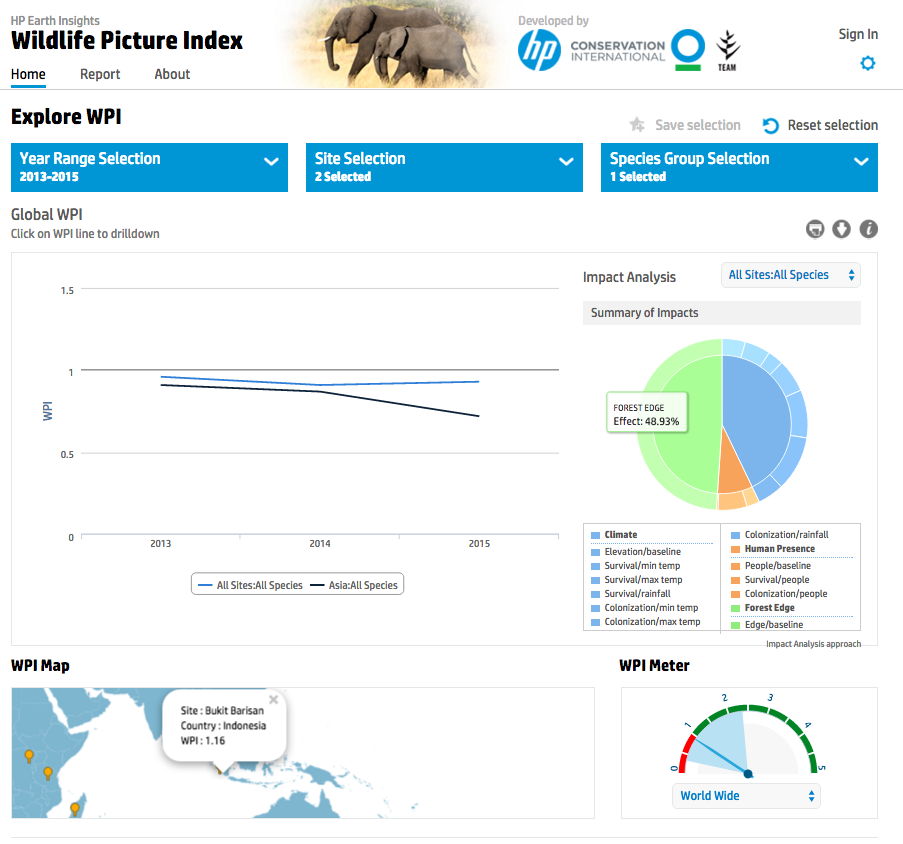 Sustainability professionals are often misguided by how to reach consumers born between the early 1980s and early 2000s, she said. And this crowd doesn’t necessarily fit the stereotype of wanting to "save the world" — at least not until they’ve already worked a few years.

In other words, if your company aims to secure younger talent, pay attention to their sense of purpose. First, the purpose of someone fresh to the job market is to find a job, Schuyler said. Plus, only after about three years at the desk does the young worker’s sense of personal purpose deepen, along with an understanding of the organization’s overall purpose.

"We’ve been trying to say, ‘Hey, let’s figure out how to help you save the world,'" Schuyler said. What ultimately matters? "It’s not the what, it’s not the how, it’s the why."

Finally, fear of melting ice caps and dying species may motivate some to act, but catastrophic thinking also numbs the mind. Maybe it's time to rewrite the doom-and-gloom narrative. Paul Hawken advocated for becoming "fearless and smart."

"I’m not hopeful because hope is a mask of fear. There’s no hope unless you have fear. ... We want to be fearless and smart and say ‘let’s do it’ instead of being hopeful, which is kind of a passive position."