How these U.S. cities are aligning energy markets with their clean energy goals

In two-thirds of the United States, electricity generation is bought and sold in markets managed by membership-based nonprofit agencies called Regional Transmission Operators (RTOs) or Independent System Operators (ISOs), which were not designed to support low-carbon energy or emerging renewable technologies. These organized wholesale electricity markets do provide several benefits, including increased competition, transparent energy pricing, efficient generation dispatch and balancing of renewable energy across wider geographies. RTOs and ISOs also develop rules that dictate how new technologies can participate in the markets they manage, design tariffs that drive investment, manage transmission expansion and often interact with state policies. Because these markets were designed initially for grids comprised predominantly of large fossil fuel generators, market operations and rules can have a profound impact on clean energy development.

And yet, the cities and communities responsible for consuming and setting clean energy targets historically have had little influence on their wholesale electricity markets’ policies and operations. That may change with the emerging PJM Cities and Communities Coalition (PJM CCC).

In late 2018, cities within the PJM Interconnection territory, such as Philadelphia, Cleveland and Chicago, began to question why city governments were largely absent from conversations that could have such a large impact on their regional energy systems. PJM interconnection used to cover Pennsylvania, New Jersey and Maryland, which is where it derived its name, but today is an RTO that covers many mid-Atlantic states and parts of the Midwest, including numerous cities and communities with ambitious climate action goals. Cincinnati, for example, is targeting 100 percent renewable energy for government use by 2035, while Washington, D.C., aims to use 100 percent renewable energy by 2050.

But the electricity that makes up the PJM market doesn’t reflect these ambitious goals. In 2019, only 3 percent of PJM electricity generation came from wind and solar. The rest of its generation was from coal (24 percent), nuclear (34 percent), natural gas (36 percent) and other sources (3 percent). PJM is already notorious for lagging behind in renewable development compared with other RTOs, and in 2019, over 80 percent of its new generation resources were natural gas plants. If these trends continue, the region could lock in emissions and make it difficult for cities to meet their clean energy goals.

The emergence of city voices on wholesale market issues is an important development, considering increasing interest from experts and advocates to diversify input on the market’s governance.

With the exception of municipal utilities, city involvement at the wholesale market level generally has been limited due to the high level of expertise needed to engage and limited capacity for staff to get involved. Realizing that organized, ongoing, multi-city collaboration could be key to overcoming these barriers, cities within the PJM territory began to explore how they could build a coalition to create a louder voice. Leveraging an innovation grant through the Urban Sustainability Directors Network, the cities began tracking issues in the PJM market and exploring opportunities to engage in wholesale market discussions.

Then the cities got to work. After developing a coalition governance structure and a format for providing member education in 2019, the PJM Cities and Communities Coalition (PJM CCC) is a growing, chartered coalition with eight official city members, four cities in the charter adoption process and many others expressing interest in participating. These cities are dedicated to removing and preventing barriers to decarbonization in the PJM territory. In its first year, the coalition used its collective voice to urge the PJM Board of Directors to prioritize a new CEO who could move the market toward a clean energy future, joining a chorus of other stakeholders that included environmental advocates and state attorneys general. The coalition also invited external subject matter experts to educate members on the proposed expansion of the Minimum Offer Price Rule (MOPR) and the impact it could have on cities’ planned renewable energy purchases. As both large electricity users and public entities, the cities continue to track this proposed rule, which raises the bidding price for new renewable resources in PJM’s capacity market and is estimated to potentially cost consumers $1 billion to $2.6 billion annually while reducing renewable energy development.

The emergence of city voices on wholesale market issues is an important development, considering increasing interest from experts and advocates to diversify input on the market’s governance. Utilities and generators traditionally have had a strong role in directing PJM decision-making. As a membership-based organization, decisions made within PJM move through the RTO’s official stakeholder process and are voted upon by members who are mostly generation owners, power suppliers and transmission owners. PJM also allows non-member stakeholders to engage in its stakeholder processes, although without a voting role. While it anticipates that some participating cities will choose to become formal voting members, in the interim, the PJM CCC is engaging with the PJM through direct communication and public comment.

The PJM CCC plans to engage on wholesale market rules that impact low-carbon energy resources and solutions such as renewable energy, demand side management, energy efficiency and energy storage. In addition, the PJM CCC supports stakeholder processes that are inclusive and policies that maintain access, transparency and accountability in PJM governance and operations. The cities will support efforts to align decarbonization goals within the PJM territory, including at the RTO, state and utility levels.

PJM recently launched an additional State Policy Solutions Group intended to connect subject matter experts at PJM with states to work on topics that straddle state policy and PJM functions. This encouraging sign highlights increasing interest from PJM to improve its stakeholder outreach and relations. PJM leadership also has been responsive to the coalition and is exploring ways to work with the cities and address their concerns. Through the PJM CCC, sub-state actors with similar climate and clean energy goals have a platform to present a collective and unified voice when strategically engaging with their RTO.

To learn more about how cities can get involved in the PJM CCC, visit pjmccc.org. 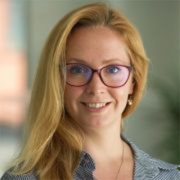 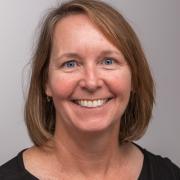 Collaborative resource planning by utilities and customers benefits both

See all by Heidi Bishop Ratz