I'm not a fan of Brexit, Trump or the Extinction Rebellion. Although all three raise awareness of trade, equality and climate, they offer few credible solutions. Yet such disruptions provide a transformative opportunity for world leadership, a springboard to address the clear and present danger of climate and planetary boundaries, to deliver on the United Nations 2030 Sustainable Development Goals and halve carbon emissions every decade.

We need rapid political and financial actions that seize the power of the current moment, of Brexit or the U.S.-China trade war, not just to replicate the EU common market or WTO, but to create something better.

For me, the United Kingdom's new prime minister, whoever it may be, could deploy five green silver bullets to expedite and simplify global action to tackle climate breakdown.

The first addresses world trade and energy use: WTO tariffs on goods and services must reflect the full cost of energy, carbon emissions, and resource use. Such a move inevitably favors localism. It helps deliver not just on the Paris Accord, but on the concerns that have driven "America First" and Brexit. It would mean tariff wars, if we must have them, are driven by issues that are in everyone's common interest, rather than xenophobia or nationalism. Simply put, to be great at trade, countries must have low carbon energy grids, be resource efficient, evolve service economies or manufacture more locally and seasonally.

Next is a challenging but important new Earth tax, an 8 percent tax on incomes above $127,000, combined with a further fractional Tobin-like tax on financial and asset trading. This would provide a global fund to be spent within the originating nation and internationally to help deliver on U.N. sustainability goals and provide essential infrastructure. It also would serve to balance overall inequality in wealth creation and ownership, whilst enabling a form of mandated philanthropy organized around global and national objectives.

We need rapid political and financial actions that seize the power of the current moment ... not just to replicate the EU common market or WTO, but to create something better.

The third bullet comes in the form of Energy Pensions. The United Kingdom already gives free bus passes, but why not provide pensioners the option of beneficial low carbon solutions in return for a proportion of their pension obligation? This could include energy, transport, and car-sharing services. Typically, over 7 percent of retirement income is spent on household energy. This amounts to over $636 billion in forwarding liability to pay pensioner energy bills in the United Kingdom and $6.3 trillion across Europe. A similar proportion is spent on automotive and travel costs. Nations and companies with unfunded obligations could both write down pension deficits and fund low carbon and transport infrastructure.

All these proposals support funding a fourth silver bullet of accelerating electrification through renewables, storage and electric vehicle adoption. Countries soon could have hundreds of gigawatt hours (GWhs) of batteries in electric vehicles and homes, which could be managed to store and shift solar and wind resources, further reducing carbon costs and reliance on fossil fuels in the process. Smart technology and artificial intelligence could be embedded in these technologies to help avoid billions of dollars of network upgrade costs and cut energy costs for consumers.

The fifth and final bullet would be to plant a Billion Acre Forest to replace what has been lost over the last 50 years. The world loses a Belgium-sized forest annually, but we need to re-plant an area equivalent to 200 billion trees to enable a net zero emission economy. This will require an accelerated shift in land-use, enabled by fewer cattle, more vegans and cutting edge food innovations.

The world loses a Belgium-sized forest annually, but we need to re-plant an area equivalent to 200 billion trees to enable a net zero emission economy.

Fascinating work is underway in the field of aeroponics where food is grown in mist or fog that uses significantly less water, while vertical farming and drones to manage fertilizer and watering, as well as aid seed planting or create mangrove plantations on coasts, all promise to boost yields at the same time as curbing land use. Equally if every bottle top from the 1.9 billion Coca-Cola products the world drinks daily contained a tree seed/germinator, then this waste quite rapidly could plant millions of trees towards this goal, helping to re-create the world's natural carbon sinks whilst literally greening the planet.

All this is possible with ongoing technology innovations and could be driven by clear economic savings. But it needs political and corporate action now, if the world is to deliver the rapid emissions cuts required every decade if we are to avert climate breakdown and ensure future prosperity for all.

We need these silver bullets fired today to avert a crisis. The world only has seven months left to organize itself for the most critical decade in its history. We better get on with it. 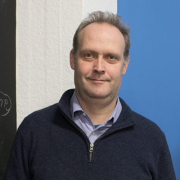 See all by Simon Daniel