How the U.N. is taking action on flight emissions

During that first flight in Kitty Hawk, we can be quite sure that Orville and Wilbur Wright were not thinking about how much carbon dioxide their contraption was spewing. These emissions are, however, why government negotiators, airlines and civil society gathered in Montreal a short time ago.

In May, the U.N.’s International Civil Aviation Organization (ICAO) hosted the High-level Meeting on a Global Market-Based Measure Scheme. I had the privilege of representing the American Carbon Registry, under the banner of the International Emissions Trading Association (IETA). To set the stage, here is a bit of background on what brought us together, more than 100 years after the birth of air travel.

Aviation contributes some 2 percent of global CO2 emissions, with that share projected to rise. Unfortunately, as people and goods fly between nations, the climate impact has been everyone’s fault and is no one’s responsibility.

European regulators sought to change that by announcing that all flights within, to or from the European Economic Area (EEA) would be covered by the EU’s cap-and-trade program from 2012. However, faced with strong resistance from a number of countries, including the U.S., the EU held off. ICAO was granted a window to develop an alternative, so for now, only flights wholly within the EEA are covered.

Anticipated expansion of the aviation industry is forecast to far outstrip efficiency improvements.

ICAO is due to finalize its plan, effectively its proposal to the EU, in early October. In large part, the blueprints can be summarized in one word: offsets. ICAO’s "aspirational goal" is that growth in emissions after 2020 will be carbon neutral. More efficient engines, satellite-based navigation systems and other advancements are expected to help. Unfortunately, anticipated expansion of the aviation industry is forecast to far outstrip efficiency improvements.

Barring dramatic progress with alternative fuels, offsets will bridge the gap, and the volume ultimately needed could be massive. ICAO’s Committee on Aviation Environmental Protection (CAEP), projects annual offset demand ranging from 142 to 174 million tonnes in 2025, increasing to 443 to 596 million tonnes in 2035 — the year through which the program is initially slated.

Much of the three-day meeting in Montreal was consumed with deliberations over how responsibility for emissions reductions will be allocated among nations. As for offsets, those from CDM and its successor are being given foremost consideration, but draft language does not exclude other programs.

Emissions Unit Criteria (EUC) are being developed, allowing potential acceptance of any offsets that meet the requirements; to date no offset project types or programs have been specified as in or out.

Further, while offsets from developing countries and the aviation sector’s uncapped emissions are encouraged, these too are not requirements.

The EUC currently prescribe (PDF) that offsets are additional; are based on a realistic and credible baseline; are quantified, monitored, reported, and verified; have clear and transparent chain of custody; represent permanent emissions reductions; safeguard against a potential increase in emissions elsewhere; are only counted once towards a mitigation obligation; and do no net harm.

Among ICSA's positions is that the 2020 cap should serve only as a starting point.

The CAEP continues to refine the meaning of the requirements, working against a deadline of 2018. Opinions within the CAEP appear fairly divergent. Particularly vocal has been the International Coalition for Sustainable Aviation (ICSA), an assemblage of six environmental groups.

Among their positions are that the 2020 cap should serve only as a starting point, and that offset projects should exclude (PDF) those based on: HFC-23; adipic acid; carbon capture and storage; large hydro; nuclear power; and fossil fuels.

The final day in Montreal saw deliberations dominated by Singapore’s proposal for a "pre-implementation phase," during which countries would set their own emissions reduction targets. Unclear were the purpose and timing of such a pilot phase. While many countries voiced support, others, including the U.S., the UNFCCC, and IETA, expressed concerns about wavering ambition and delay of meaningful action.

While acknowledging that the opportunity to learn and work through problems could be of value, it was pointed out that this could take place before 2020 with existing carbon market infrastructure.

A looming challenge yet to be addressed lies in the international accounting of emissions. Post-Paris, every country is making commitments, and emissions inventories are national and all encompassing. Any "offset" impacts a national inventory.

Perhaps the most important question remaining is whether the EU will see ICAO’s proposal as sufficiently credible and ambitious. Recent comments in Brussels note the contrast between ICAO’s goal and that of the EU, whose greenhouse gas emissions are to be 40 percent below 1990 levels by 2030.

If ICAO’s plan is rejected, Europe’s cap-and-trade program is set to reassert jurisdiction over flights in and out of the continent Jan. 1. We’ll know by year-end whether European leaders have the appetite to reignite an international row. 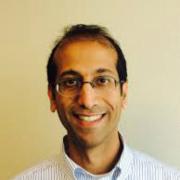 See all by Arjun Patney