The Glass Recycling Coalition, with members from glass manufacturers to end markets, is providing tools and resources to spur participation and innovation.

New Belgium Brewing's largest source of greenhouse gas emissions is the same every year. It's not the ingredients it uses to make its beer or the trucks that distribute its product. It's the glass bottles.

Katie Wallace, director of social and environmental responsibility for New Belgium Brewing, wanted to reduce her company's emissions from glass but also recognized that the company only sells about 0.5 percent of all beer sold in the United States. Because she couldn't incite large-scale change solely by changing New Belgium's own practices, she decided to talk with leaders of other companies and of non-profits that have a stake in glass recycling. She figured that together they may be able to help generate ideas to address the issue. What's more, if this group adopted the practices together, it could increase glass recycling and decrease emissions from glass in a significant way.

Around the same time Wallace began her search for collaborators, Roberta Barbieri, formerly the global environment director at Diageo and today the vice president of global sustainability at PepsiCo, was challenged to address the lack of recycled content in Diageo's glass bottles in North America. Her Ireland-based supervisor said, "All of our regions are making progress on the goal to increase recycled content in our glass bottles. Why can’t North America?"

That question spurred Barbieri to embark on a research project for the answer. As she spoke with representatives from each part of the glass supply chain (glass manufacturers, waste haulers, processors, end markets, consumer brands), it became clear to her that many players wanted glass recycling to succeed in the United States but preferred certain approaches.

Amazingly, up to half the glass collected in single-stream recycling is unsalvageable mainly due to contamination.

For example, some supply chain players were more interested in a policy solution (deposit-refund system). Others were opposed to such approaches because they saw it as costly to set up and felt the focus should instead be on advancing curbside recycling. These conflicting agendas pitted different parts of the glass recycling supply chain against each other and had been stifling progress on glass recycling for years.

Barbieri's efforts were timely given that the United States consumes a lot of glass. In fact, about 27 billion glass food and beverage containers were produced in the country in 2017 with roughly 80 percent used for beverages and nearly 60 percent destined for the beer market.

Far from all glass is recycled. In 2015 (PDF), only 26.4 percent of all glass and nearly 41.9 percent of beer and soft drink bottles were recycled in the United States even though glass is 100 percent recyclable and can be recycled endlessly without loss in quality or purity.

Glass recycling faces several challenges. It is difficult to separate from other materials collected in single-stream recycling bins, particularly if it is not removed early in the sorting process. Amazingly, up to half the glass collected in single-stream recycling is unsalvageable mainly due to contamination. Glass is also heavy to transport, a potential hazard to haulers, complicated by different colors and hard on equipment. Furthermore, it often involves paying someone to process, especially when contaminated with other materials.

With these challenges and the poor market conditions due to China's import ban, materials recovery facility (MRF) operators are re-evaluating which commodities they will recycle. The annual cost (PDF) for a MRF that generates 15,000 tons of glass per year is around $500,000 ($35 per ton, including discounted disposal fees and transportation). In total, MRFs spend more than $150 million a year to dispose of single-stream glass. The cost in large part depends on the distance to the landfill or processor because glass is heavy, and some MRFs do realize a profit in their capture and recycling of glass despite the challenges. 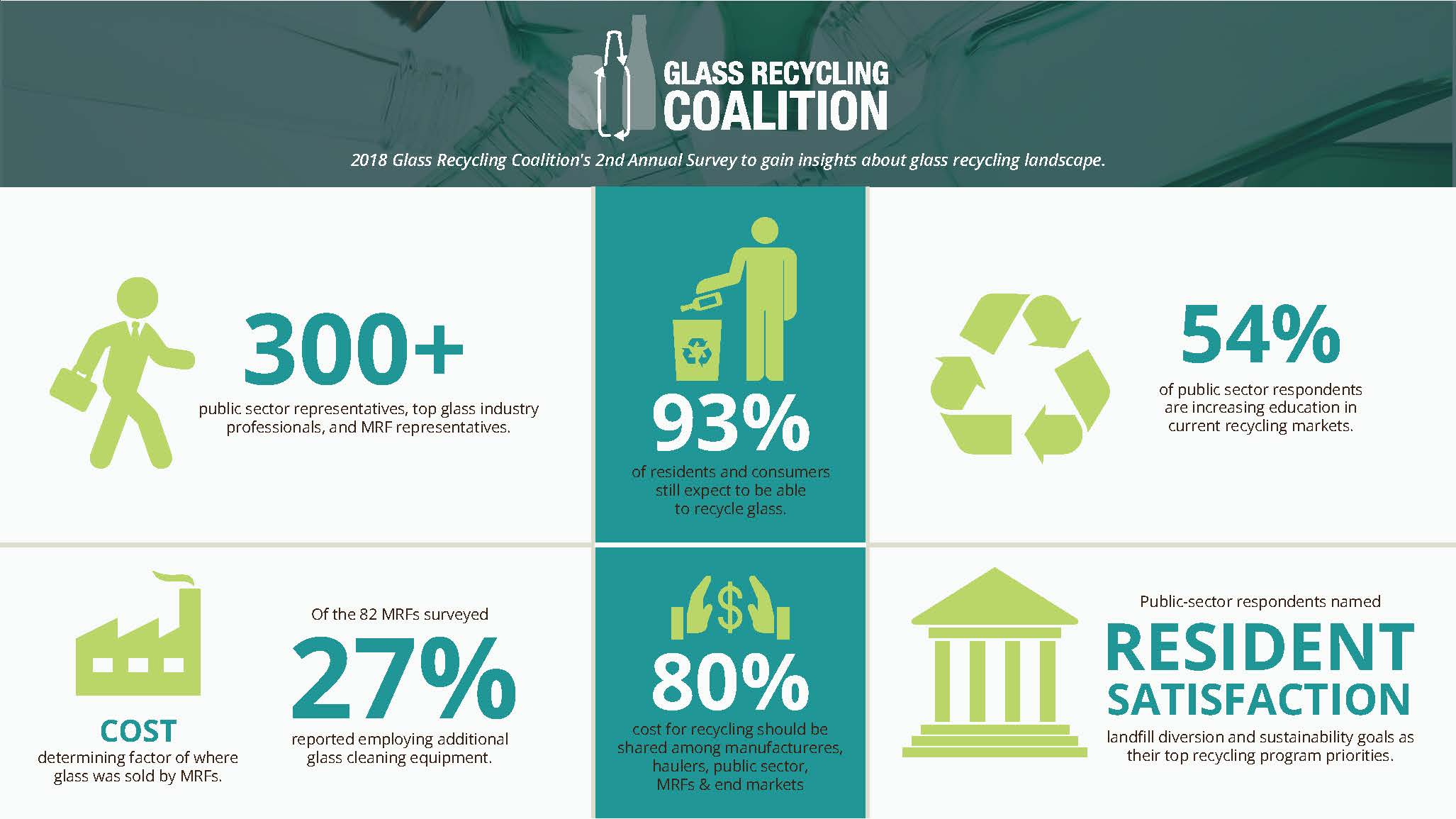 The lack of reuse means missed opportunities to save on energy costs, avoid virgin material use, extend the life of plant equipment and reduce carbon emissions. Energy costs are reduced about 2 percent to 3 percent for every 10 percent of cullet (such as recycled glass) used in the manufacturing process. To put it in perspective, recycling one glass bottle saves enough energy to light a 100-watt bulb for four hours, power a computer for 30 minutes or operate a television for 20 minutes. The material savings are also significant. For every ton of glass recycled, more than a ton of raw materials is saved.

Creation of the Glass Recycling Coalition

Barbieri realized that representatives across the supply chain had never come together to focus on their mutual desire to make glass recycling work in the United States. Seeking to change this, Barbieri joined forces with New Belgium's Wallace, Lynn Bragg from the Glass Packaging Institute and Jim Frey and Michael Timpane from the sustainability and recycling consulting firm RRS. The result: the first gathering of what would become the Glass Recycling Coalition (GRC), a supply chain collaborative to support glass recycling.

The first meeting of representatives from across the glass recycling supply chain took place in May 2015 in a conference room at Diageo's North American headquarters in Connecticut. Having all these representatives attend was a victory in itself, although there was no guarantee of success. With the help of external facilitators Michael Washburn and Paul Gardener, the group focused on the common ground of the need to increase glass recycling and avoided the details of how to do so — as that was the group's main source of tension — to prevent derailment of the discussion.

Recycling one glass bottle saves enough energy to light a 100-watt bulb for four hours, power a computer for 30 minutes or operate a television for 20 minutes.

Barbieri recalled that the day-and-a-half event started with many arms crossed and a pervading skepticism. But, by encouraging honesty and emphasizing shared interests, Barbieri said the group was able to build trust among the participants, a critical step in developing shared solutions. About a year after this meeting, this collective was formalized as the GRC, one of the only organizations of its kind that represents the entire supply chain related to a particular material.

The GRC formed with less than 20 members in 2016. Today, its membership has more than doubled and includes advisory members and a government advisory council. The focus remains collaboration and improving the glass recycling system. GRC member organizations convene 12 times per year, including twice in person, to keep apprised of glass recycling developments and discover ways to collaboratively address barriers.

To meet its mission, the GRC supports the most accessible and viable glass recovery and recycling options for consumers, encourages financially sustainable mechanisms that produce quality cullet and strengthens glass markets. Its work is achieved through three active committees: interventions; communications; and stewardship.

In addition to facilitating dialogue across the supply chain, the GRC uses membership dues to provide a variety of tools that help businesses and communities advance glass recycling. One helpful tool is a map of MRFs, processors and drop-offs that accept glass. GRC also produces regular case studies, conducts webinars and provides MRF equipment grants.

How to increase the rate of glass recycling

Bottlers and consumers love glass, and it can be economical to recycle glass when done right, but glass has become more difficult to collect for a variety of reasons. What are some ways that GRC and others are bridging this gap?

1. Increasing the availability of drop-off sites. Ripple Glass, a GRC member, noticed in 2009 that Kansas Citians threw away 150 million pounds of perfectly good glass. Ripple constructed a state-of-the-art processing plant and placed dedicated glass recycling containers throughout the Kansas City metro area. It then found customers for the recycled glass including a business that turned amber glass back into the bottles and a nearby glass insulation manufacturer. Since its launch, Ripple has more than quadrupled the rate of glass recycling in the Kansas City metropolitan area. Further, its drop-off sites have generated higher recovery rates than single-stream. Collecting glass separately outside of the single-stream results in an up to 98 percent recovery rate.

2. Encouraging deposit laws and incentives. Ten states and Guam have adopted deposit-return systems (bottle bills) that require deposits from retailers and consumers when buying glass as a way to incentivize its return. According to the Container Recycling Institute, states with such systems have an average glass container recycling rate of just over 63 percent. The public sector is not the only one offering deposit-return incentives. In 2010, Bayern Brewery in Montana became the first brewer in Montana and one of the only ones in the nation to wash and refill its own glass. To incentivize people to return bottles, it gives a small refund for every 12-ounce amber bottle brought to the brewery. This reuse operation makes good business sense; in 2016, about 700,000 bottles were returned and that translated into about a $50,000 savings for the company. The reuse at Bayern inspired the launch of Conscious Container, an effort to reduce the number of glass containers that end up in landfills. Conscious Container partnered with Great Basin Brewery in California to start reusing bottles. In Oregon, seven breweries recently agreed to use specially designed thicker refillable bottles that easily can be separated in the existing bottle deposit system. These bottles can be re-used 40 times.

3. Supporting MRF improvements. The key to processor demand for cullet is clean glass (not contaminated with other materials). Timpane said, "The more you clean it, the more valuable it is." Hence, a large part of the GRC’s MRF best practices (PDF) focuses on cleaning. Unfortunately, there is a lot to clean up in single-stream systems. Strategic Materials Inc. (SMI), the country’s largest glass-recycling company, noted that when glass arrived at its plant 20 years ago, it was 98 percent glass and 2 percent other materials such as bottles caps and paper labels. Now it's only 50 percent glass with things such as rocks, shredded paper and chicken bones intermixed. Still, a Closed Loop Fund report found that there is a $25 per ton or more savings from installing glass clean-up systems at the MRF.

4. Developing new end-markets. Recycling glass into bottles is considered the highest and best use because it can be recycled many times over. An estimated 80 percent of all glass containers recovered for recycling are used in the manufacture of new glass containers. However, other uses of recycled glass exist including fiberglass insulation, alternate daily cover for landfills, sand blasting and water filtration media and road base aggregate. One notable processor is Momentum Recycling in Denver. It built an $11 million plant that annually can process 300 million beer bottles. In addition to making new beer bottles, Momentum also has found markets for the fines (undersized glass) including abrasives and filtration. More plants such as Momentum’s are likely because demand should increase as more companies commit to using higher amounts of recycled glass. Owens-Illinois, the world's largest maker of glass bottles for food and beverages, has a goal of using more than 60 percent recycled glass in its manufacturing across its plants worldwide.

Although the economics of glass recycling have proven difficult, people want the ability to recycle glass. The GRC's 2018 survey (PDF) of more than 300 public sector, MRFs and end market representatives found that more than 90 percent of each group indicated that their residents/customers expect to recycle glass. The GRC continues to provide the tools and dialogue necessary to meet this expectation and to increase recycling of glass, the ultimate renewable resource. 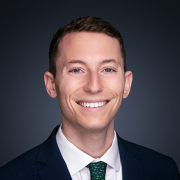 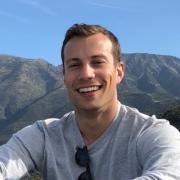 See all by Scott Breen